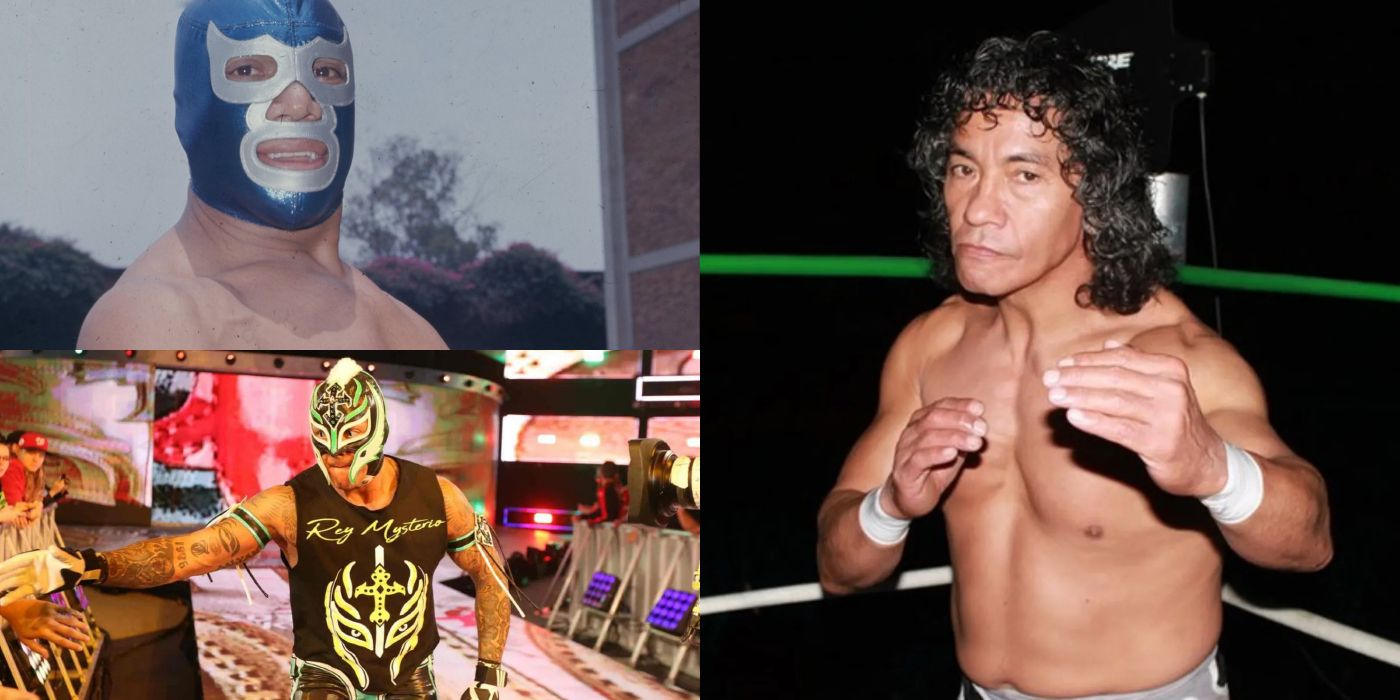 10 greatest wrestlers in the history of Lucha Libre

If North American pro wrestling fans were to be asked about the greatest wrestlers of all time, answers would likely include old school legends like Ric Flair and Randy Savage, Attitude Era favorites like Steve Austin. and The Rock, and maybe a founding talent like Lou Thesz. for good measure. Some may include Japanese legends, but for some reason it’s easy for many fans to overlook Mexican lucha libre stars, Rey Mysterio notwithstanding.

It’s a shame, because lucha libre itself has a rich history with many talents, many of whom have gained international recognition and influenced the sport overseas. Let’s take a look at 10 of the greatest luchadores of all time – both masked and unmasked performers – including several that North American fans will surely recognize.

Debuting in 1963, Mil Mascaras eventually became a sports icon, following in the footsteps of El Santo and Blue Demon by starring in films and becoming a pop culture institution. He also proved to be an international sensation, having popularized the lucha libre style outside of Mexico, notably with WWE, where he worked with the company to convince the New York State Athletic Commission to allow professional wrestlers to wear masks. Although it has been a source of controversy over the years, Mascaras’ influence cannot be underestimated.

A longtime staple of Mexican promotion for decades, Negro Casas is a luchador whose fans compare regularly to Ric Flair in terms of longevity as a performer, and still struggles today despite being in his 60s. Fans have praised Negro Casas for his remarkably consistent ability in the ring, noting that he’s had great matches with just about every lucha libre star since he rose to prominence in the 1980s. that he had big feuds with Mistico and countless others, Negro Casas’ biggest feud was with fellow living legend El Hijo del Santo, with their 1997 apuestas match winning praise.

Fans may be familiar with Blue Demon Jr., who has appeared on WWE programming as well as Underground Luchabut his adoptive father, the original blue demon, is another one of those iconic masked luchadores who’s starred in a ton of movies, with his oft-imitated blue and silver mask. Initially a heel, Blue Demon became babyface after El Santo defeated and unmasked Demon’s tag team partner Black Shadow in a historic match.

Despite his babyface status, Blue Demon would go on to be one of El Santo’s legendary great rivals during his career, dethroning the legend of the NWA World Welterweight Championship and enjoying a career spanning four decades.

The aforementioned Mistico is best known to North American wrestling fans as the WWE original Sin Cara, who developed a reputation for regularly botching moves as he slipped into the undercard. It’s such a shame, because Mistico was one of Mexico’s biggest draws and CMLL’s top babyface for the five years before he signed to WWE, and has since reunited with the gimmick that made him famous in 2021. A gifted competitor in the ring, Mistico is also ridiculously decorated, having held multiple titles at the same time.

Perro Aguayo was a name that made headlines in the 2010s, as El Hijo del Perro Aguayo tragically died in the ring in 2015. The elder Aguayo died in 2019 and left a tremendous legacy in lucha libre. Playing from the 70s to the 90s, Perro Aguayo was a huge draw in his day, notably taking on El Santo as the last big feuds of the latter’s career, including a bloody hair mask. apuestas match in 1975. In the ring, Aguayo was a hardcore Terry Funk-like brawler, with a willingness to bleed copious amounts of blood.

Another unmasked legend, the highly decorated Ray Mendoza was a boxer who retired due to injury to find even greater success in lucha libre, where he was one of the greats Rudos (villains) of his time. He also ended up co-founding his own promotion, the Universal Wrestling Association. Internationally, Mendoza was prominent in North America’s National Wrestling Alliance, becoming the first Mexican to win the World Light Heavyweight Championship, which he held five times during his career. On top of all that, Ray Mendoza’s five sons have followed in his footsteps as masked Villanos.

El Santo has been referenced several times at this point and will be covered below. But special attention should be given to his son, El Hijo del Santo. To call El Santo an icon sounds like an understatement, and pro wrestling is teeming with second-generation talent who have proven to be rans too, so for El Hijo del Santo to reach anywhere near his father’s heights is a miracle.

By many accounts, El Hijo del Santo is actually considered a better performer in the ring than his father, and is further considered to be one of the best Mexican wrestlers of all time, having competed in CMLL, the ‘AAA and even WWE.

North American fans are of course familiar with the Guerrero name from Chavo Sr., Eddie and Chavo Jr., among others. But Chavo Sr. and Eddie’s father, Gory Guerrero, is not only the originator of the Guerrero dynasty of wrestlers, but also one of the greatest of all time. In his heyday, Gory Guerrero was part of a legendary team, La Pareja Atomica, with El Santo, and put a huge match with NWA Champion Lou Thesz in Mexico in 1954. A technically gifted wrestler, Guerrero innovated a number of moves, including the Gory Special, the Gory Bomb, and the Camel Clutch.

At this point, Rey Mysterio Jr. – often simply referred to as Rey Mysterio – has spent more time wrestling in North America than in Mexico, but he still deserves his GOAT status when it comes to lucha libre. Wrestling for AAA in the early to mid-1990s, Mysterio moved on to WCW and later WWE, where he made the high-flying cruiserweight style a go-to for many fans. Still wrestling today, Mysterio is easily one of the most popular luchadores in the world, and to many he is the masked wrestler from Mexico.

It’s finally time to talk about El Santo, one of the the most untouchable icons in all of pro wrestling – not just Mexico. Rising to prominence with the gimmick in the 1940s, El Santo’s eventual babyface turn did ridiculously popular, and his status as a pop culture icon was cemented by his starring roles in a myriad of films from the 1950s through the early 1980s as he fought huge matches with rivals like fellow legends Blue Demon, Perro Aguayo and Negro Casas. More than just a professional wrestler, El Santo has become a cultural icon and folk hero – the kind that Mexicans make statues of.