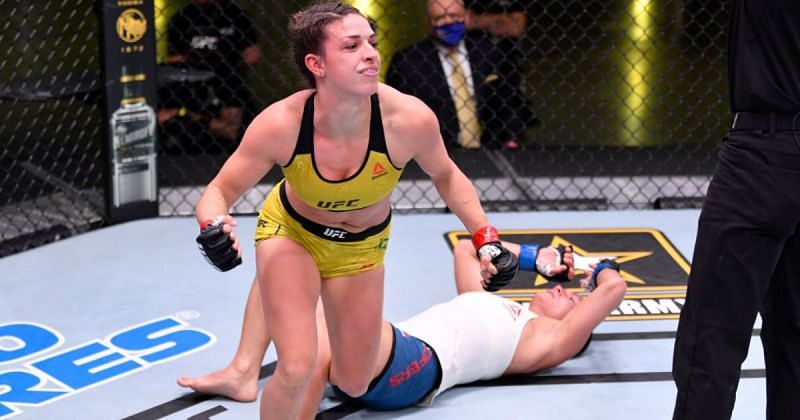 When the UFC was born as a concept almost 30 years ago, the idea behind it was to find out what was the most dominant martial art. As everyone knows, Royce Gracie’s Brazilian jiu-jitsu won the day.

The UFC has changed a lot since 1993, with forwards and wrestlers dominating inside the Octagon. However, Brazilian jiu-jitsu has always remained a staple in any UFC fighter’s arsenal.

That being said, it’s no surprise that many legends in the Brazilian jiu-jitsu world have tried their hand at MMA and UFC, often with very different levels of success.

Some of these fighters were able to reach the top of the UFC, while others simply struggled for traction. So without further ado, here are five Brazilian jiu-jitsu legends who have joined the UFC.

After Royce Gracie’s massive success in early UFC events, it should come as no surprise that a number of the Gracie family have entered the Octagon since.

Renzo, Rolles, and Kron Gracie have all entered the Octagon with varying degrees of success. Roger Gracie is probably the most accredited member of the family to fight in the UFC when it comes to grappling.

A true legend in the Brazilian jiu-jitsu world, Roger’s wrestling record stands at a barely believable 67-7-1, with wins over Fabricio Werdum, Ronaldo ‘Jacare’ Souza and Demian Maia on his record.

Even more impressive, having lost seven times in grappling matches, Gracie has never been submitted in competition. Unfortunately, his MMA career, especially his run with the UFC, was nowhere near as successful as his time as a grappler.

Gracie entered the UFC in 2013 after setting a 6-1 record, mostly in Strikeforce. In fact, his last fight under that banner was a submission from current UFC light heavyweight contender Anthony Smith.

However, his only appearance in the UFC saw him well beaten by Tim Kennedy, who largely ended his stellar grappling game and managed to make a clear decision. The fight was Roger’s only UFC fight, as he was cut soon after, apparently due to his contract being expensive.

Although he won two fights in ONE Championship after his stint in the UFC, he hasn’t fought in MMA since 2016 and instead returned to the world of Brazilian jiu-jitsu.