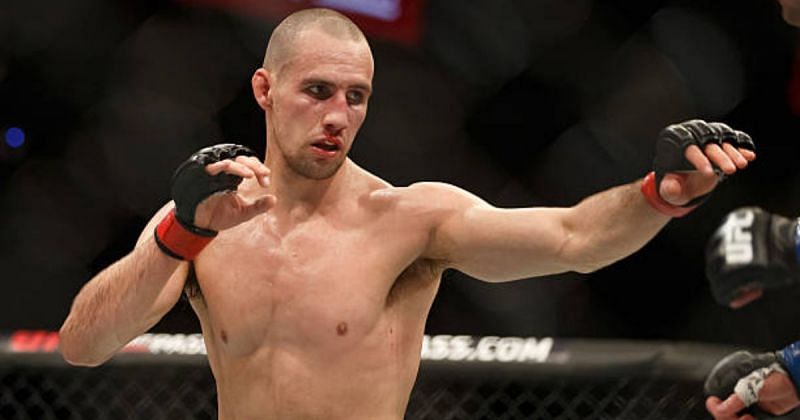 
Bad judging decisions have always been a common occurrence in the sport of MMA. While we can be indulgent with the judges in a competitive battle, there have been instances where a fighter who seemed to be on the way to victory ended up losing the fight.

Champions with much vaunted prospects, all have been victims of bad judgment. Nowadays in MMA we call it a “theft”.

Some of those decisions didn’t appeal to the MMA community either. Today we take a look at five of those judgmental decisions that have infuriated MMA fans.

Veteran MMA Lyoto Machida’s first title defense was against Mauricio Rua at UFC 104 in 2009. He beat Rashad Evans in his previous outing to win the light heavyweight championship.

Machida and Rua were able to stretch the fight from a distance at UFC 104. During their fierce fight, “Shogun” constantly set Machida on fire with his searing kicks in the legs.

Rua apparently controlled the majority of the fight and beat his compatriot in four of the five rounds. He was aggressive in his approach and it looked like Machida was going to be dethroned.

However, all three judges scored the contest 48-47 in favor of ‘The Dragon’. During Machida’s post-fight interview, the crowd erupted into boos at Staples Center.

MMA fans criticized the judges’ decision, so much so that the UFC was forced to reward Rua with a win bonus. Although he lost the fight, ‘Shogun’ returned home with a big salary.

The two collided in a rematch at UFC 113, where Rua knocked out Machida in the first round and won the UFC light heavyweight championship. He lost the title to Jon Jones in his next fight.

8 years ago today, Mauricio Shogun Rua defeated Lyoto Machida by KO due to punches at 3:35 of the 1st round to win the light heavyweight belt at UFC 113.

The victory was a rematch for the title after Machida won a controversial decision on @ShogunRua 7 months earlier. pic.twitter.com/Kfqry79p8C

MDR. Rory MacDonald has just been fooled by the PFL jury. One of the worst decisions in MMA in a while and it means something. pic.twitter.com/SXqZ1Hclo7

Former UFC stars Rory MacDonald and Gleison Tibau were the headliners of the recently concluded PFL 5 event. While a win might have seen MacDonald confirm his place in the play-offs, Tibau needed a finish if he was to survive in the 2021 PFL season. At the end of the three-round main event, Tibau was controversially declared the winner of the fight.

MacDonald looked extremely precise with his strikes throughout the 15 minutes. He dictated the fight in the opening frame, sending punches to the body and mixing it up with razor sharp punches to the head.

Although Tibau stuffed a slew of MacDonald pull-out attempts, he couldn’t do much damage to the former UFC welterweight. Two of the judges sort of scored the fight 29-28 in favor of Tibau, while one gave it to MacDonald.

After the fight, the MMA community strongly condemned the judgment at PFL 5.

Imagine a professional sport where you can clearly outdo your opponents, score more points, better execute a carefully crafted game plan and still lose because 3 people who have never been in the sport determine a winner. Wait, this is MMA.

I have never seen a clean flight live. These judges should be fired. I would be sad if it was a close game and gleson took advantage of it. But here it was one way, all I see he is swinging his hands in the air. I literally laugh in anger seeing this decision @rory_macdonald

I turned off the TV after the Bell final in Rory MacDonald vs. Glieson Tibau. Expected either 30-27 or 29-28 for Rory. Now I have people telling me that they gave the split decision to Tibau?

Absolute madness. What the hell are these judges smoking?

Michael Bisping and Matt Hamill met inside the Octagon at UFC 75 in 2007. Both fighters were undefeated and the promotion had heavily publicized the clash since the event was held in the country of. origin of Bisping. ‘The Count’ was considered the favorite to win the fight despite his size disadvantage in the light heavyweight division.

Hamill, who was relatively inexperienced compared to Bisping, put in an impressive performance. He outclassed the Englishman on the feet and also showed superior wrestling.

In the third round, Bisping was more aggressive in beating ‘The Hammer’. However, Hamill enjoyed some ground control in the final frame that MMA fans believed was enough for him to secure the victory. Still, two judges gave the fight to Bisping with scores of 29-28.

Fans later suspected that Bisping was declared the winner simply because the event took place in England.

George St-Pierre vs. Johny Hendricks was surrounded by controversy The two faced off at UFC 167 in 2013, where St-Pierre claimed victory in what has been one of the most controversial fights in the UFC. all time.

Considering the buckets of talent that ‘GSP’ and Hendricks were, their highly anticipated fight had to always be a close fight. Two judges scored the fight 48-47 for St-Pierre, while one gave Hendricks the green light, which enraged fans.

All major MMA outlets and MMA pundits agreed that “Bigg Rigg” should have been the new UFC welterweight champion. Immediately after the fight, St-Peirre announced his retirement, adding fuel to the fire.

It was a one-round MMA fight that lasted 15 minutes. Much like the ONE Championship rules, the judges rated the fight overall.

Although Mezger completely dictated the fight as he pleased throughout the grueling 15 minutes, the judges ruled the match as a draw, meaning the fight would go into overtime.

Mezger’s teammate and coach Ken Shamrock, who is not known to keep his cool, burst into the ring and confronted the referee. He ordered Mezger and his corner to forfeit the game, which gave Sakaruba the victory.