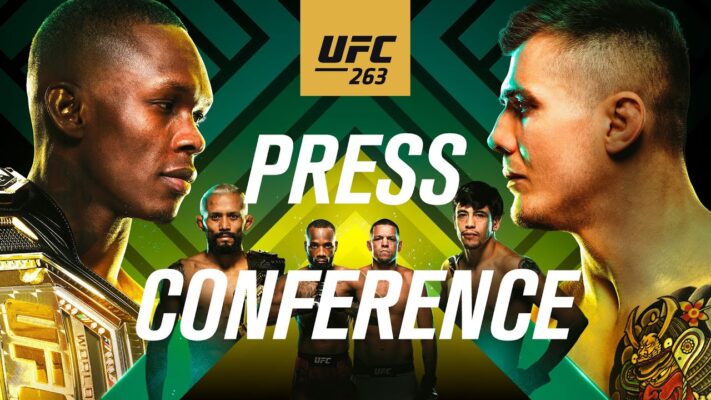 
This weekend’s UFC 263 is topped with three rejections in five rounds – but only two see titles on the line.

In a rare and welcome change of pace, the untitled welterweight bout between Nate Diaz and Leon Edwards is slated for 25 minutes or less. This is a big plus for fighting fans, as this is exactly the kind of fight you want to give as much time as you need to.

What if it doesn’t go the distance? No harm no fault.

The other two fights on the UFC 263 card are, of course, title fights. Deiveson Figueiredo and Brandon Moreno meet in an immediate rematch after battling to a draw at UFC 256 in December. And in a rematch of their three-round fight in 2018, Israel Adesanya and Italy’s Marvin Vettori meet for the second time. How things have changed since that first meeting: Adesanya is now the reigning middleweight champion. Vettori has won five in a row to clinch gold.

Before the fight comes the pre-fight press conference, and with names like Adesanya and Diaz, it’s not to be missed. Tune in from 7 p.m. ET to watch the case unfold above.

The UFC 263 card currently breaks down as follows: