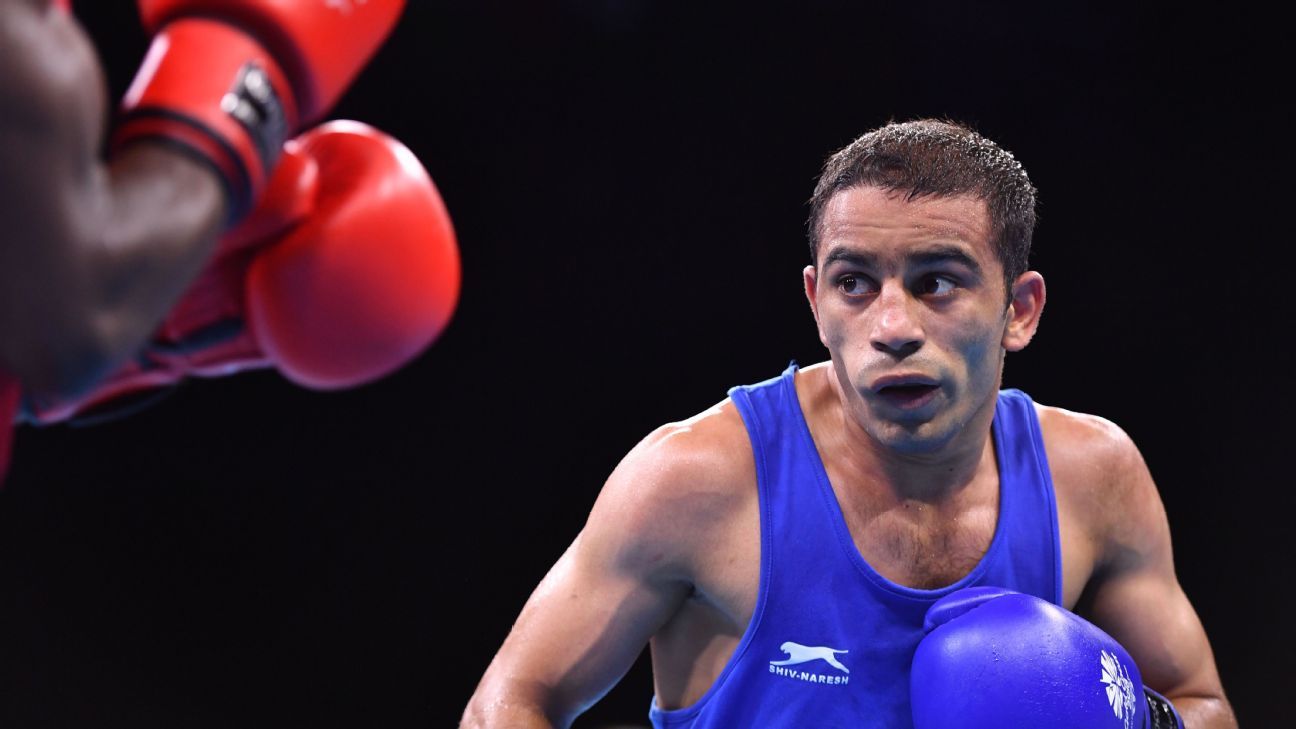 While 2019 world championship silver medalist Panghal secured his spot in the 51kg division, Thapa clinched the 63.5kg spot in the trials held at the Netaji Subhas National Sports Institute.

The other six boxers who made their way to the Indian squad include 2018 CWG bronze medalist Mohammad Hussamuddin (57kg), Rohit Tokas (67kg), reigning national champion Sumit (75kg), Ashish Kumar (80 kg), Sanjeet (92 kg) and Sagar (92kg+). The CWG will be held in Birmingham from July 28 to August 8.

Panghal beat fellow Services boxer Deepak 4-1 via a split decision. He will be aiming to improve on his performance from last year’s CWG in Gold Coast, where he won a silver medal.

2015 World Championship bronze medalist Thapa, who was elected last week as a member of the IBA Athletes’ Committee, meanwhile beat 2018 CWG silver medalist Manish Kaushik 5-0 to secure its place at the quadrennial event.

In the 57kg category, Hussamuddin prevailed over 2019 Asian Championship silver medalist Kavinder Singh Bisht 4-1, while Railways’ Rohit took a narrow 3-2 victory over Aditya Pratap Yadav of UP in the welterweight division (67 kg).

Sumit, Ashish, Sanjeet and Sagar all dominated their bouts winning by an identical margin of 5-0.

India had finished second in the 2018 edition of the Games, coming back with nine medals, including three gold and as many silver and bronze.

The women’s selections for the CWG will take place next week.