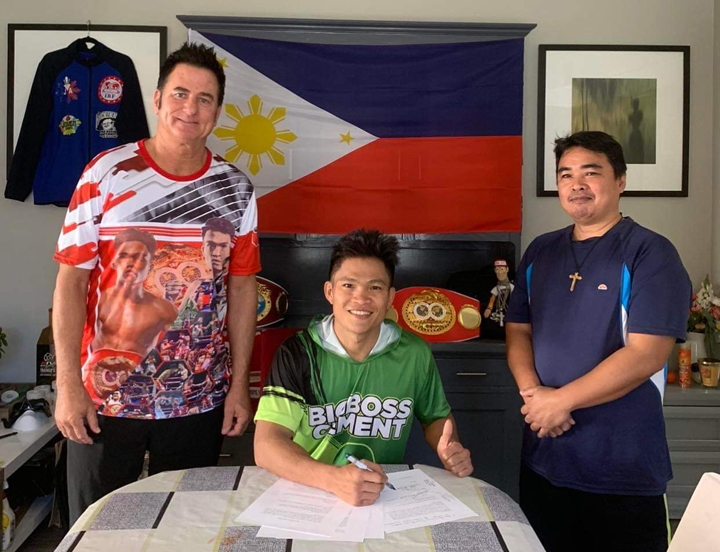 JERWIN ANCAJAS aims to add Kazuto Ioka’s World Boxing Organization (WBO) super flyweight belt to his International Boxing Federation (IBF) crown when he faces the Japanese in a unification bout on the evening of New Year at the Ota-City General Gymnasium in Tokyo.

Ancajas and his coach-manager Joven Jimenez will fly to Japan from Los Angeles on December 11 to begin their preparations in earnest.

â€œWe are so happy that Ancajas, one of our first world champions, is given this great opportunity to unify his IBF title with the WBO belt,â€ said Gibbons. â€œJerwin has been waiting for this for a long time. “

â€œI’m very excited and it feels good. It’s the fight of my dreams, â€said Ancajas, 29. “I waited six years for a signing fight to prove to everyone that I am the best 115 pounds in the world.”

This will be his 10th defense from the crown he won six years ago.

He said setting up a camp in Japan would not be a burden when he finally faces Ioka, who beat Mexican Francisco Rodriguez on September 1 by unanimous decision also in Tokyo.

â€œWe can adapt three days after arriving there. I am ready to fight anywhere, â€he said. “I’ve been to Japan and I love the Japanese fans, they’re some of the best in the world and they respect all the fighters and encourage the best man to win.”

Ancajas last fought on April 10 in Connecticut, where he defeated Mexican Jonathan Javier Rodriguez by unanimous decision. He returned on vacation to his hometown of Panabo, but returned to Los Angeles with Jimenez last August.

â€œWe are already studying Ioka’s style. We are also focusing on the speed and timing of Ancajas, â€said Jimenez. “We’ve been in training camp seriously and we’re protecting everything, starting with his weight and his diet.”

Blake Harrison: Actor on his love of MMA and what he looks forward to in 2022 for the UFC | MMA News