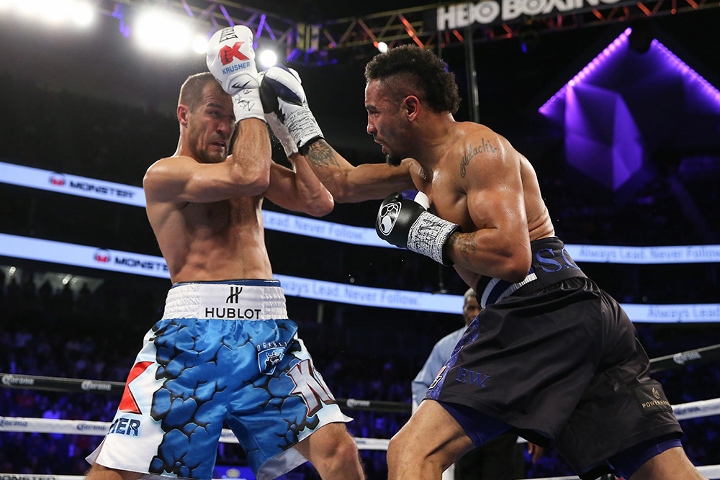 In the eyes of many, Andre Ward was too skilful, too determined and just too good to hang up his gloves at the age of 33. Yet as Ward stood atop boxing mountain, he quickly disappeared in a cloud of retirement smoke.

Yet even with Ward penning a heartfelt letter to his adoring fans, explaining the reasoning behind his sudden departure, most of the boxing world was eagerly awaiting his return. In the end, Ward stayed true to his word, allowing his boxing trunks to gather dust, despite the ongoing rumors.

A smiling Ward stepped onto the Hall of Fame podium earlier this year and took his rightful place among boxing’s elite. As Ward continues to soak up the love and adulation shown to him, the Oakland native looks back on his career with emotion. With countless accolades to his name, the 38-year-old paused for a second when asked to name one of his most memorable achievements.

“I mean it was still the first championship,” Ward said during an interview with KO Artist Sports. “I proved that I was not a bust. I was not only a gold medalist, but I had what it takes to compete at the highest level as a pro.

In 2004, after winning an Olympic gold medal at the 2004 Games, Ward’s struggles at the top level were heightened after his razor-thin victory over Darnell Boone in his seventh professional bout.

Still, regardless of the questionable voices that began to swirl, Ward would go on to become a multi-divisional champion. Having fought a who’s who of top fighters and contenders throughout his career, Ward believes his two-fight rivalry with former light heavyweight kingpin Sergey Kovalev was his finest hour as a pro. .

Before heading off into the sunset, Ward recorded an eighth-round stoppage victory over Kovalev in June 2017. However, about a year prior, Ward was forced to battle through unknown odds.

A cautious Ward attempted to box and move against Kovalev from the outside when they first met. But, as the Russian star began to find his range, Ward was sent crashing to the deck in the second round.

With no choice but to bite off his mouthpiece and engage in a shootout, Ward, after 12 hard-fought rounds, became the first man to blemish Kovalev’s record, winning by unanimous decision. While his career could be filled with indelible moments, Ward is confident the adversity he faced in his first showdown against Kovalev stands out.

“I had to get it in a different way, I came off the canvas and showed that I was not a favourite. I did what champions do, I got up and I busy with my business.