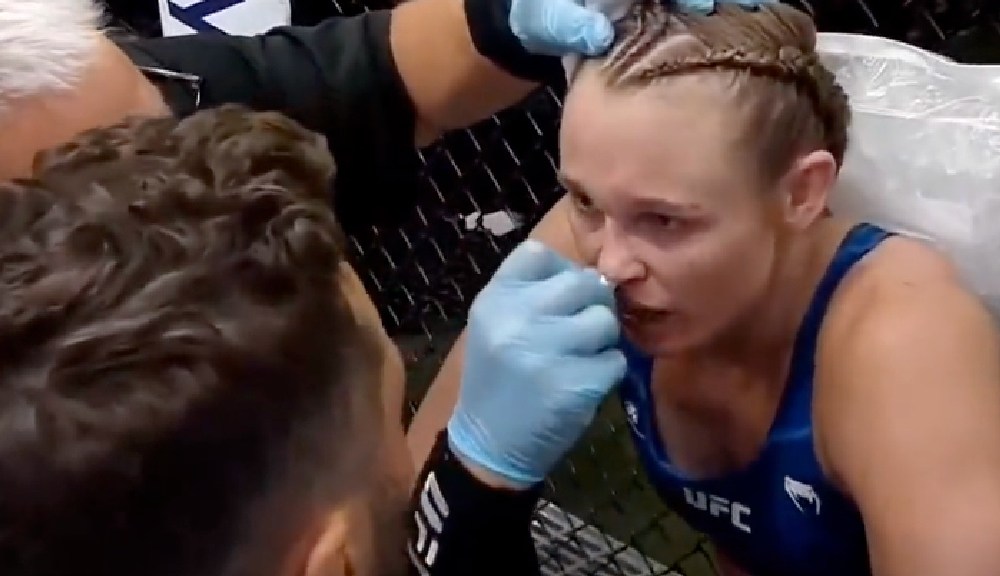 Andrea Lee’s cornerman under fire for his ‘dirty Brazilians’ comment

Andrea Lee’s chief cornerman at UFC on ESPN 36 on Saturday, Tony Kelley, has come under fire for comments he made during his women’s flyweight bout with Viviane Araujo.

After the first round of the match at the UFC Apex in Las Vegas, in which Lee (13-6 MMA, 5-4 UFC) started strong with a huge punch and a searing headbutt, she returned to her corner and sat down on the stool. Kelley, a UFC bantamweight who is scheduled to fight Adrian Yanez on June 18, made a controversial statement to his athlete.

“That’s what they’re going to do – they’re fucking Brazilians,” Kelley told Lee. “They’ll cheat like that.”

Araujo (11-3 MMA, 5-2 UFC) rallied to secure a unanimous decision win, including a lopsided 10-8 round. She was unable to react after the backstage victory as she was taken to a local hospital and did not speak to the media after the fight.

Kelly’s comments were picked up on the international live stream and quickly spread across social media. The feedback, unsurprisingly, was not positive. Find out how several notable fighters reacted.

I already wanted a finish, but now it will be more satisfying.

I don’t like to talk about bad corners, it’s not an easy job, but Lee corner needs a lot of study to do #UFCVegas54

Tony, do you even fight brother? https://t.co/0YPBdATXWo