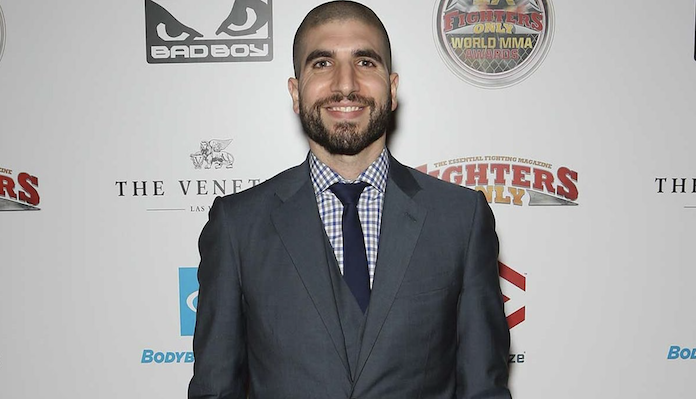 On the most recent episode of The MMA Hour, Helwani discussed which fighters could be compared to the aforementioned NBA legends.

Ariel started by comparing Conor McGregor to LeBron James. The veteran journalist cited the fact that both men are currently the biggest stars in their respective sports and both have polarizing personalities.

As for the greatest of all time, Ariel Helwani suggested that former two-division UFC champion Georges St-Pierre would be a good candidate against basketball icon Michael Jordan.

The MMA Hour host concluded by suggesting that Khabib Nurmagomedov could potentially play the role of Steph Curry (h/t Sportskeeda).

“Who’s the LeBron of MMA? I mean, I guess it’s Conor, right? Big star, he’s won a few championships, polarizing for different reasons. Who’s the greatest Jordan ever? ‘SGP’ “Who is Steph? I don’t know, (maybe) Khabib is? Is it Jordan – Khabib because he kind of left young at the top of his game, but kind of” GSP”, I don’t know, it’s difficult.”

Khabib Nurmagomedov (29-0 MMA) is the only fighter mentioned above who ended his career with an unblemished professional record. However, Conor McGregor and Georges St-Pierre both captured UFC belts in two different weight classes during their heydays, so the debate rages over which career was better overall.

What do you think of Ariel Helwani’s picks for MMA’s LeBron James, Michael Jordan and Steph Curry? Share your thoughts in the PENN Nation comments section!