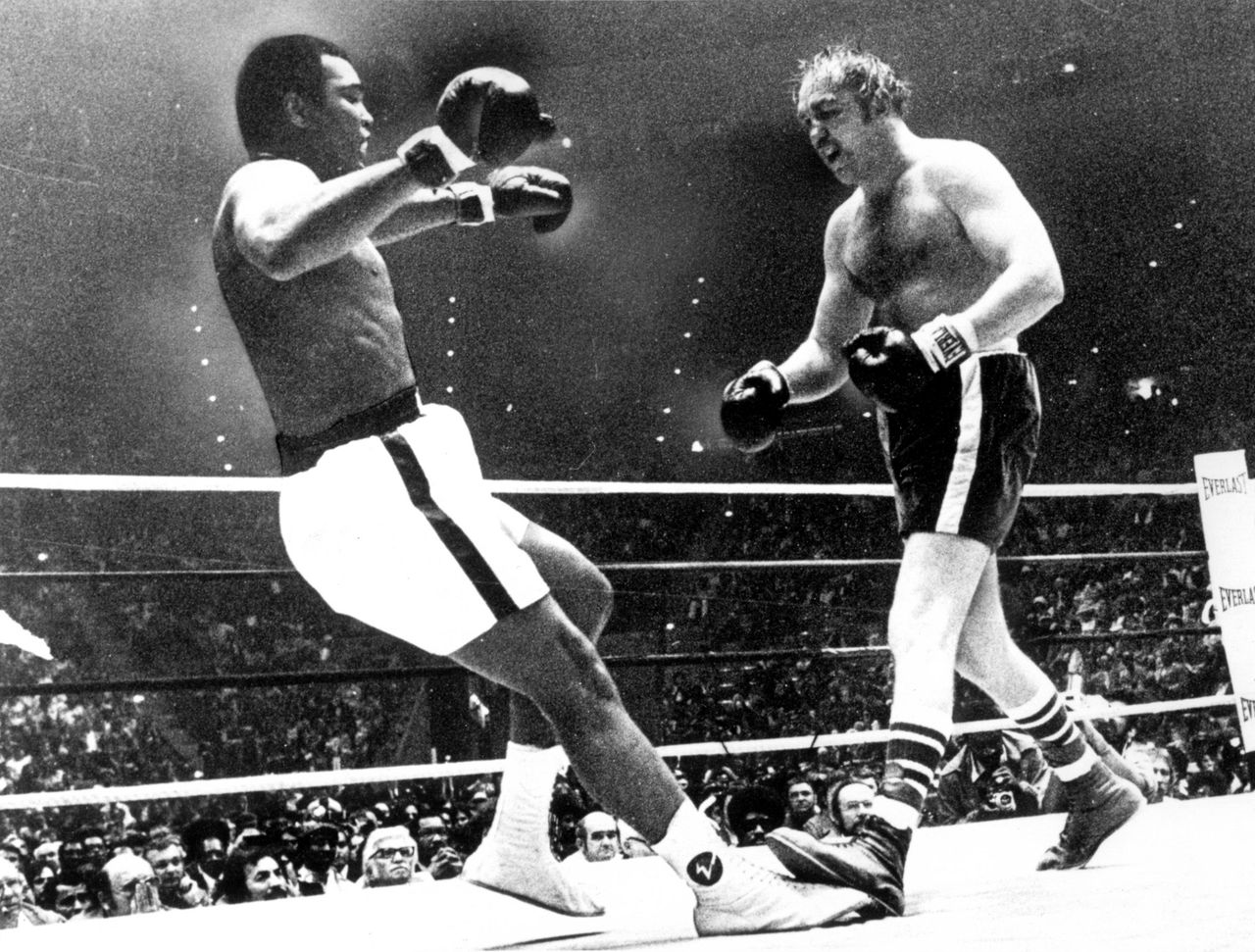 The tough boxing champ from the streets of Bayonne who inspired the iconic ‘Rocky’ film series and two other movies will never be knocked down again.

“The city of Bayonne is very proud of Chuck Wepner,” said Mayor Jimmy Davis. “We are very pleased to have him with us in person on November 12 to enjoy the long-awaited unveiling of the statue, which is sure to become a very popular attraction at Dennis P. Collins Park.”

Wepner, the ultimate underdog who earned the nickname “Bayonne Bleeder”, faced Muhammed Ali for 15 rounds in a fight for the heavyweight championship in 1975. Journeyman Wepner’s effort in the 15-round loss — he’s credited with knocking Ali down in the ninth round — inspired Sylvester Stallone to make the classic boxing movie “Rocky.”

Two biopics, the licensed “Chuck,” starring Lieve Schrieber, and “The Bleeder” also made it to the big screen.

“I’m very honored,” said Wepner, now 83. “It means a lot to me because he will be here much longer than me.”

The New Jersey legend has been battling rectal colon cancer for a few years. He said it made him lose about 40 pounds, to which he joked, “I’m now a light heavyweight instead of a heavyweight.”

The fundraising effort to create the statue was led by Bayonne businessman and longtime Wepner friend Bruce Dillin.

Dillin began working on his vision for the boxing legend’s bronze statue in 2015. In 2017, his next-door neighbor, sculptor Zhen Wu, offered to build the larger-than-life mold for free, only requiring only Dillin to obtain the materials.

It took Wu, a Chinese-born artist and resident of Bayonne, six months to craft the bronze statue.

What time is Shavkatdzhon Rakhimov vs. Zelfa Barrett tonight? Ringwalks, running order, streaming, how to watch Rakhimov vs. Barrett