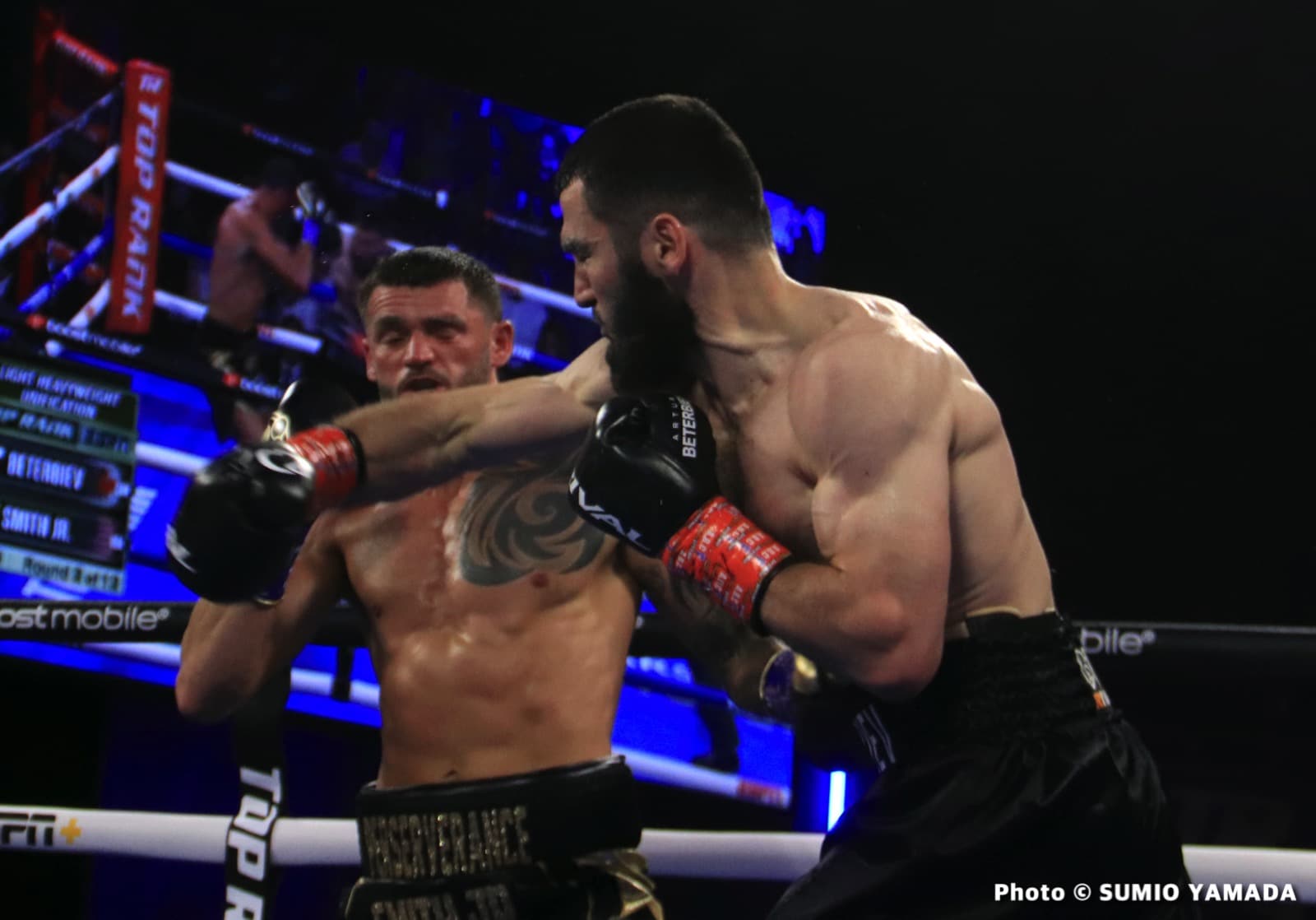 Unfortunately, the injury to undefeated Beterbiev (18-0, 18 KOs) means his fight against Yarde (22-2, 21 KOs) will have to be postponed until the first quarter of 2023, according to ESPN.

There hasn’t been much interest in the Beterbiev-Yarde fight from American boxing fans, so they probably won’t mind the fight being postponed until early next year. It’s a lag on paper and an easy salary for Beterbiev.

People want to see Beterbiev take on 175-pound WBA champion Dmitry Bivol for the undisputed light heavyweight championship. But for some reason, Beterbiev’s promoter Bob Arum is in no rush to make this fight.

It is believed that the WBO mandatory is not yet due for Beterbiev, so he could have fought Bivol next instead of wasting time fighting Yarde, who is arguably a national level British fighter at best.

“Artur Beterbiev is injured, a source told ESPN, and his scheduled Oct. 29 defense of his three light heavyweight titles against Anthony Yarde has been postponed. The nature of the injury has not been disclosed,” said ESPN’s Mike Coppinger.

“The match was due to take place at the O2 Arena in London after an agreement was reached, and the plan is to reschedule the fight to early 2023, the source said.”

Yarde, 31, recently avenged his loss to Lyndon Arthur, stopping him in the fourth round in their rematch last December. In 2020, Yarde lost to Lyndon by a 12-round split decision.

Yarde’s other loss came at the hands of former WBO light heavyweight champion Sergey Kovalev, who stopped him in the 11th round in 2019.

Beterbiev is coming off an impressive second-round knockout victory over WBO champion Joe Smith Jr in a unification bout last June at Madison Square Garden in New York City. The fight was supposed to have been competitive, but Beterbiev knocked out Smith with no problem.

Prior to that, Beterbiev defeated Marcus Browne by ninth-round knockout in December 2021 in a fight that was a bloodbath.

It is important that Top Rank let Beterbiev face Bivol soon for the undisputed as he is not getting any younger. At 37, Beterbiev doesn’t have much time left in his career.