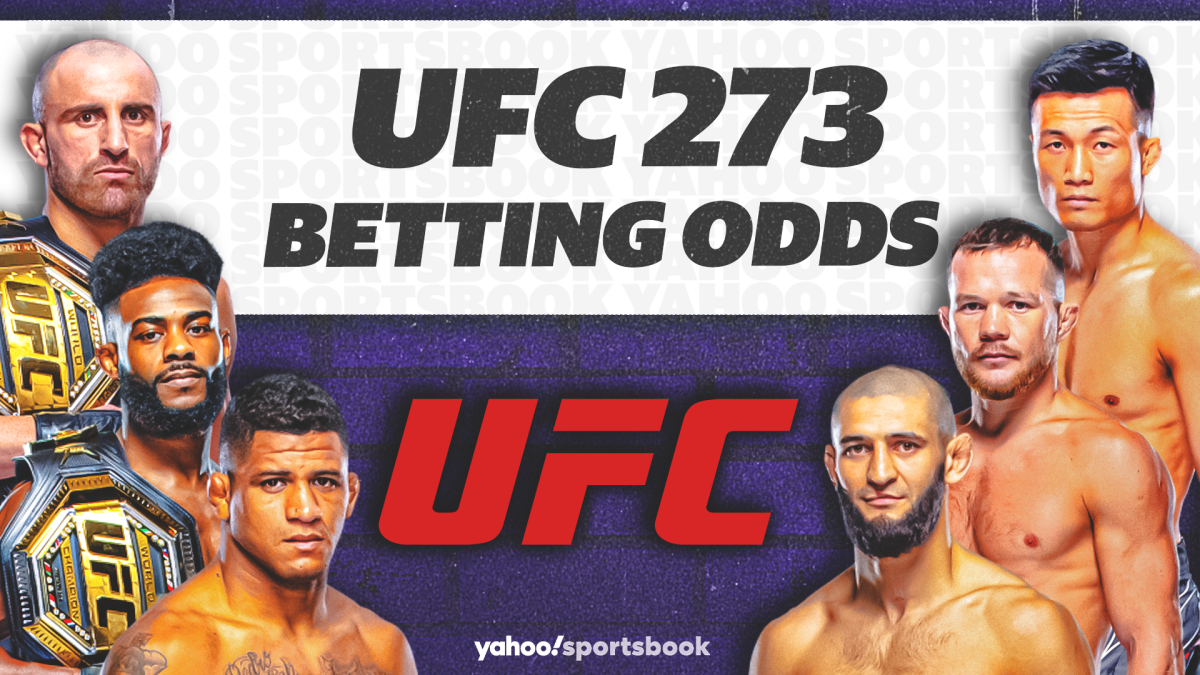 Minty Bets is joined by Kevin Iole to preview the upcoming UFC 273 pay-per-view in Jacksonville, Florida.

MINTY BETS: UFC 273 takes place this weekend in Jacksonville, Florida. I’m Minty Bets, and Kevin Iole joins me, to give us his best bets on the main card. Kevin, the main event will be a featherweight title fight between Alexander Volkanovski minus 750, against Chan-Sung Jung aka the Korean zombie, plus 500. I mean those odds are pretty big, who do you have to win that one -this ? KEVIN IOLE: Oh, you have to go with Volkanovski. I mean, he’s just been so dominant, had 20+ wins in a row. I mean, he’s getting into Khabib territory, in terms of reeling off all those wins. You know, I hate putting in that kind of money, but I don’t see how the zombie would win this fight. I think Volkanovski can control both on his feet and with his wrestling. I think he will win the fight like he wants to win the fight. In other words, I think he will mix his wrestling, his kicks and his strikes. And so I think you’ll see Alex Volkanovski stopping the Korean Zombie. So I’m going to go ahead and play Alex Volkanovski to win by stoppage. MINTY BETS: In the co-main event, we have a bantamweight title fight between Petr Yan, minus 5 against Aljamain Sterling, plus 350. Who do you have for this one? KEVIN IOLE: I tell you what, most people who saw the first fight would say Yan, easily in this one. And maybe that’s just because I talked to Aljamain Sterling, and he did a great job convincing me. But I love that Sterling won this fight. I think Yan hasn’t really fought anyone like Sterling. He fought him last time. Sterling admittedly had bad weight loss, had bad – really bad rehydration, and was not in top shape for the fight. He ended up winning the title by disqualification. So now it’s a rematch after a year. Sterling underwent neck surgery. I think Sterling really has that varied game. He can do a bit of everything in there. And Yan didn’t have to deal with that, I don’t think. He did a great job against Cory Sandhagen. But I’ll go with the underdog in this one. I’m going to take the extra money, and I’m going to say that Aljamain Sterling will win a decision and retain the bantamweight championship. MINTY BETS: I love that choice. All right, let’s wrap things up with the welterweight fight between Khamzat Chimaev, minus 650 against, Gilbert Burns at plus 450. What’s your pick for this one, Kevin? KEVIN IOLE: Well, I’ll tell you what, this one is really a toss here. I can see this fight going both ways. I think Khamzat Chimaev’s wrestling is so dominant. And he’s a good wrestler at 185 and a good striker at 185. And you put him in a welterweight and then you say hmm, maybe it’s him. But Gilbert Burns is one of the best fighters in the world. And I take what, plus 450? Give me Gilbert Burns all day at this price. You know, if it was man to man, I would just say I’m going to pick Khamzat to win, because I think his wrestling game is so strong. But when I get Gilbert Burns over 450, there’s incredible value with him. Because I’m not sure I agree that Khamzat should be such a huge favorite. I’ll go with the underdog again on this one, and I’ll take Gilbert Burns to the money more. MINTY BETS: Okay, I love that one too. Thank you very much, Kevin. KEVIN IOLE: Thank you Minty. PARIS MINTY: Now, to recap Kevin’s picks for the featherweight title fight, he’s got Volkanovski to win. For the bantamweight title fight, he has Sterling up for grabs. And for the welterweight fight, he has Burns up for grabs. Bet $10 and win $200 in free bets by registering at BetMGM.com/YahooVIP. New customers only, must be 21+, terms and conditions apply.