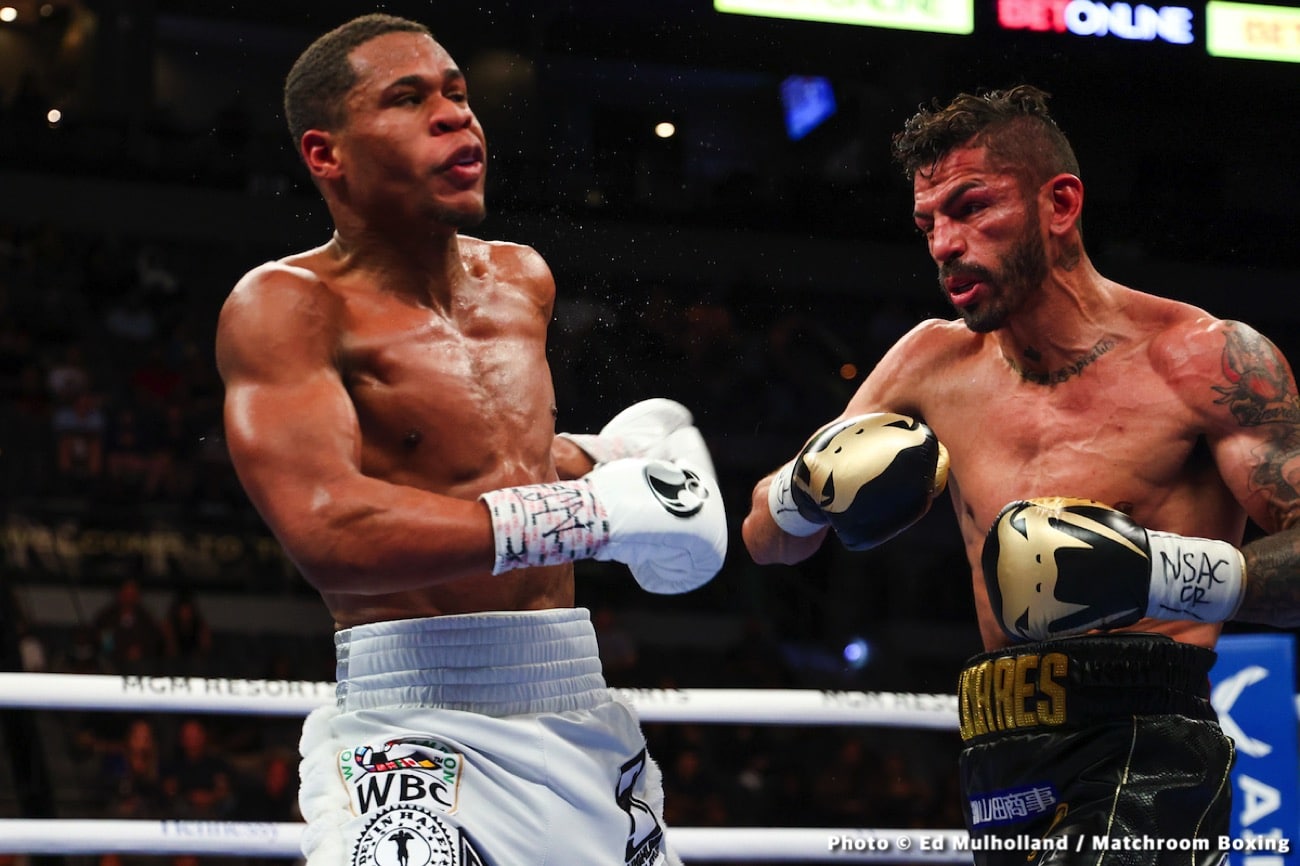 By Allan Fox: Bill Haney Says He Sees Gervonta ‘Tank’ Davis facing Rolando ‘Rolly’ Romero in December as a positive sign for a future fight between his son Devin and Tank.

If the Tank vs. Haney fight is to take place in the short term, it will need to be at 135, the division where Devin holds his WBC title. There isn’t enough fan interest in a fight between Gervonta and Haney to make it worth it for Tank to drop back down to 135.

As a professional, Haney didn’t fight anyone other than Jorge Linares and Yuriorkis Gamboa; he didn’t shine in either fight.

At this point in the career of Tank Davis, 26, it is questionable whether he is motivated to continue competing in the lightweight class.

Tank’s last fight was 140 against WBA secondary light welterweight champion Mario Barrios on June 26, and he has money up for grabs in that weight class or 147 against the faded ex-champion. Keith “Once” Thurman.

Tank’s next fight will be against another fighter from Mayweather Promotions Rolando ‘Roly’ Romero (14-0, 12 KOs) in December on Showtime pay-per-view.

” I have good hope ; that’s how I see it as a positive sign, ”Bill Haney told Fighthype when asked if he would like to see a Devin and Tank Davis fight one day staged with Mayweather Promotions.

“First of all, Rolly Romero obviously [is next for Gervonta]. Tank Davis weighs 140 pounds, and they talk [Gervonta] even about to fight 147 [aginst Keith Thurman]”, continued Bill Haney.

“So the thing that brought us [Tank Davis and Haney] together or made us cross, it’s actually to be in the same weight class.

“So with him [Tank Davis] being at 140 and 147, I know it’s not a fight we are [Devin Haney] do not try to go to 140 for our next fight. We’re looking to defend the WBC world title, ”Bill said of Haney’s immediate plans.

So there it is. Haney won’t go up to 140 to face Gervonta, and instead, he’ll defend his WBC lightweight belt.

That’s not surprising, considering Devin’s appearance in his last fight against 35. Jorge Linares May 29. Linares could have knocked out Haney if he had had enough common sense to fight through the clinches and continue to beat him as he hung on.

Linares seriously injured Haney in the championship rounds, forcing him to stall continuously from round 9 to 12.

Haney promoter Eddie Hearn is currently looking for an opponent to face in December. Sadly, it probably won’t be a big name for Haney’s next fight, but it might be a good thing.

Haney doesn’t seem ready to fight someone quality after his last performance. These fighters would be good options for Haney:

Hearn is not going to put Haney with someone who could potentially beat him like Vasily Lomachenko because he wants to build him.

“Tank has always been the most dangerous fighter of these possible future adversaries for Devin,” said Bill. Please don’t be fooled; i didn’t need to see it [Gervonta] against Mario Barrios so that I know.

TG4 takes over with boxing and women’s football