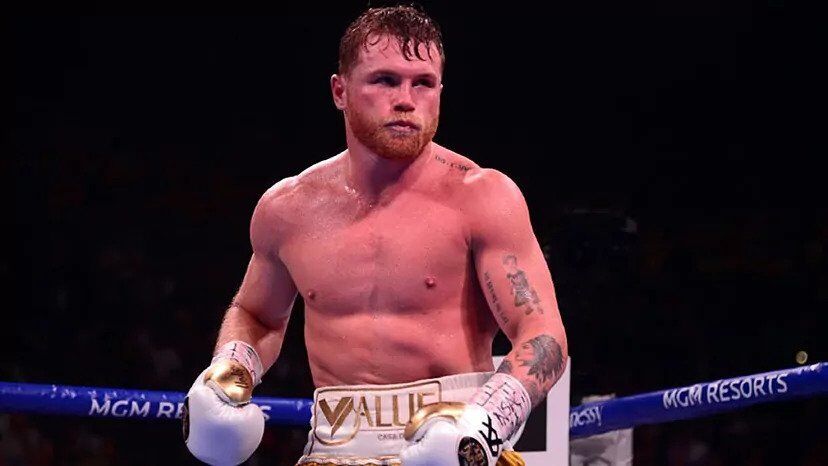 Jhe controversy in boxing continues. Now coach of Jermell Charlosuper-welterweight champion and considered the best in the world, set the boxing world on fire with a few words that will create a lot of debate.

Derrick James wondered how it could be that Canelo Alvarez is in the Pound for Pound lists, a ranking of professional boxers compiled by The Ring magazine in which he chooses the best fighters over others of different weight. As these fighters do not compete, this list is very subjective and different criteria are considered.

“It means these guys are so good that if they fought in any division they would be the best,” James told FightHype.

“Canelo has done light heavyweight, which means that’s his limit and therefore he can’t be on the roster.”

After losing to Dmitry Bivol on May 7, the world-class trainer feels he is “not worthy of being on this list” as he has definitely found his ceiling as a fighter.

“It’s not my opinion, it’s the truth.” He continued.

Canelo is not the only one to receive

Derrick James didn’t stop at Canelo. Since watching his fighter be ranked No. 9 after winning the championship undisputed at 154 in May, he gives no credit to the rankings.

“Lomachenko lost three years ago, so how can he be on the list?” he underlined.

“He knew his limit. His skills are phenomenal, but if he goes up to any weight he loses, so he can’t be on the list.

“The Canelo and Lomachenko places are for Jermell.”

Canelo will face Kazakhstan Gennady Golovkin for the third time in his career on September 17 in Las Vegas, where he will look to end the rivalry with a resounding victory.

Jackie Chan had ‘no questions’ admitting Bruce Lee, called the ‘father of mixed martial arts’ by Dana White, would beat him in a one-on-one battle