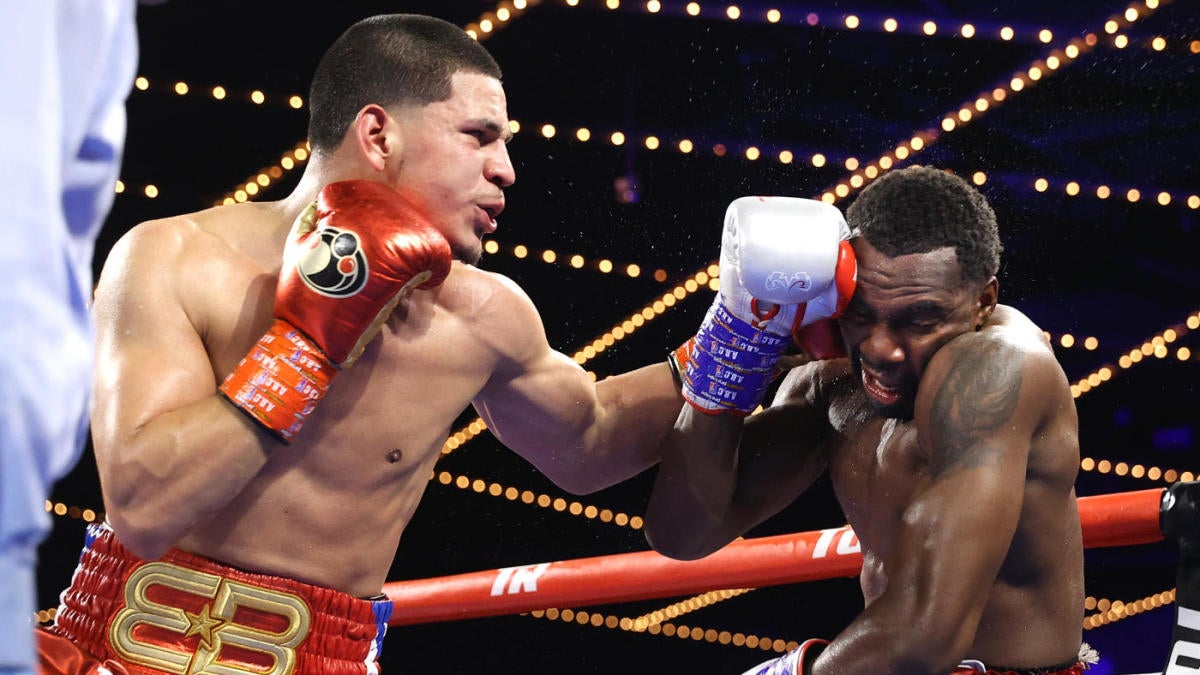 Saturday was another busy day for boxing, with major competitions in the United States, Dubai and Japan. These bouts included a top prospect in action as well as two title fights.

The capper of the day saw Edgar Berlanga in action against Steve Rolls of the Hulu Theater at Madison Square Garden. Berlanga, once a hot prospect after scoring 16 first-round knockouts to start his career, was looking to bounce back from a questionable performance in his last outing, where he was knocked down by Marcelo Coceres in an incredibly close fight. Berlanga was also returning from surgery to repair a torn bicep suffered in that fight.

For his third straight outing, Berlanga couldn’t finish off an opponent as Rolls never really struggled through the 10 rounds of action. Unfortunately for Rolls, he waited until late in the second half of the fight before increasing his aggression, having clearly managed to land shots on Berlanga but giving up so many early rounds with a cautious approach that there was no victory to be had on the scoreboards. Berlanga ultimately won by counts of 97-93, 97-93 and 96-94.

Berlanga remained unbeaten with the win, but many of the questions he had already been asked since the first-round knockout train stopped rolling will only intensify after a relatively lifeless performance against Rolls, with a game sluggish legs, holes in his defense and a lack of an offensive attack that sees him failing to use one shot to set up another.

It’s rare to see the hype die down so quickly for a young prospect without them suffering a loss. But after his first appearance in the main event and three consecutive decisions, many are beginning to wonder if Berlanga has the tools to become more than an interesting trivia for the knockout streak that launched his career.

Let’s take a look at some more results and news from a busy day in boxing.

Muhammad Waseem made a spirited effort to challenge Sunny Edwards’ IBF flyweight title in Dubai. But Waseem ultimately fell short when Edwards retained the belt by scores of 115-111, 115-111 and 116-110. Edwards spent parts of the fight ditching his classic low-risk style and instead choosing to engage in inner battles with Waseem. Allowing Waseem to fight in his comfort zone gave the challenger plenty of moments to shine, but Edwards’ speed and technique won the day after 12 full rounds, marking the second successful defense of his title.

Attention now turns to a potential unification bout with WBC champion Julio Cesar Martinez, which Edwards said was a fight both men wanted to see go down, saying: “It’s not so much Martinez himself- even, I know he wants to fight, but Eddie Hearn, you’re the best promoter in the world. Please, Eddie, give me that fight.”

On the undercard of the event, former WBA light welterweight champion Regis Prograis was in action against Tyrone McKenna. Prograis made McKenna’s job easier, scoring a knockdown in round two and continuing to control the action until McKenna was stopped on a cut in round six. After the fight, Prograis said he wanted to fight Jack Catterall. Given that undisputed champion Josh Taylor plans to move up in weight and vacate his titles, Prograis vs. Catterall would be a solid title fight down the road, but sanctioning bodies choose to address the soon-to-be vacant titles.

Last September, Masamichi Yabuki scored a stunning upset against Kenshiro Teraji, stopping Teraji in the 10th round to win the WBC lightweight flyweight championship. Yabuki entered this fight as a mandatory challenger while Teraji was simply looking to handle business against what many thought was an outclassed opponent for his ninth title defense. Yabuki had planned to retire after the fight but continued his career after becoming world champion.

On Saturday, Teraji wanted revenge and got it in a brutal way. Yabuki couldn’t go three full rounds against a determined Teraji. In round three, Yabuki tried to back away from an onslaught from Teraji that included heavy body shots, but let his guard down, allowing Teraji to land a devastating right cross that sent Yabuki crashing to the canvas. As Yabuki managed to beat the count, the referee forfeited the fight, returning the championship to Teraji’s clutches.

After Vergil Ortiz was forced out of his scheduled main event on the DAZN show, Alexis Rocha and Brian Cobbs were given the opportunity to compete in the card’s main event. Given this chance to shine, the pair put on a show that rewarded everyone who chose to tune in despite losing the star to Ortiz.

Cobbs was able to hang on early, largely going blow for blow with Rocha before Rocha’s technique and power got the better of the fight. A big uppercut in Round 8 put Cobbs on the ground, but it was a brutal flurry in the ninth that ended the fight as Cobbs was badly knocked out before the referee stepped in to stop the fight. It was obviously the right call as Cobbs was gone enough to weakly attempt to throw body shots at the ref during the stoppage, as he was a bit muddled by Rocha’s power in the finishing flurry.