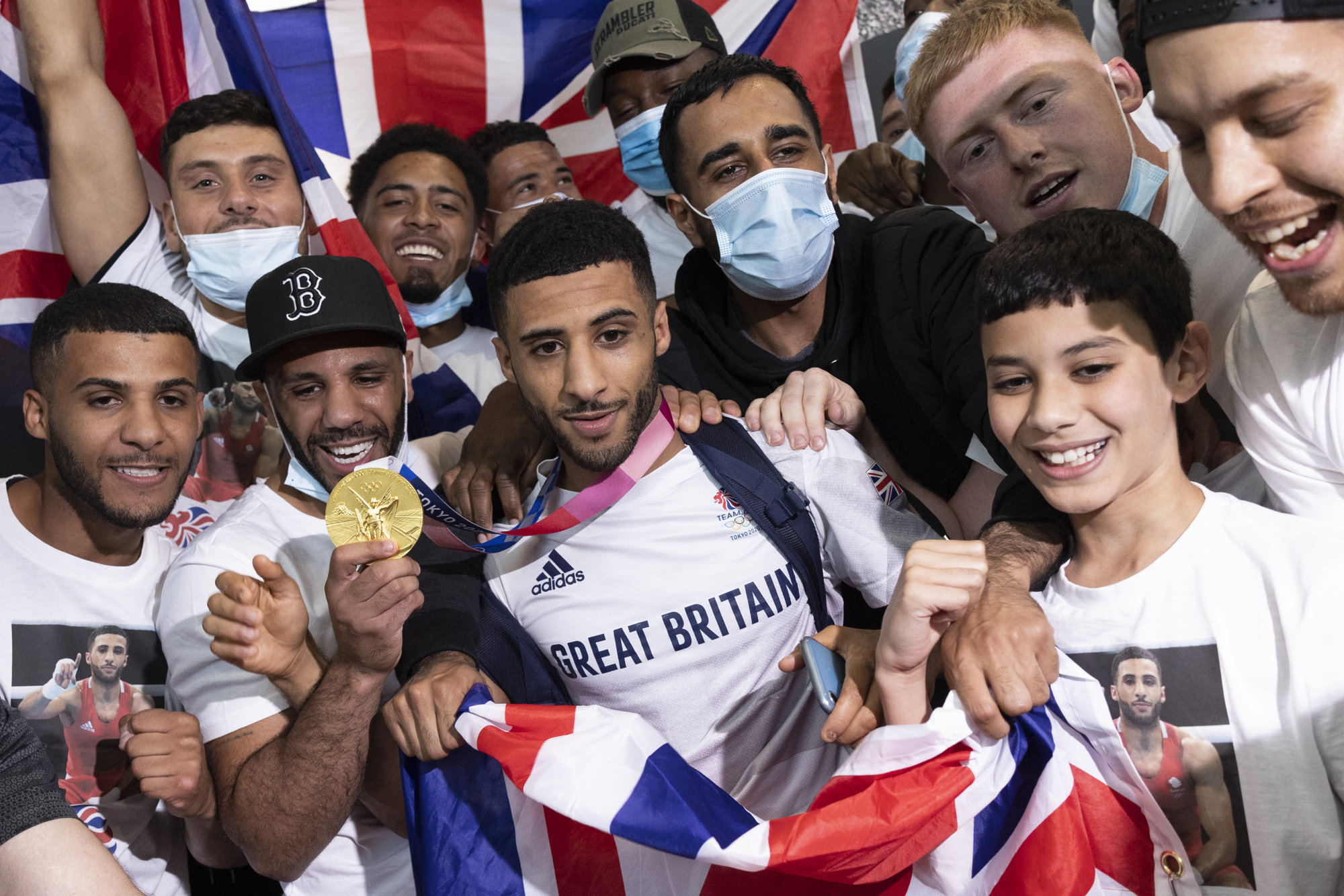 A Team GB gold medalist has turned pro, Mike Tyson doesn’t seem to be returning to the ring anytime soon and Natasha Jonas is stepping up three weight classes for her next showdown. Here are five stories you may have missed during a busy week in boxing.

The 29-year-old, who won gold in Japan at flyweight, will make his first professional appearance on the undercard of Lawrence Okolie’s WBO world title defense against Michal Cieslak in London on February 27.

“The goal now is to win a world title. I know there aren’t many who have won gold and then a world title, so hopefully I can add my name to that list,” said Yafai.

“There are some great current world champions at the moment, I won’t name names but my time will come – I aim to be at the top.”

Former heavyweight champion Mike Tyson says he’s not sure he’ll ever return to the ring, despite rumors linking him to a number of potential opponents, including Jake Paul and his brother, Logan Paul.

Tyson, 55, returned to the ring at the end of 2020 against fellow boxing great Roy Jones Jr, in a fight dubbed “Lockdown Knockdown” that scored a draw. ‘The baddest man on the planet’ says money ruined his fun.

“I don’t think I’ll ever do stuff like that again. I wanted to do it the first time just for fun, just for fun,” Tyson told FULL SEND Podcast.

“Then some people took it to another level and made it financial and the fun came out of it.”

Sunny Edwards will defend his IBF world flyweight title against Muhammad Waseem on March 19 in Dubai on a solid Probellum card that also features Regis Prograis against Tyrone McKenna in a super lightweight clash.

“We are absolutely delighted to be returning to Dubai for our first event of 2022,” said Richard Schaefer, President of Probellum.

“Probellum has made a huge impact in the boxing world in a short time and we have major plans for this year, starting with these two landmark shows in Dubai.

“There was a fantastic response to our very first event, which took place in Dubai late last year, and we know there is a big appetite for boxing in the city.

“Both of these shows will feature many high quality fighters from around the world including Sunny Edwards, Muhammad Waseem, Tyrone McKenna and Regis Prograis. We encourage fans to book their tickets early to ensure they won’t miss what is sure to be another fantastic event.

Natasha Jonas will jump in three weight classes and face Ewa Piatkowska for the vacant WBO super welterweight world title on the Amir Khan vs Kell Brook card on February 19.

“Before signing with BOXXER my management and I had a meeting with Ben Shalom and told him what my goals and ambitions were and what I wanted to achieve before leaving the sport,” Jonas told Sky Sports.

“I knew it wouldn’t be easy with so many champions, but Ben assured me he would get there and he didn’t let me down.

“I know it’s a big risk but these risky fights have brought out the best in me and I’m ready. I can’t wait for it, it couldn’t be on a bigger show for northern boxing -west and after I’ve boxed, I’ll be in the crowd myself to enjoy the main event. I’m over the moon and I want to step up and get that world championship.

Several options on the table for Canelo’s next fight

No one knows who Saul ‘Canelo’ Alvarez will face next in the ring, but one thing’s for sure, the pound-for-pound superstar has a seemingly endless list of options ahead of him.

PBC has reportedly extended a one-fight offer to Canelo for a May defense of his undisputed super middleweight championship against middleweight titleholder Jermall Charlo. Meanwhile, Eddie Hearn and Matchroom have offered a two-fight deal that would see Canelo face light heavyweight titleholder Dmitry Bivol with a long-awaited trilogy battle with Gennady Golovkin coming in September.