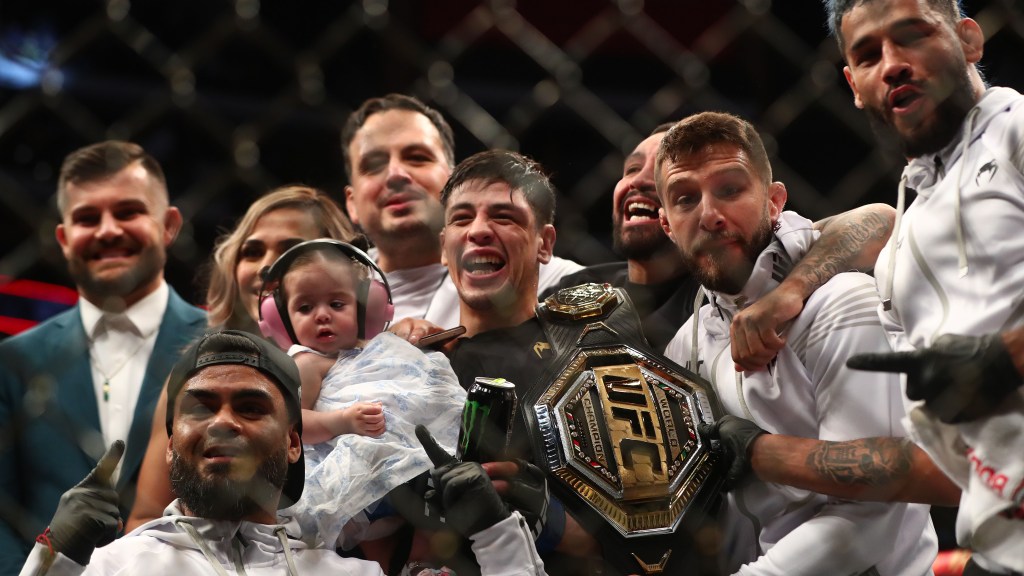 
Brandon Moreno was 16 when Cain Velasquez won the UFC heavyweight title from Brock Lesnar at UFC 121, but he remembers it as clearly as the day.

Seeing the Mexican tricolor sporting in the UFC cage has propelled Moreno (19-5-2 MMA, 8-2-2 UFC) on the path to his own greatness. More than a decade later, Moreno hoisted his home country’s flag and gold title when he subdued Deiveson Figueiredo last Saturday at UFC 263 to become the first Mexican-born champion in the promotion history.

After a year without a crowd or cheers, Moreno was inundated with applause and support throughout the fight week – from the pre-fight press conference to his post-fight interview in the Octagon with Joe Rogan. His star cap was not met, in a market that did not spawn a UFC champion until his coronation.

“It’s one of the things I want to do for my country,” Moreno told MMA Junkie on Tuesday. “Obviously, I’m fighting for myself. I am fighting for my own dreams. Then I fought for my wife and my daughters, for my family, for my parents, who supported me when I started this sport, for my fans, for my country. It was special. I remember when Cain Velasquez came to UFC in 2014 with UFC 180, which took mixed martial arts to a very high level in Mexico. Now I think I have the position to take the sport to another better level. I can’t say anything right now, but the UFC and I are working to bring the UFC back to Mexico. We will see what will happen in the future.

Moreno, 27, sits atop the flyweight throne. Although he hasn’t given a timeline for his return, he sees a number of possibilities for his first title defense, including Askar Askarov, Alex Perez, Cody Garbrandt or Alexander Pantoja.

Check out MMA Junkie’s full interview with Moreno below: