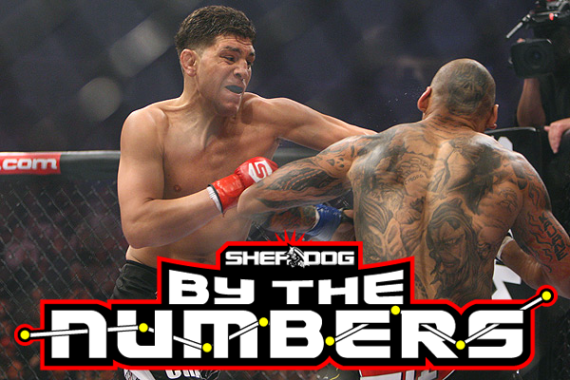 By the numbers: Nick Diaz

Sign up for ESPN + here, and then you can stream UFC, PFL, Dana White’s Contender Series, and â€œThe Ultimate Fighterâ€ live to your smart TV, computer, phone, tablet, or streaming device through the ESPN app. No one in the history of mixed martial arts has walked to the beat of their own drum with more conviction than Nick Diaz. The longtime disciple of Cesar Gracie made his debut at the age of 18 on August 31, 2001, quickly rose through the regional ranks and established himself with his straightforward approach, gripping volume and venomous submission game. Diaz has won several championships along the way, tested himself against all-time greats, and competed in some of the sport’s brightest stages. His record currently sits at 26-10 after his loss by technical knockout to Robbie Lawler at UFC 266 on September 25. Only Diaz and maybe his loved ones know if he will fight again or not.

As the MMA world awaits information on Diaz’s next move, a look at some of the numbers that have accompanied him so far:

5: Welterweight champions in World Extreme Cagefighting history, Diaz among them. Shonie Carter, Karo Parisyan, Mike Pyle and Carlos Condit were the others.

178: Important strikes landed by Diaz in his unanimous decision over BJ Penn in the main event of UFC 137 in October 2011. He remains one of three UFC appearances in which he connected on at least 100 important strikes, but the only fight of this type from which he emerged victorious. He picked up 105 in a unanimous decision loss to Condit at UFC 143 and 150 of them in his aforementioned technical knockout loss to Lawler.

495: Days Diaz spent as the undisputed Strikeforce welterweight champion. He claimed the promotion’s 170-pound title with a technical first-round knockout of Marius Zaromskis on January 30, 2010, successfully defended it twice, and then left it on June 9, 2011.

3: Diaz beats the former UFC champions. In addition to his aforementioned conquests of Penn and Lawler, he took down Frank Shamrock with punches in the second round under the Strikeforce banner on April 11, 2009.