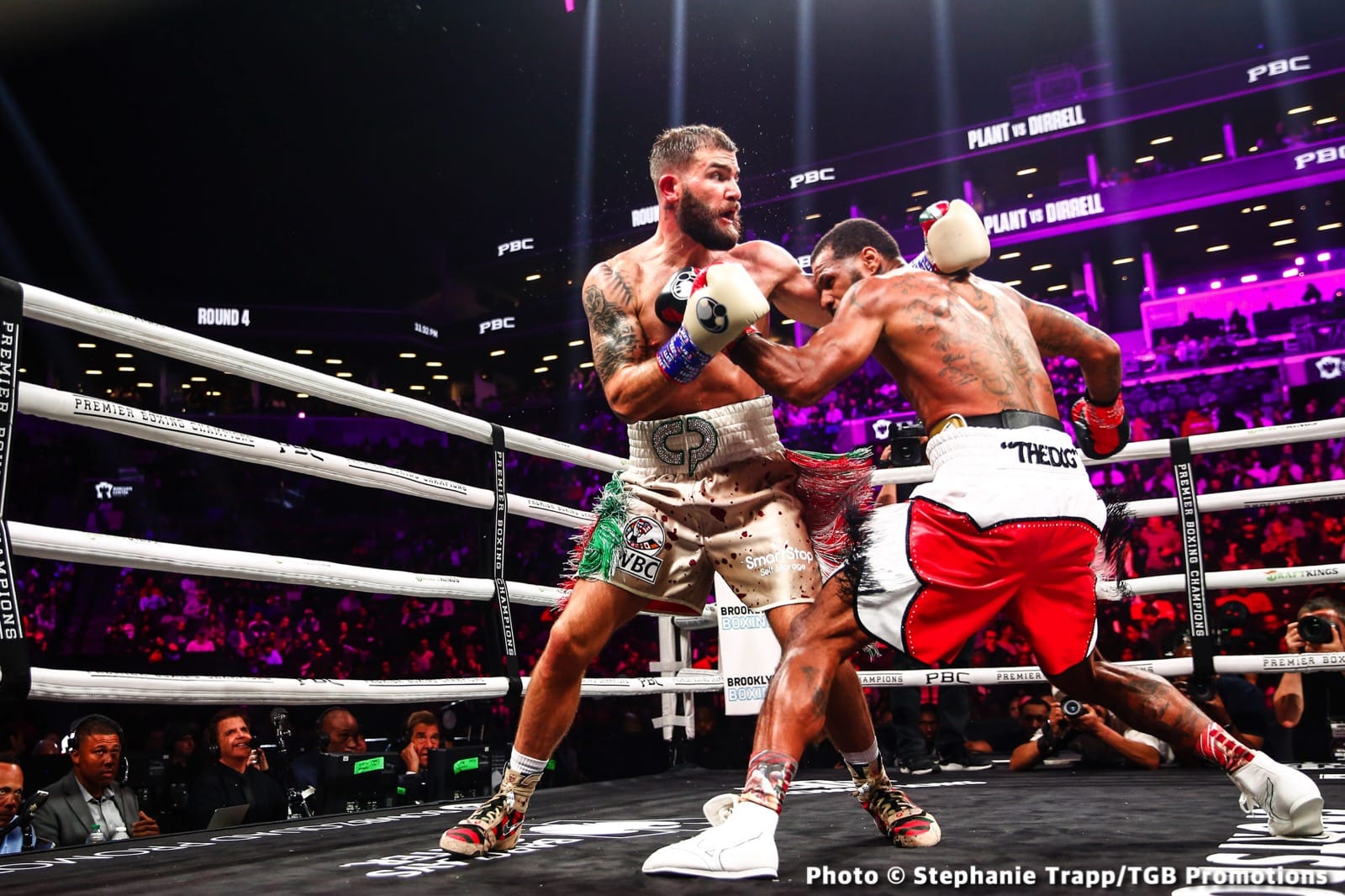 Caleb ‘Sweethands’ Plant has revealed on his Instagram account that he has signed his contract to face interim WBC super middleweight champion David Benavidez early next year.

It’s hard to believe Plant took this fight because the conventional wisdom is that he hadn’t wanted to be a part of the younger, stronger, bigger and faster former WBC super middleweight champion Benavidez.

The fact that Plant finally agreed to enter the contest against Benavidez suggests that he understands that unless he gets a big win, he will never get the rematch with Canelo Alvarez, who knocked him out during the 11th found last November.

Plant recently knocked out Anthony Dirrell on October 15, and he later talked about wanting to face the best to get a rematch with Canelo.

It was speculated that Plant was referring to Jermall Charlo and Benavidez. But Jermall has apparently taken a year off boxing after his grueling fight against goalkeeper Juan Macias Montiel last year, leaving Benavidez as the only option to win a rematch with Canelo.

“I went there and I succeeded. Signed contract. See you next year,” said Sweethands Plant on Instagram today.

Hopefully something won’t delay the Plant-Benavidez fight, like an injury.

Plant’s best career wins have come against Anthony Dirrell and Jose Uzcategui. He was doing well against Canelo Alvarez last November until he burned out in the championship rounds and was knocked out in the 11th.

Whether the Plant vs Benavidez fight takes place in January or March, the boxing public will be thrilled to watch them battle it out in what looks to be a semi-final to set up a finals match against the undisputed super middleweight champion. Canelo Alvarez at some point in the future.

Canelo is coming off of hand surgery and he may not be available to fight until September 2023. When he returns he will likely want a tune up rather than fight the Plant-Benavidez winner or maybe being WBA light heavyweight champion Dmitry Bivol.

ONE on Prime Video 5 Live Stream: How to watch