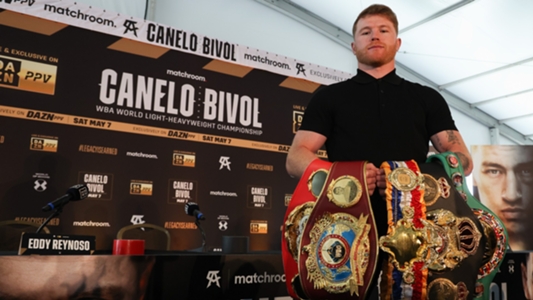 Saul ‘Canelo’ Alvarez is back in action on May 7 against WBA light heavyweight champion Dmitry Bivol.

Undisputed super middleweight champion Saul ‘Canelo’ Alvarez is one of the world’s superstars in boxing and it looks like the Mexican wants to take his show around the world.

Canelo is aiming to become a two-time world light heavyweight champion when he faces Dmitry Bivol on May 7 live on DAZN, with two more fights to follow this year and according to Matchroom’s Eddie Hearn, the third of Canelo’s three fights in 2022 could be in the UK.

“So John Ryder or [the winner of] Joshua Buatsi versus Craig Richards. We are well placed to supply him for one of those fights in London.

“Buatsi vs Richards is a fight where the winner can claim to be in these kinds of fights with Canelo.

“At the moment, they are two world-class national hopefuls.

“You have to go out there and be involved in a big fight like this at the O2 to start calling a legend like Canelo Alvarez.

“He’s going to want a dance partner in the UK.”

If Canelo gets past Bivol next month, he’s set to face Gennadiy Golovkin in a highly anticipated trilogy fight.