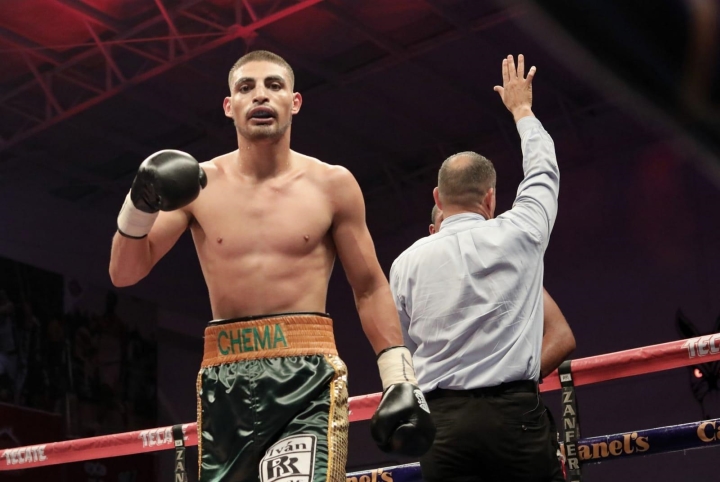 With a great display of power, efficiency, strength and aggression, Carlos “Chema” Ocampo and Carlos “Tiburon” Sanchez quickly resolved their commitments, in the co-main events where Zanfer opened its 2022 season this Saturday. , at the Zonkeys Auditorium in Tijuana.

World ranked Carlos “Chema” Ocampo (32-1-0, 20 KOs) came out firing against Panamanian Omir “Guerrero de Dios” Rodriguez (11-4-1, 5 KOs), who didn’t want a first round of study and came out fighting with a lot of aggression and pace.

Rodriguez’s aggression was used by “Chema” in his favor, and based on solid, long, precise and repetitive punches, he imposed his power and hierarchy to win by technical knockout at 2:59 minutes of the first round.

“Chema” landed a large number of punches to the face and body, and knocked down the Panamanian twice in the round, the second of them knocked the opponent down more dramatically and heavier , so the referee correctly stopped the fight .

“I want the world championship, I want to fight any world super welterweight champion, the WBC, WBA, WBO or IBF, and if I can with all four that’s even better. We are at a very good level and in a very good time. We showed that we are ready” said Ocampo.

Carlos “Tiburón” Sanchez (22-0, 18 KOs) entered the ring determined to come forward and attack, and his strategy paid off in less than a minute. With a constant, solid and precise attack, and a very worked body shot, he ended up knocking out José Luis “Pepo” Espinoza de Jalisco (14-6-1, 9ko), when the referee finished his count of 10, when Espinoza visited the canvas after landing a powerful right to the abdominal area.