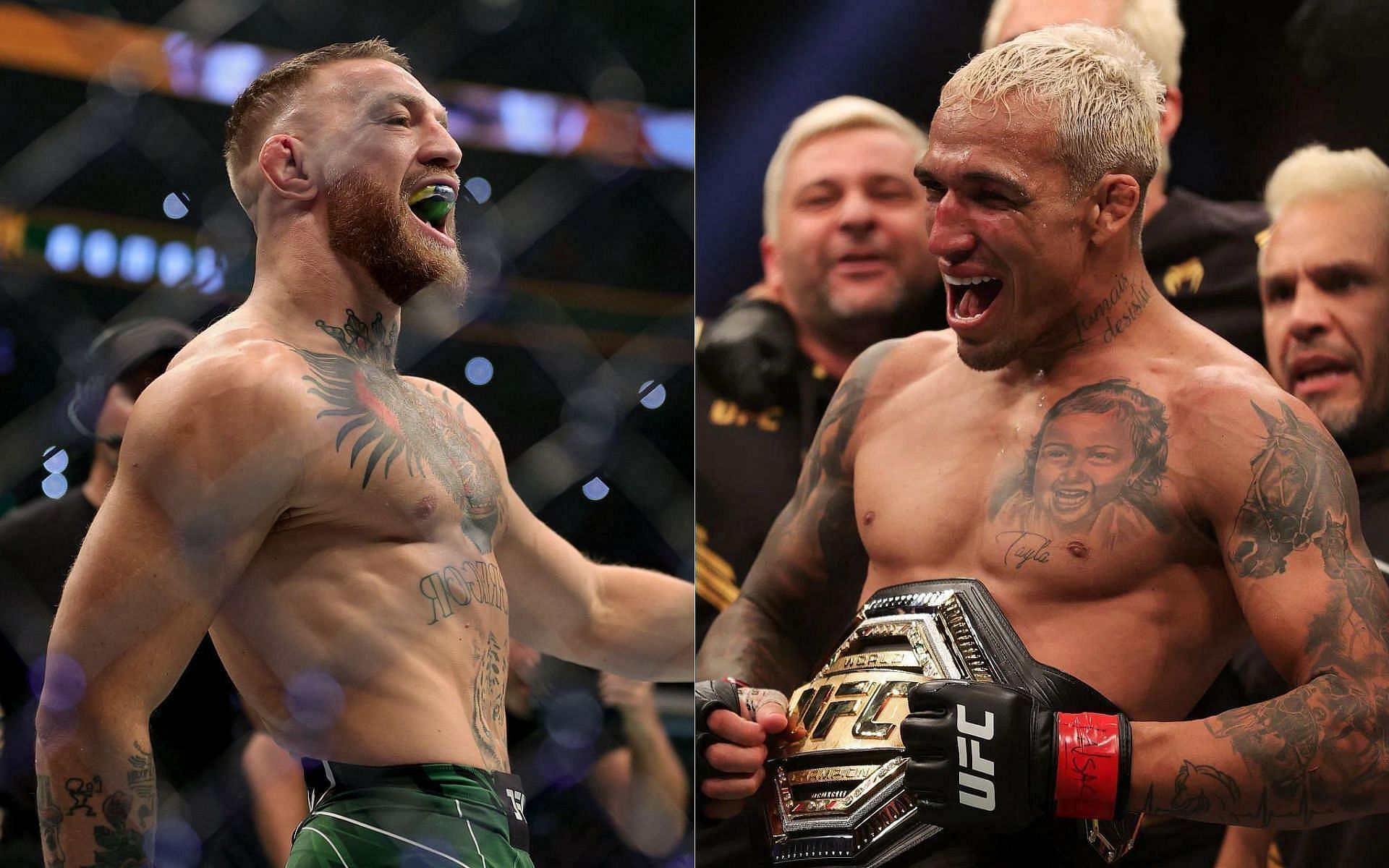 Charles Oliveira seems determined to make Conor McGregor his next opponent inside the octagon. The Brazilian fighter is assured of a title shot in his next fight and wants to take on the Irishman for the currently vacant lightweight title.

If Conor McGregor can return in Q4 22, I’m 100% certain Dana White will book him against Charles Oliveira instead of Islam getting the title fight. He will get the fight he wants. Either a tune-up fight at 170 or the title fight at 155.

If Conor McGregor can return in Q4 22, I’m 100% certain Dana White will book him against Charles Oliveira instead of Islam getting the title fight. He will get the fight he wants. Either a tune-up fight at 170 or the title fight at 155. https://t.co/nOAZEPV2vS

While McGregor acknowledged the offer, it seemed a bit doubtful that he would have to drop to 155 pounds again, despite the lure of a world championship title. If the former two-division champion doesn’t want to make the cut, “Do Bronx” will happily move up to welterweight to fight him.

Oliveira was quick to say he wanted to fight McGregor for the big payday guaranteed to anyone who shares the octagon with the Irishman, who is clearly the sport’s biggest draw.

During a recent interaction with Helen Yee, Oliveira made it clear that he wanted to welcome McGregor to the octagon regardless of weight class. He said (via a translator):

“[I would fight him at] 170. It’s all about money and I would like to earn that money with [fighting] him.”

Watch the interview below:

While talk of a McGregor return has intensified in recent months, latest reports suggest the Dublin native is unlikely to be fit for a comeback until early 2023. This will no doubt lower Oliveira’s chances of winning. face the Irishman next time.

Although not the official lightweight champion after being stripped of the title for not making weight at UFC 274, Charles Oliveira is considered by many to be the undisputed king of the division. In his last fight, Oliveira knocked out Justin Gaethje via a rear-naked choke submission in the first round.

Dagestan fighter Islam Makhachev is currently seen by many as the perfect candidate to take on Oliveira for the vacant title. Makhachev is expected to become a dominant champion in the future and given that he is on an impressive winning streak, many believe it is a good time for Khabib Nurmagomedov’s childhood friend and teammate to fight. for the title.

🚨Fun Fact🚨Islam Makhachev 🇷🇺 is the #1 fighter in the UFC for absorbing the LEAST strikes, per minute, averaging 0.84 😯 https://t.co/SKAbgbKrox

Oliveira, however, doesn’t think Makhachev deserves a title shot just yet. According to him, the fighter from Dagestan must first overtake his compatriot Beneil Dariush before challenging for the title.

He said to Yee:

“Islam Makhachev vs. Beneil Dariush. This is the fight that needs to happen.”