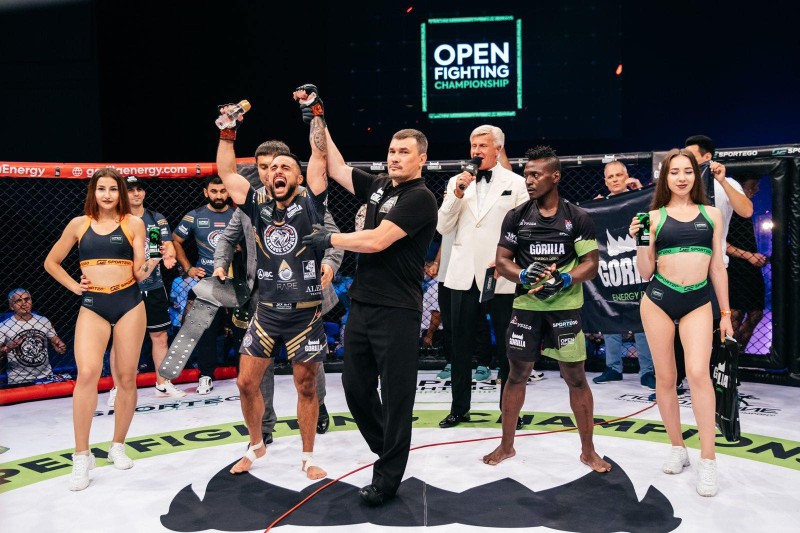 Professional MMA fighter and champion Rafayel Abrahamyan, affectionately known as “Buffalo”, spoke about his career and the sport’s proudest moments, including championship wins.

You always have a different choice you can make in an MMA fight. Your plan of attack can consist of several strikes, blocks and kicks. You can still end the fight in an unthinkable and unique way! That’s why I think MMA is so unique.

What are some of the professional moments you are most proud of in mixed martial arts?

In July 2021, I was able to successfully win the title fight against French MMA fighter Patrick Mbonda in Krasnodar, Russia. After the fight, I became the new owner of the championship belt!

What motivates you every day?

My strength comes from my people and my country, Armenia, they are the ones who encourage and support me every step of the way. I want to give a great example to the younger generation that anyone who tries and doesn’t give up can be successful in their sports career.

What’s it like to be an MMA fighter in the digital age? (now with technology and social media being so prevalent)

It certainly helps! You can find everything you need like training and nutrition, you can even see how your opponent is preparing and it gives you some sort of advantage, and whoever is smarter wins!

What is your advice for young and aspiring MMA fighters?

Believe in your dream and strive to achieve it no matter what! Ignore all difficulties as long as you pursue this dream, you will achieve it.

What are your plans for the future?

I will continue to fight and defend my belt! After finishing my fighting career, I will open a school to teach young people how to fight.

What would you like to say to your fans and supporters?

What does the word success mean to you?

The word success is synonymous with hard work and a constant thirst for achievement! You may get lucky and get something, but it never lasts. Always stay motivated and determined not to give up!