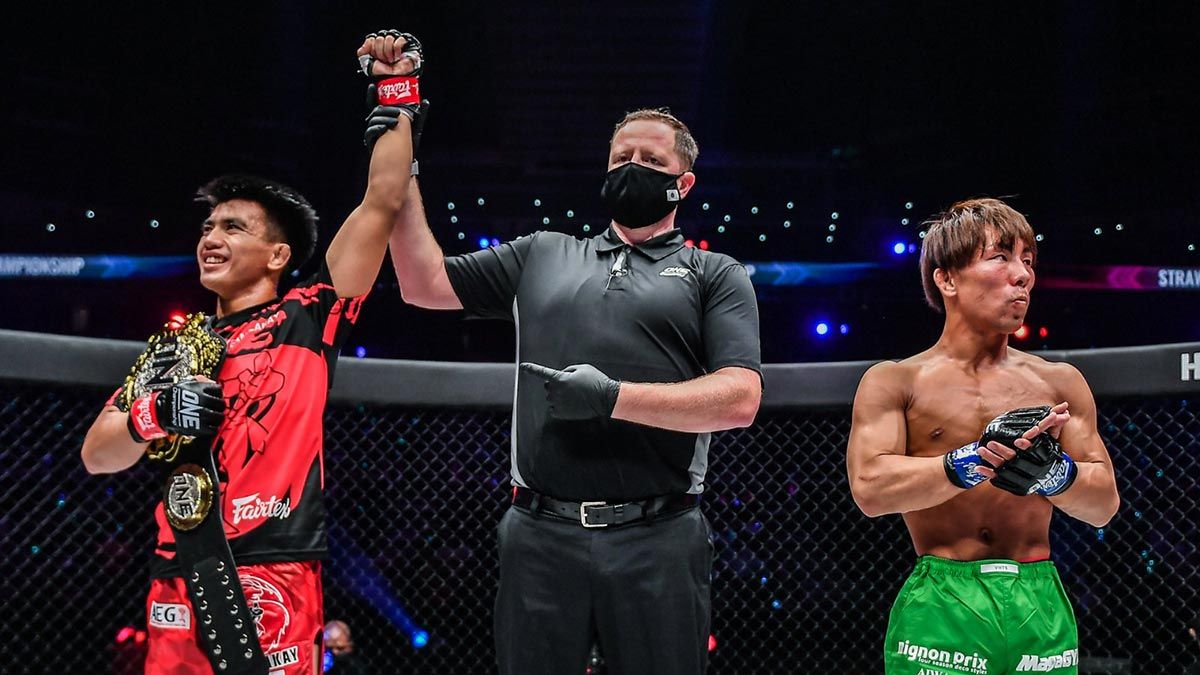 A LOT has been said about Team Lakay’s supposed new generation of fighters, and after Joshua Pacio’s scintillating performance at ONE: Revolution last Friday, the big boss certainly took note.

ONE Championship President and CEO Chatri Sityodtong expressed his admiration for the 25-year-old’s performance after successfully defending his ONE Strawweight World Championship against Yosuke Saruta.

“I’m just blown away by Joshua. He made it easy,” said the founder and senior executive of the promotion.

Pacio truly proved himself to be the best strawweight in the division by securing a first round knockout victory over his great Japanese rival, putting that trilogy behind him.

Sityodtong was also impressed with the performance of Team Lakay’s mainstay, given he had just come out of a 20-month layoff and battle with COVID-19 in March.

“I was worried that the ring might rust on him, but he absolutely destroyed Yosuke. It’s not even close,” he said at the post-event press conference.

If Pacio’s performance was any indication, Sityodtong said Team Lakay’s future is indeed in good hands.

Lito Adiwang was also impressive in his comeback fight in the same card, scoring a unanimous decision victory over Hexigetu to make the case for the strawweight division.

Danny Kingad still remains one of the top contenders in the flyweight division, while Jenelyn Olsim started her journey in the women’s atomicweight division.

Jeremy Pacatiw also won his debut in the bantamweight division, while new signers Stephen Loman and Jhanlo Sangiao are still awaiting their promotional debuts in ONE.

“The Lakay team are truly one of the best teams on the planet and I’m blown away by this young generation and can’t wait to be there,” said Sityodtong.

We are now on Quento!
Download the app to enjoy more articles and videos from SPIN.ph and other Summit Media websites.