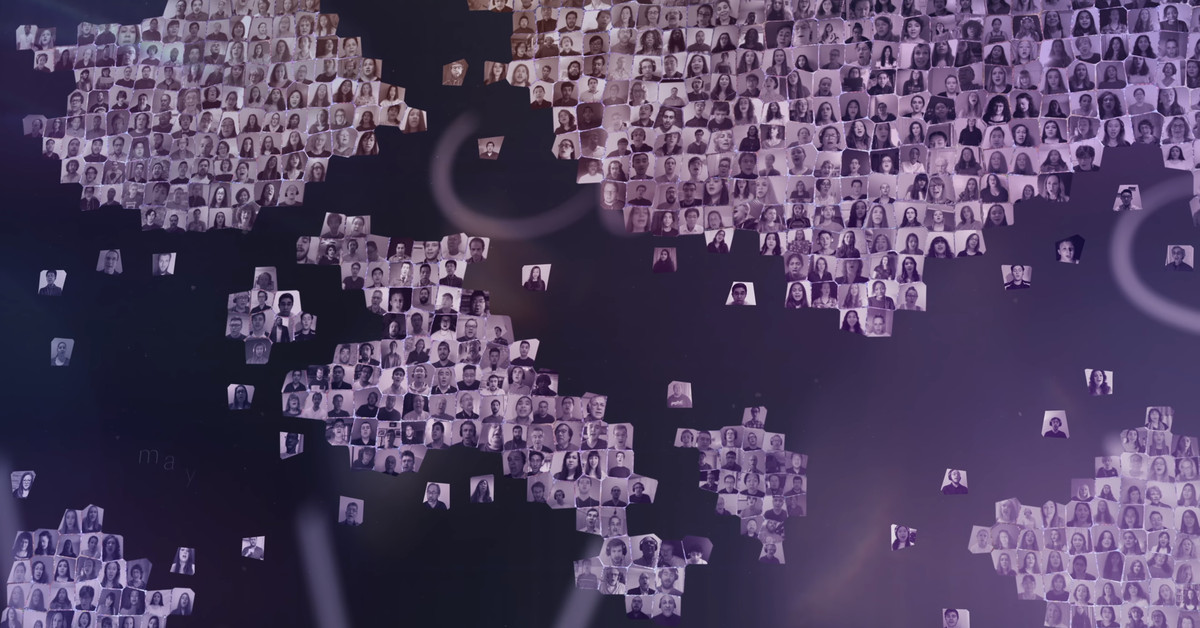 The words “world peace” were virtually non-existent in our body of English literature before the 20th century. Then came the 1900s, and we started to see the world, and we realized that the world was not peaceful.

The phrase has crept into our texts. The Great War came and went, and the frequency of those two words increased with the number of deaths.

Two decades later, nations clashed in the greatest conflict in history. World peace had never been such a distant reality or such a popular concept. Expression peaked in 1945. Since then, it has experienced an almost constant decline.

Why? Did the lion and the lamb finally put their differences aside, or have we just become too tired to keep trying?

Or. Despite what the books might say, world peace is already here – you just need to join the choir.

In March, that month we all became amateur epidemiologists, I tweeted to my favorite contemporary songwriter asking if he could back us up with a quarantine composition. To be clear, Eric Whitacre has no idea who I am; it was far away, he would even see the note. Still, he graciously replied that something might be in the works, but it wasn’t something he could just “throw together.”

In fact, you don’t just “bring together” 17,527 participants from 129 countries singing to original music.

What Whitacre had created was his virtual sixth choir, an assembly of ordinary people capturing the vocal parts assigned to them on video while following his prerecorded direction. After an untold amount of manpower and hours of editing, the end product is an astonishing allegory of harmony, a 3 minute and 21 second embodiment of world peace.

May we sing together, always.

May our voice be gentle.

May our song be music for others

and may he keep the others up.

Sing softly as one.

May we be united, always.

May our voice be strong.

May we hear the song and

May we still sing.

As one, then 40 then thousands of faces slide across the screen, each adds their voice to the global choir, forming the visual of nations merged through a shared experience.

This is not a marketing stunt. It is not a ploy to sell Coca-Cola from an Italian hill. Think about it for a second: Whitacre has achieved what every naive child prays on their knees every night; he literally brought the world together in harmony – emissaries from 129 countries pleading that we “sing softly, always … as one.”

Watching her video is what gratitude looks like, what courtesy looks like, what beauty looks like. Even a year of misfortune cannot take away those moments of wonder. Masks and containments can’t stop a baby from taking his first breath. Earthquakes and fires cannot prevent flowers from blooming again one day.

But sometimes, as quickly as hope comes, it fades away. Where is the energy to improve humanity as we are just trying to achieve tomorrow? When we gave in to our polarization, our contempt, our differences just to survive another day dressing up to our waist, our pixelated faces feigning a smile as homeschooled kids scream in the background ?

When so many things consume us, where do we find peace?

A different choir answered this question two millennia ago. For the shepherds, they rejoiced at the birth of a baby in a manger, the promised messiah, the prince of peace.

Their heavenly song lifts us up today if we are ready to join them.

I cannot claim that the new year will be much better than the last, even with the miracle of medicine underway. But I know I’ll be fine in the end if I sing at the same time.

Veteran and granddaughter get vaccinated at the same time