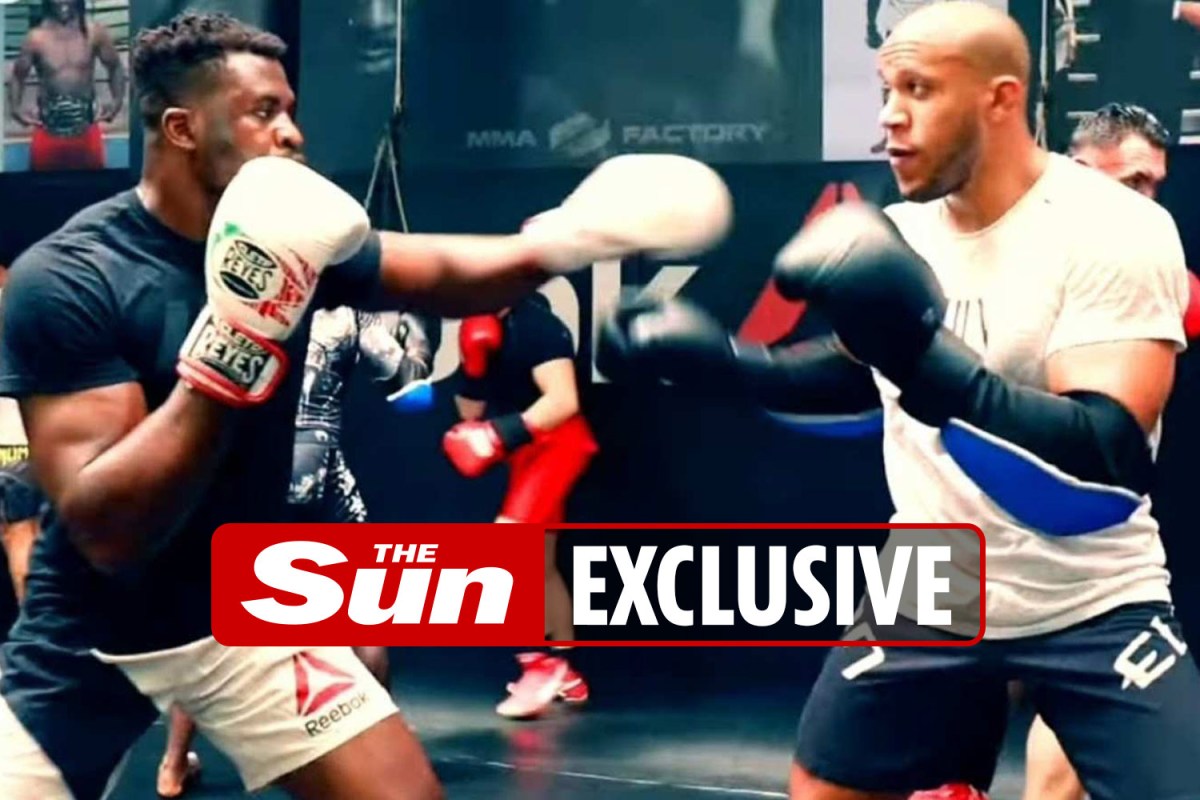 CIRYL GANE has warned Francis Ngannou that he has “improved” tremendously since their fighting days at the MMA Factory in Paris.

Bon Gamin will look to end his former sparring partner’s reign as heavyweight champion early Sunday morning in the main event of UFC 270 in Anaheim, Calif.

Both men have a great understanding of each other’s strengths and weaknesses following their fight under Fernand Lopez, although Gane believes he has come a long way since those days.

The undefeated Gane was just a heavyweight prospect when he traded blows with Ngannou at the old MMA factory.

And he admits hanging out with the Cameroonian so early in his career has been a source of great confidence.

He said: “At that point the feeling was, ‘I was really lucky’ because I had just started in MMA and I can train with a guy who was already in the top five. “

Although Gane has fond memories of the time he spent sharpening his tools with his former sparring partner, he is all too aware of the improvements brought about by the UFC’s first African-born heavyweight champion.

LATEST IN SUN BINGO AND VEGAS

That being said, the Frenchman thinks he himself is a completely different fighter than the one Ngannou worked with all those years ago.

The former TKO heavyweight champion said: “We’ve improved a lot – on my part and on his part.

“So I think today is going to be a bit different. But it helped me have a bit more confidence.”