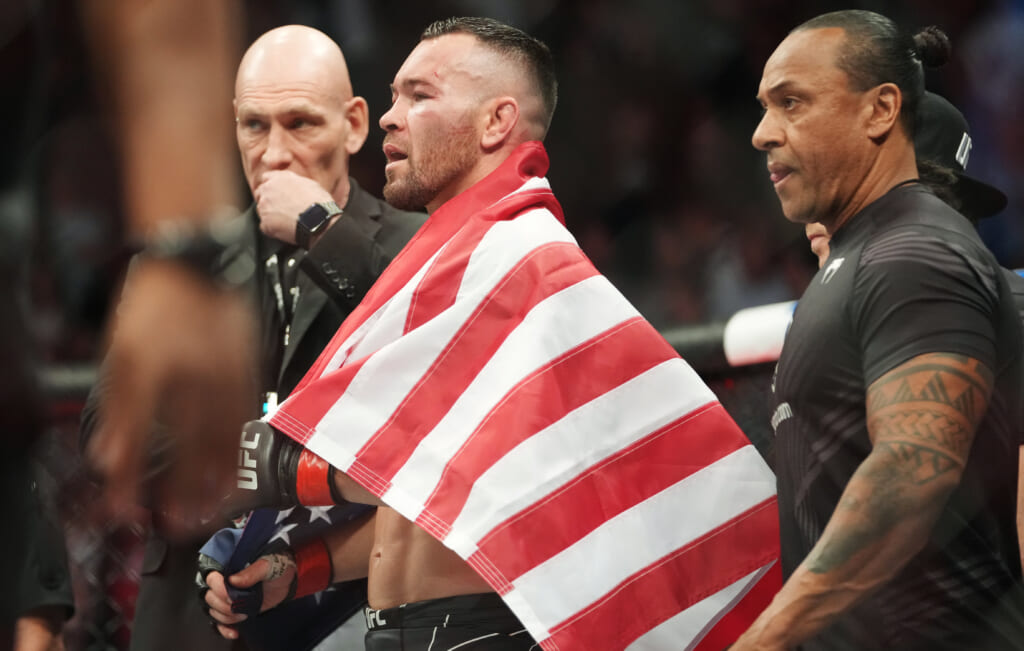 UFC President Dana White says he already has an opponent in mind for Khamzat Chimaev’s next fight.

Before the UFC can get to the rising Russian star’s next fight, he must overcome a serious challenge on Saturday night at UFC 273. Inside the Vystar Veterans Memorial Arena in Jacksonville, Chimaev will face the former title challenger and second welterweight Gilbert Burns. The Brazilian will be by far the toughest test of the unbeaten stars to date. Nonetheless, a day before the event, the Chechen was a strong -490 betting favorite (via Draft Kings) to win.

Assuming Chimaev completes his assignment in Florida, he would be considered a top contender for reigning welterweight champion Kamaru Usman. But with the champion set to face Leon Edwards next, Chimaev will instead face current No. 1 contender Colby Covington in his next fight, as White explained during a Friday appearance on The Pat McAfee Show.

Khamzat Chimaev’s next fight could be on the ABC network

“I think if Khamzat Chimaev wins this weekend, we’ll see him next with Colby Covington,” White said. … “I have a fight coming up on ABC, and in a perfect world, if all goes well, I would love to do Khamzat against Colby if Khamzat were to win on Saturday night.”

A Chimaev vs. Covington booking makes a lot of sense for the UFC, especially if it’s a network TV fight. Usman vs Edwards has already been confirmed by White, and the Englishman has rightfully earned a title fight. If Covington wins, it could still be difficult for him to get a third opportunity against Usman after failing his previous two championship chances.

In the event that Covington beat Chimaev, the winner of this month’s welterweight matchup between Vicente Luque and Belal Muhamad would likely be next in line. However, if Chimaev took down the highest ranked fighter in the division and only added to his growing legend, there’s no better fight to be had than Chimaev against the champ.

Chimaev must first beat Burns tomorrow night at UFC 273. The card kicks off at 6 p.m. ET with early prelims on ESPN+. Core preliminaries follow at 8 p.m. ET on ESPN and ESPN+. Then the main pay-per-view card for $74.99 starts at 10 p.m. ET exclusively on ESPN+.