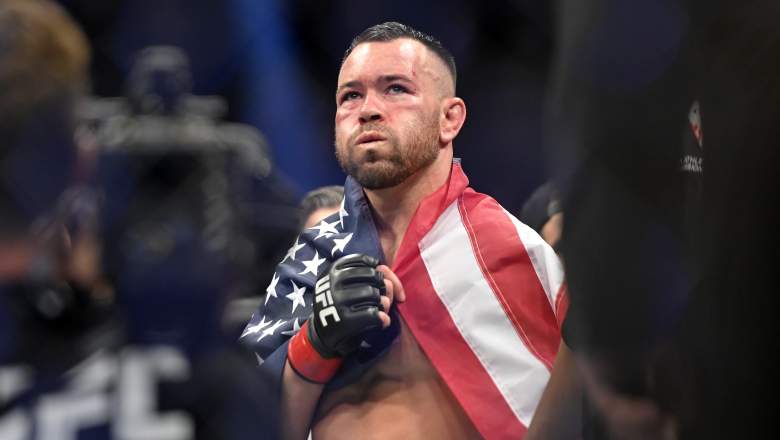 Fans could end up waiting months more to see Colby Covington compete, as his ideal UFC comeback would likely be against Leon Edwards if he beats Kamaru Usman again, ESPN’s Brett Okamoto written in a recent column.

When Edwards took the 170-pound strap from Usman with a stunning headbutt at UFC 278 in August, he also opened up the possibility of Covington receiving a title fight.

Covington competed for the undisputed UFC welterweight championship twice against Usman, but ‘The Nigerian Nightmare’ came out on top both times. Because of that, Covington’s chance of receiving another gold crack while Usman reigned was slim.

The trilogy between Edwards and Usman is likely next as both fighters and UFC President Dana White have shown interest in the matchup. Edwards recently said he would like to settle the 1-1 scoreline with The Nigerian Nightmare in the UK and that could happen as early as March.

If “Rocky” beat Usman again, it would open the door to Covington’s third title fight. It is currently ranked #2 in the division and he and Edwards never crossed paths. Additionally, Chaos is coming off a victory over Jorge Masvidal in March at UFC 272.

In Okamoto’s ESPN article, the longtime reporter pointed out that Covington is waiting on the sidelines until Edwards vs. Usman 3 plays out.

“Possibility #1: Edwards defends his title against Usman in a trilogy fight in Q1 2023, and Covington slips in as the next title challenger,” Okamoto wrote. “Covington doesn’t talk to the media, but you have to assume that would be the ideal scenario for him. He wants to fight for the belt again. He won’t get that opportunity if Usman is the champion as he has already lost to him twice. But if it’s Edwards, he could be next.

“Khamzat Chimaev. Right now it’s up in the air whether Chimaev’s next fight will be at welterweight or middleweight,” Okamoto wrote. “If it’s a welterweight, there’s really only one fight that makes sense for him, and that’s Covington. The UFC could try to book Covington vs. Chimaev on the same card as Edwards vs. Usman III to set up the next title challenger.

“Things are constantly changing in the UFC, but I wouldn’t expect Covington to make his next move until there’s a little more clarity on a date for the Edwards-Usman trilogy and the Chimaev’s situation,” Okamoto continued.

A few weeks after their clash at UFC 272, Covington alleged that Masvidal repeatedly punched him outside a restaurant in Miami Beach, Florida. Considering the two are to meet in the courtroom, Okamoto said that could keep the 34-year-old fighter tied down.

“He is the alleged victim in an assault and battery case involving his former opponent Jorge Masvidal,” Okamoto wrote. “Masvidal is accused of attacking Covington on the streets of Miami on March 21, approximately two weeks after Covington outplayed him in a five-round grudge match at UFC 272. Covington has been extremely quiet ever since. suspected attack, which is not unusual for someone. involved in active business.

“The case has not yet gone to trial, and there is also the strong likelihood of a civil trial to consider, speculating on whether Covington may return.”