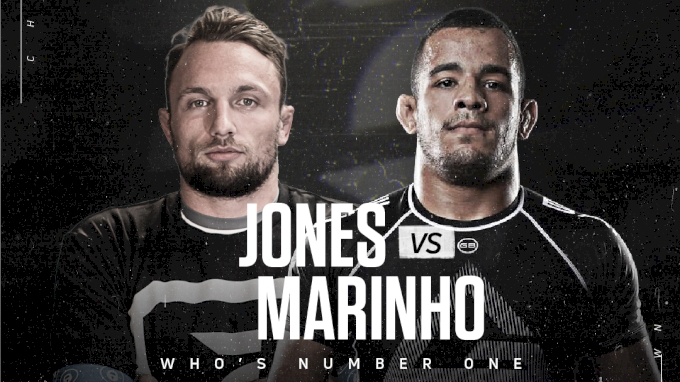 Jones is one of the most seasoned WNO veterans in terms of total number of games; he’s had four since October 2020. And he’s made the most of it. He has an average mat time of less than six minutes, with three wins by submission and one win by decision.

B-Team leader Jones will be looking for a fourth WNO submission win. Each of his three previous submissions has come via a leg lock, and each of them in under five minutes.

Jones is the No.2 heavyweight, but will defend his position at WNO against No.3 Marinho.

He will make his WNO debut against Jones in January, after a series of injuries kept him off the WNO mats in 2021. Jones and Marinho were initially scheduled to compete in the 185 lb class at the WNO Championship in September; but both men withdrew due to injury.

About WNO: Jones vs. Marinho

WNO: Craig Jones vs. Pedro Marinho takes place in Dallas, TX on Friday, January 21, 2022. Tickets are on sale now to watch the event live in person. Or watch it live on FloGrappling and the FloSports app. The event will begin at 8 p.m. ET. Three preliminaries will kick off the event and will be streamed live on YouTube and Facebook, followed by the main card.

Main card matches will only stream on FloGrappling.

The rest of the map will be announced throughout this week.

The press conference will be broadcast live on YouTube, Facebook and FloGrappling at 5:30 p.m. ET on Thursday, January 20. Also on Thursday, FloGrappling will host a seminar featuring Craig Jones in Dallas. Tickets for the seminar are available here.