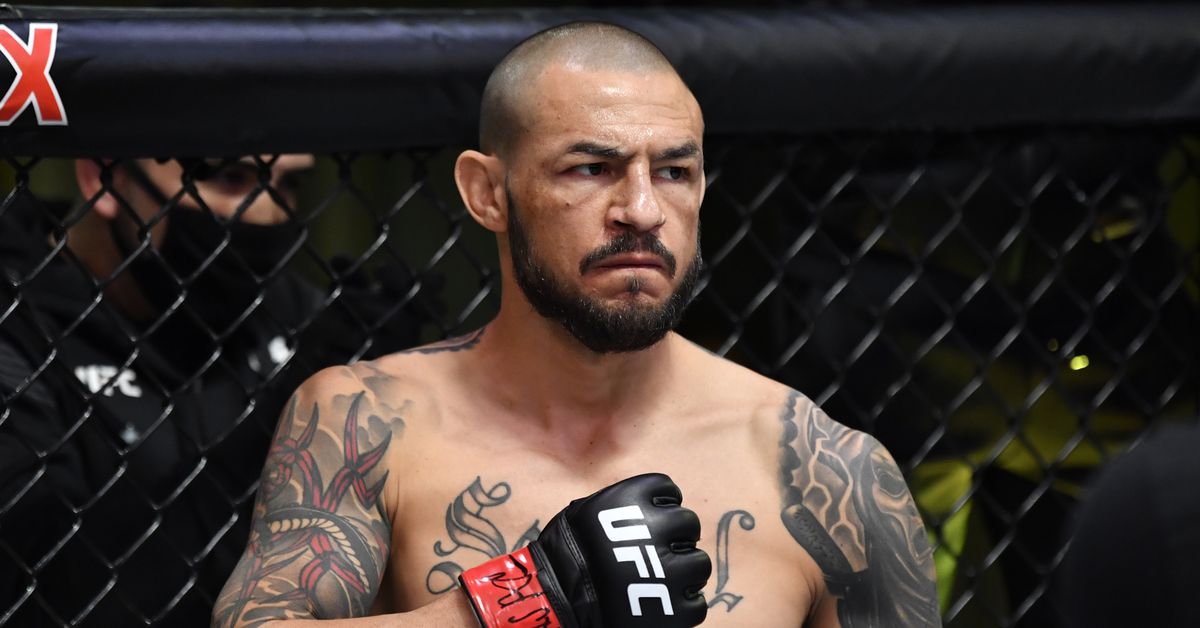 Cub Swanson has seen a lot in his 15 years under the Zuffa umbrella.

The 38-year-old featherweight made his WEC debut as a young prospect in 2007 and has been a fan favorite ever since, competing 29 times between WEC and UFC races and racking up 13 post-fight bonuses in the process. During this time, Swanson has had a front row seat to watch the rise of the UFC from a niche sports property to the all-consuming beast that it is today. It was a surreal sight for Swanson, but also not surprising.

“I always knew this was going to happen, because I just know it’s the most real sport,” Swanson recently said on MMA hour.

“There are no teams, no balls. Just one-on-one, and I love it.

Swanson is expected to join the UFC Hall of Fame Fight Wing this summer as part of the promotion’s Class of 2022 for his iconic win over Doo Ho Choi at UFC 206 in 2016.

It’s an honor Swanson said he could never have hoped for when he first laced his four-ounce gloves in 2004. That was the days before The Ultimate Fighter 1, when the sport of mixed martial arts was still on life support in the United States and struggling to be accepted by a cynical mainstream. It’s a night and day difference to where MMA is today, with profits skyrocketing year on year and UFC valuation and broadcast rights revenue reaching numbers that once would have seemed absurd.

Swanson said massive growth can even be seen in UFC fighter paychecks today – although he readily acknowledges there is still a lot of progress to be made.

“And that makes me laugh, because guys now they’re starting what I think is my second or third contract, so I had to work. So it’s going up and I’m enjoying that, but I still think fighters should be paid more. I’m always going to think that. I think we’re the heart and soul of it all. I think the UFC has done an incredible job of promoting the sport and making it the greatest sport in the world. .

“But yes, I think the sport needs to continue to evolve,” Swanson continued. “I don’t want to get stuck like boxing has. I love boxing – I love it – but I feel like they can be dinosaurs sometimes. Like the scoring stuff, I think we can still figure things out. I think the gloves could be better. I think the fighters could be paid more. I think it’s coming, but I still think we should get paid more regardless.

The “scoring stuff” mentioned by Swanson is a nod to the ongoing debate over open scoring that continues to rage within the MMA community.

Many fighters have voiced support in recent months for open scoring — a system that makes judges’ scorecards visible to athletes, cornermen and fans between rounds — and an anonymous operation of more than 200 fighters carried out by The Athletic in 2020 found that nearly 80% of athletes who responded were in favor of moving to open scoring. Swanson said he tends to lean the same way, although he’s open to hearing the other side.

“I would love to hear more arguments about it,” Swanson said. “I want to hear [more]. I am for, but I would like to hear the arguments against, just to know what the problems would be? It’s like when the whole weight cut thing happened, when we went to get our weights on earlier in the morning and then the weigh-in ceremonies, they didn’t seem to be as wholesale. And they only found out later. I think little issues like that, I’d like to hear about them before I really put my stamp on it.

“There was certainly reason to [Round 2 to be a 10-8 for Sterling as well]”, Swanson continued. “So, for me, how are you going to score [those the same]? For example, if there are two rounds and one was one-sided, very one-sided, and the other was close but someone clearly won, those rounds should not be scored the same.

As long as MMA continues to evolve, Swanson is happy to still be in the game.

The longtime veteran said he recently re-signed with the UFC on a new four-fight contract which he hopes will represent his last run in the sport. He’s hoping for a ‘King of Cali’ match against fellow WEC veteran Urijah Faber before hanging up his gloves, likely in 2023. And although he’s never challenged for a major title, Swanson said he’ll be able to come away satisfied with his legacy in MMA whenever that happens.

“The funny thing is, the belt is so prestigious, right?” said Swanson. “But at the same time, it can be a bit of a popularity contest, or a lot. And I don’t want to get too deep into it because then people just say “you cry” and this and that, but I’ve won #1 contender a couple of times and I just haven’t given, just because there happened to be someone else who was popular at the time. So it burned, and it really killed my motivation and my passion for the sport for a long time, and it was hard to deal with.

“And me, over the years, I realized that right from the start, my goal when I started this sport was to be a better human being. And that helped me to be a man, and that t’s the man I am today. So I’m not really mad at that, because that was my goal. As you advance in this sport and progress, people will make you dream, like, “Oh, you’re going to fight for the belt, you have to fight for the belt. That’s all that matters, and that’s the only thing that matters in this sport.

“The reality is that I got into the Hall of Fame and touched the lives of so many people and I’m the human being that I am today because of the journey,” Swanson continued. “And I don’t need a belt to say I’m validated, because I accomplished what I was trying to accomplish.”

By the Numbers: UFC Fight Night 205