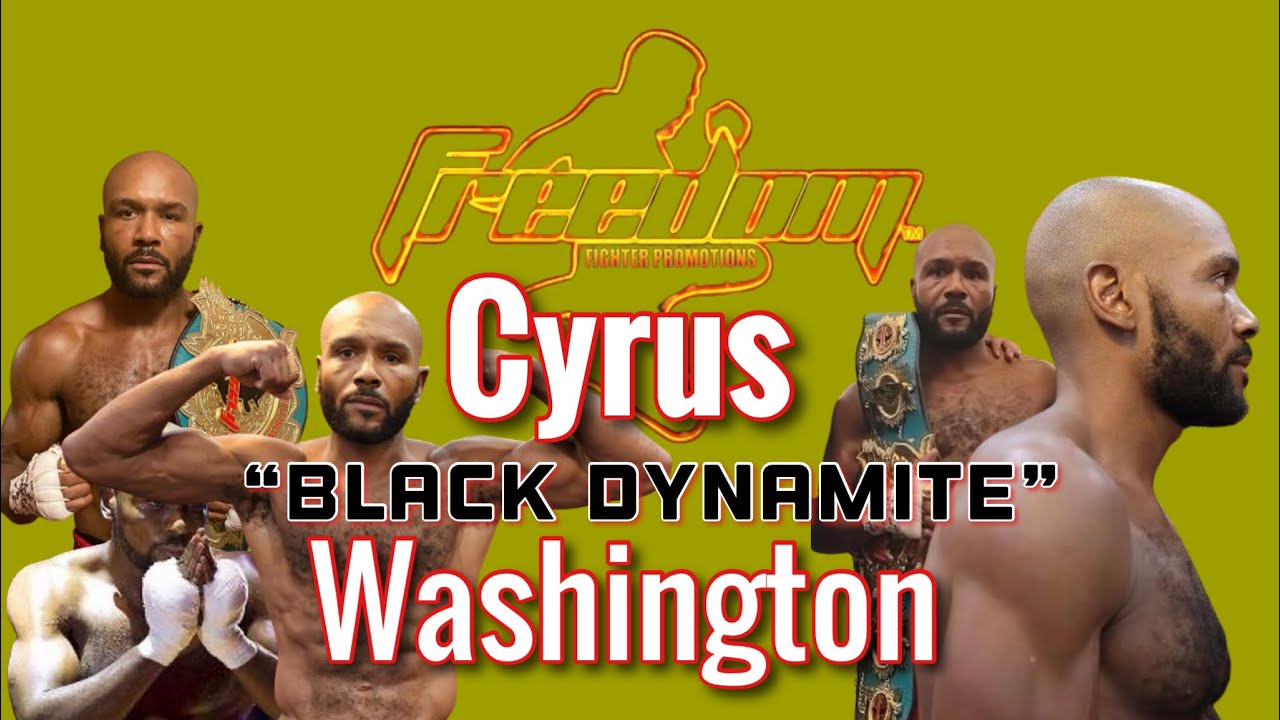 Video interview with Cyrus Washington above

On Friday, July 6, Yonkers, New York was served by the fastest growing Muay Thai in the United States. Freedom Fighter Promotions presented their biggest show yet, Freedom 6 with a plethora of tracks to share throughout the night.

In the most anticipated fight of the night, Cyrus Washington took on Joni Mate for the Freedom Light Heavyweight World Title. Washington, having over 100 pro fights under his belt, was quick to dismantle Mate. Targeting his opponent’s midsection early, Washington’s punches mixed with his kicks showed that they were slowing his foe throughout the round faster than Washington had intended. “I didn’t really let myself be set in stone in terms of what I expected of him,” Washington said.

“He seemed afraid of the knees,” Washington said. Thinking to himself, “maybe he hasn’t done much physical conditioning,” he continued to ponder. Once his trainer pointed out that Mate’s midsection looked a little flabby, it made a clear target for combat sports veteran Washington to work on.

A few beautifully put together combinations later, Mate was down for the count and a new light heavyweight champion was crowned.

With over 100 fights under his belt and at the age of 40, Washington has no plans to stretch out before returning to the ring to defend his newly won title. Revealing him and Freedom CEO and promoter Rami Ibrahim shared an in-ring conversation where Ibrahim told Washington he wanted to keep him “busy”.

Tune in above as Cyrus “Black Dynamite” Washington discusses his recent championship victory with MyMMANews. He talks about proudly wearing his new gear on his flight home. We discuss Joni Mate as an opponent, as well as what the Freedom Light Heavyweight title means for the combat sports sensation.

Currently studying broadcast journalism at Wilmington University, Adam’s passion for the sport only grows stronger when a fighter’s voice is heard. He thrives on asking detailed questions to inspire the thoughts behind the punches in hopes that each fighter can find their own righteousness. Specializing in pre- and post-fight interviews for MyMMANews, Adam strives to keep fight fans up to date with the latest and most authentic MMA news possible.
He is a co-promoter of Delaware’s premier kickboxing and Muay Thai organization, IBF Promotions. Recently, he has also accompanied MMA organizations Global Proving Ground and XCC as a co-host and ringside commentator.