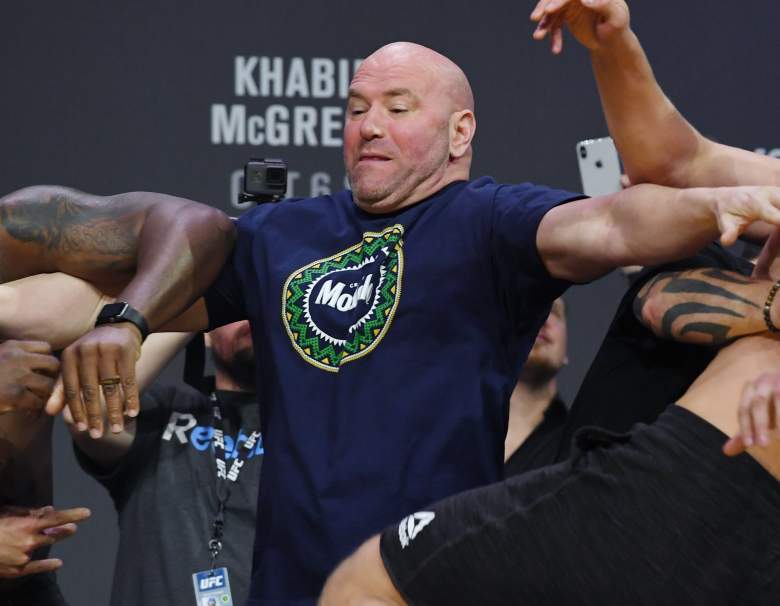 UFC President Dana White revealed Farah Hannoun of UFC Arabia exactly what it’s like working with UFC superstars Nick and Nate Diaz. White hinted that organizing fights for the most popular brothers in MMA history was sometimes quite difficult, but he also said the same about working with other popular MMA stars.

Perhaps realizing that his interviewer hadn’t really asked if either of the Diaz brothers was “difficult” and that only the UFC boss had entered that term into their conversation, White pivoted to explain. what he was trying to say in a different way.

Nick Diaz returns to the UFC for the first time since 2015.

Diaz will face former UFC welterweight champion Robbie Lawler in a special five-round bout at UFC 266 on September 26. Diaz beat Lawler by knockout 17 years ago at UFC 47, so UFC 266 will be one of the most anticipated revenge in history between two stars from an earlier era.

Additionally, Diaz vs. Lawler 2 will only be the second time that a UFC fight has been scheduled for five rounds without being either the main event on the map or for a UFC championship.

Nate Diaz and Leon Edwards were the first UFC stars to participate in such a five-round fight at UFC 263.

Edwards beat Nate Diaz in the main five-round co-event, so Nick Diaz is hoping to do better against Lawler at UFC 266.

ALL the latest UFC news straight to your inbox! Subscribe to Heavy on the UFC newsletter here!

White was on summer vacation, but resumed interviews with some media this week in support of the UFC’s upcoming pay-per-view card.

UFC 265: Lewis vs. Gane takes place on Saturday, August 7 at the Toyota Center in Houston, Texas.

But the map also has other solid fights.

The original UFC 265 co-principal was supposed to face UFC bantamweight and featherweight champion Amanda Nunes against Julianna Pena, but Nunes had to withdraw from the fight due to COVID-19.

UFC 265: Lewis vs. Gane is expected to be sold out in Houston, and the card will air live exclusively on ESPN + pay-per-view.

READ NEXT: “All she does is smash fools and cash checks”