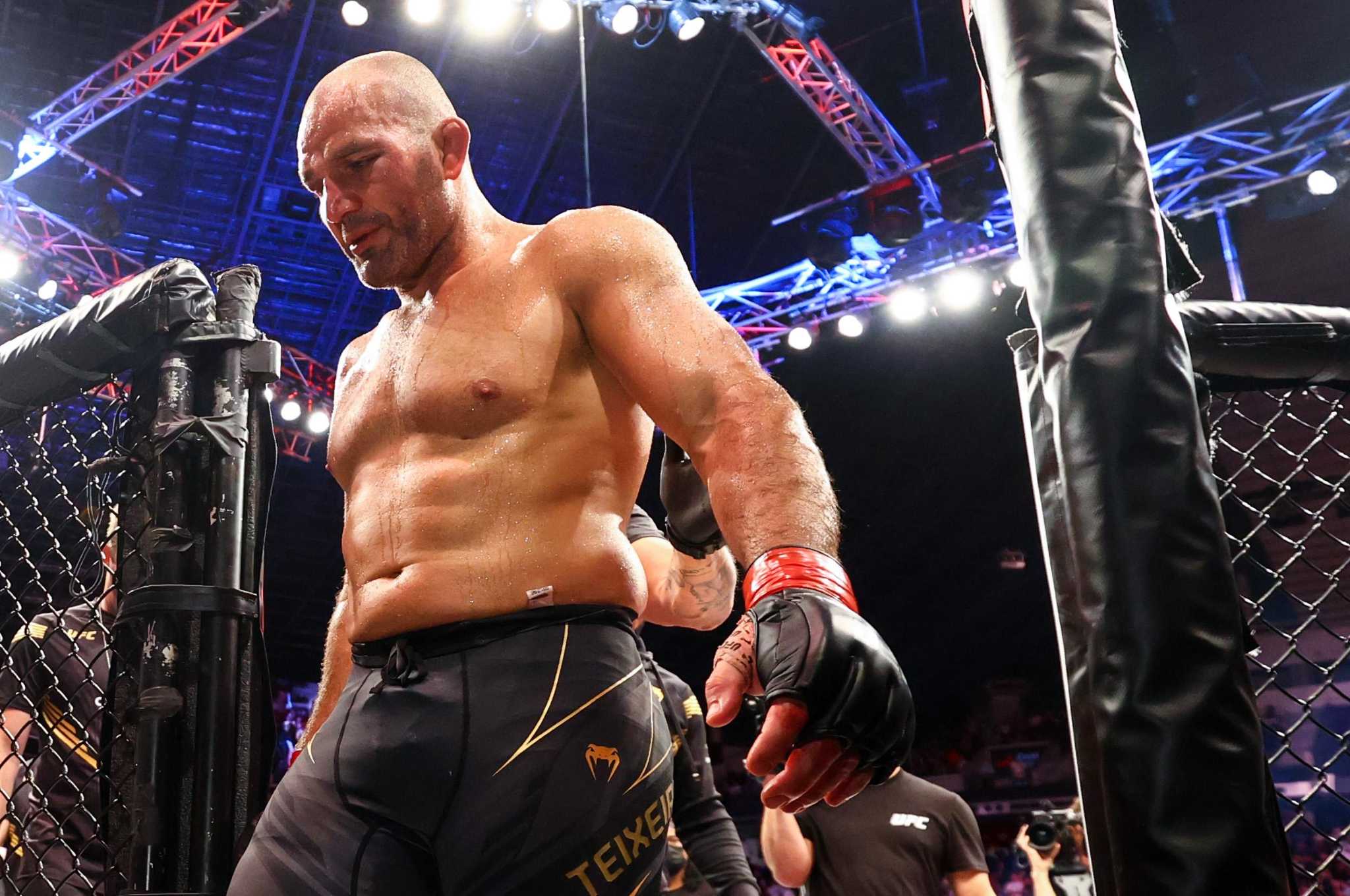 Danbury’s Glover Teixeira’s first title defense came in a loss late in the final round on Sunday morning at UFC 275 at Singapore Indoor Stadium, but he told ESPN his career isn’t over.

Jiri Prochazka’s rear naked choke ended the fight with 28 seconds left in the fifth and final round of five minutes, giving him a submission victory over Teixeira and the UFC light heavyweight championship.

Teixeira, 42, had spoken of the possibility of retiring at some point this year, then backed off somewhat.

“Do I look exactly 42 there?” he asked on the ESPN show when asked what was next for him. Said no, he replied, “then I will continue.”

But ESPN’s show said Teixeira was ahead on two of the three judges’ scorecards and likely would have won had he lasted those final 28 seconds.

“He was hitting me with body shots which, for example, took my gas away,” Teixeira told ESPN. “I was gassed.”

Teixeira landed some big punches at Prochazka in round five, but Prochazka was able to throw the fence and roll Teixeira with about 75 seconds left in the fight.

Teixeira told a podcast in May, as reported by MMA Insight, that his “perfect plan” would be to win this match, fight again in November at age 43, and retire. He was not so categorical at the start of the week: “I said it was a possibility. I never really said I was going to retire,” he told USA Today’s MMA Junkie this week, adding that Teixeira didn’t want to retire and then return to fighting.

Teixeira, who moved to Danbury in 1999 from his native Brazil, became the UFC’s oldest champion for the first time when he defeated Jan Blachowicz by submission for the light heavyweight championship on Oct. 30.

He had a gym in Danbury but moved it to a bigger space in Bethel in 2018.