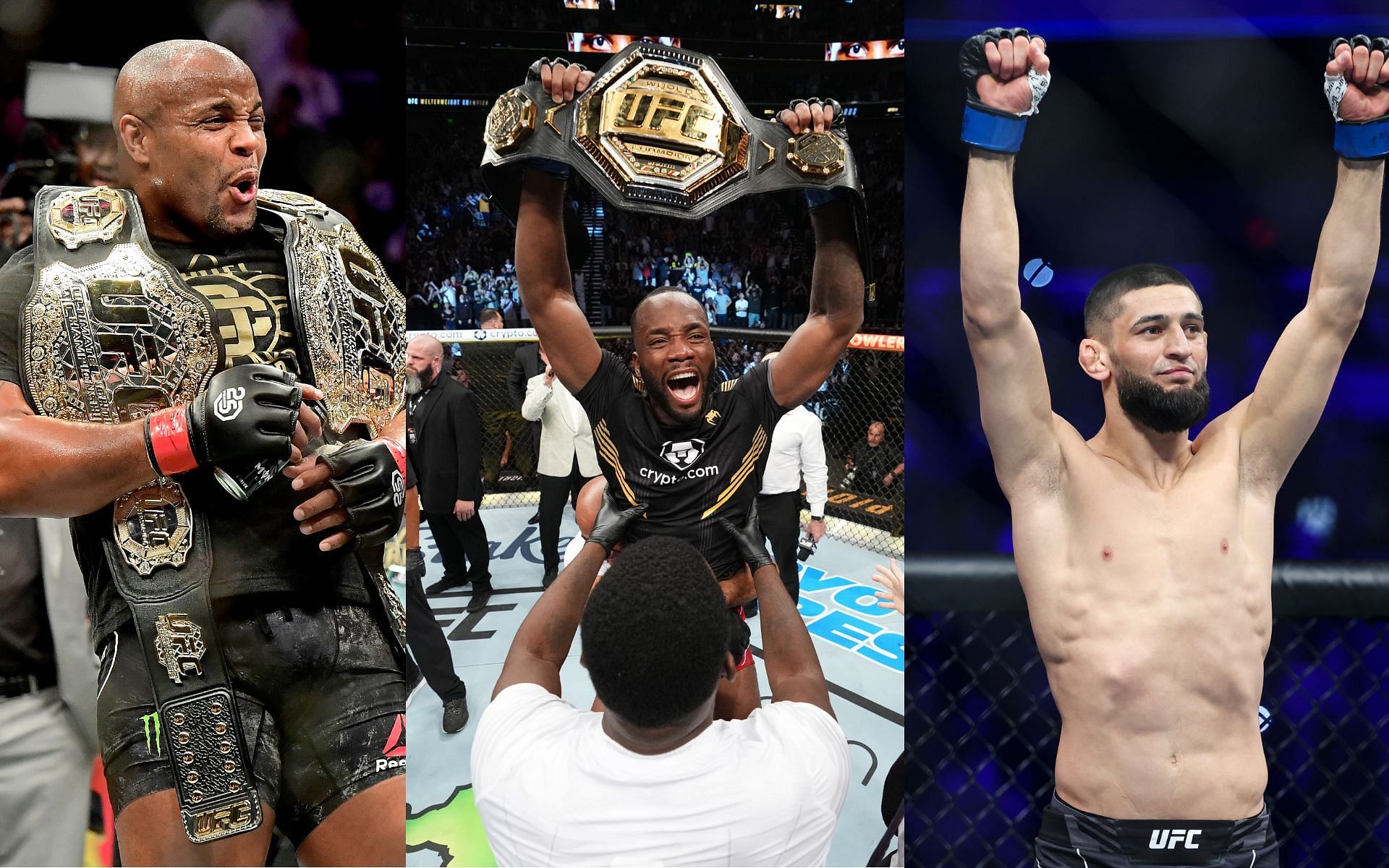 Leon Edwards eliminates one of the most dominant fighters in the UFC https://t.co/cK6TDxRjF5

Cormier is one of only four two-time champions in UFC history. Now retired and in the UFC Hall of Fame, Cormier works as an analyst and commentator for the UFC. While breaking down Chimaev’s upcoming UFC main event against Nate Diaz on his show 3 rounds with DC!Cormier said (from 9:48):

“I think last weekend he didn’t realize he was the biggest loser in the Usman v Leon situation because he was in line. All he had to do was get past Diaz “All he had to do, pass Diaz, you fight for the championship, but with Leon Edwards winning now, we now have a trilogy and deservedly so.”

Cormier went on to question the goal of the next game between Chimaev and Diaz, adding:

“That begs the question, what is this fight for? I feel like for Diaz, this fight is for legacy. I feel like for Chimaev, it’s just another scalp on his CV because I don’t know if this victory necessarily puts him closer than he already is to a title fight. And, because of last weekend’s result, he will need one of I just wonder who this one more is going to come up against. If he beats Diaz, will he get Covington next?”

Leon versus Usman 3… at Wembley? 🏟️

We’d shine the sun for just one night to make this fight happen at home! 🤞 #UFC278

Leon versus Usman 3… at Wembley? 🏟️ We would make the sun shine just one night for this fight to happen at home! 🤞 #UFC278 https://t.co/q326oTKsFu

If Usman had emerged victorious at UFC 278, Khamzat would have been next, provided he defeated Nate Diaz. Edwards’ win threw a wrench in those plans, but Khamzat remains the most likely welterweight to receive a title shot after the trilogy.

A matchup with Covington, as Cormier suggested, could be next for Chimaev. Chimaev has called out Covington in the past, and especially if Edwards remains the champion, the two could face off to see who deserves the next title.

Edwards’ victory put the rest of the division’s title hopes on hold, as Usman is the most deserving opponent in his first title defense. Khamzat Chimaev must continue to mind business until the opportunity arises.

“Shake him, grab his neck and guillotine him”

Israel Adesanya reveals the lowest point of his MMA career, and it wasn’t his only loss