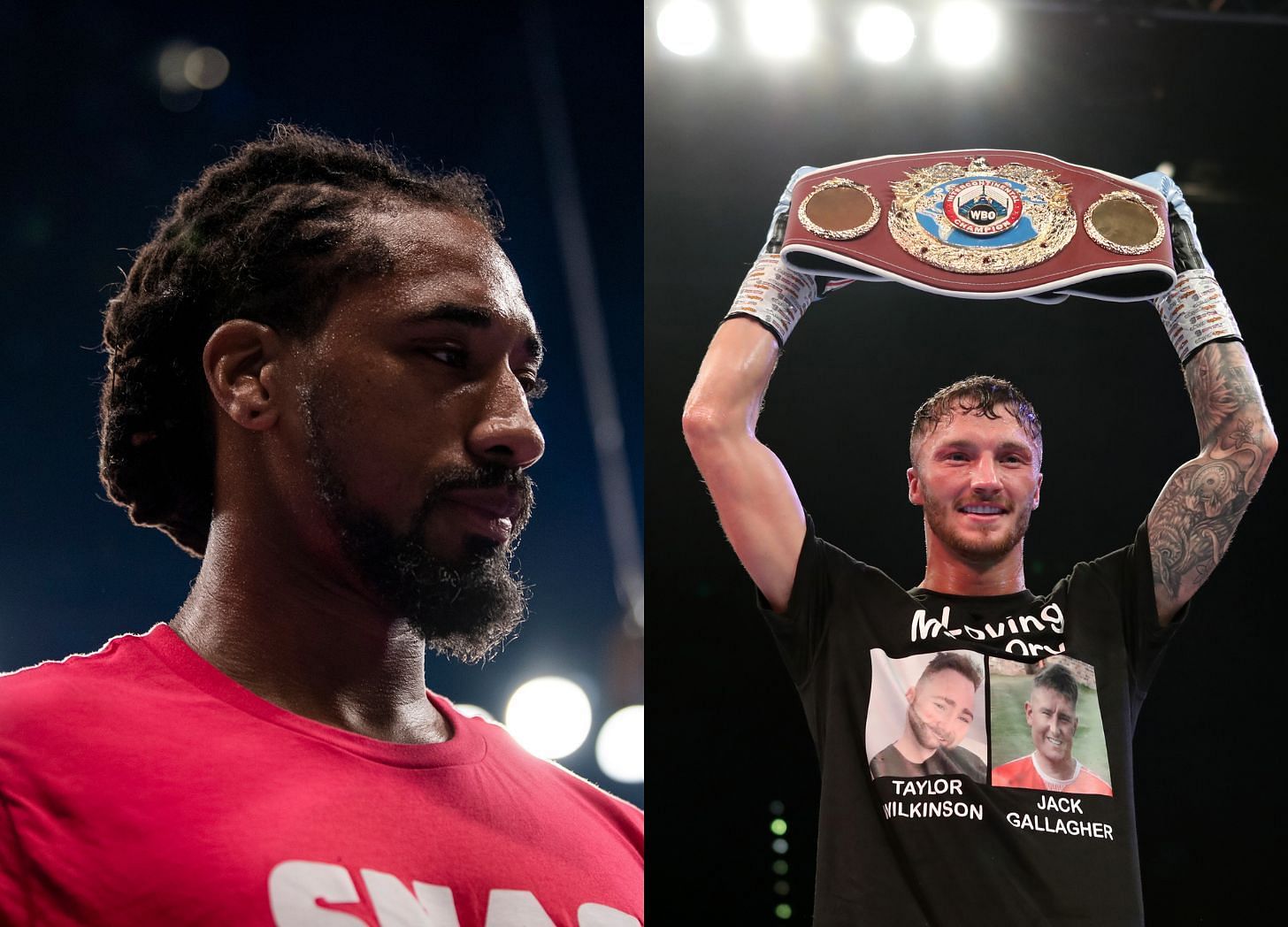 Demetrius Andrade gave Zach Parker a stark warning during their first press conference. Andrade and Parker are due to fight on May 21 at Pride Park Stadium in Derby, England.

The fight will be for the WBO Interim Super Middleweight Championship, where the winner could become a mandatory challenger to face Canelo Alvarez. Parker, who comes from Derby, will have the home advantage when he takes on the American in the biggest fight of his career.

Here’s what Andrade told Parker during the press conference:

“My job is to come and destroy you and keep my unbeaten winning streak and keep striving for greatness.”

When Parker’s manager said it would be a very tough fight for the American, Andrade playfully responded:

“At the end of the day, me and Zach Parker have to fight and put on a great performance. Any questions from the manager, I’m just gonna stick my chin in here so Zach can punch me. Come on Zach, you can do it! I’m not going to go back and forth like I’ve shown in the last 31 fights. I’ve got 19 knockouts and I’m moving to the new weight class to take over.”

This will be Demetrius Andrade’s first fight at 168lbs and it remains to be seen if the American can handle a bigger opponent like Parker. Measuring 1.80 meters, ‘Boo Boo’ is accustomed to fighting boxers who are shorter than him and less physically strong.

Parker is considered a big super middleweight and has had several fights at lightweight throughout his career. With 16 knockouts from 22 wins, he also has devastating punching power.

Of the two boxers, however, it is Andrade who has fought at a higher level before. The American is a two-division world champion and has beaten established contenders such as Liam Williams, Maciej Sulecki and Vanes Martirosyan. Meanwhile, Parker picked up his best wins nationally against Darryl Williams and Marcus Morrison.

Watch highlights from Andrade’s fight against Williams below:

Both fighters will be looking for a standout performance with a possible fight against a certain Mexican great on the horizon.