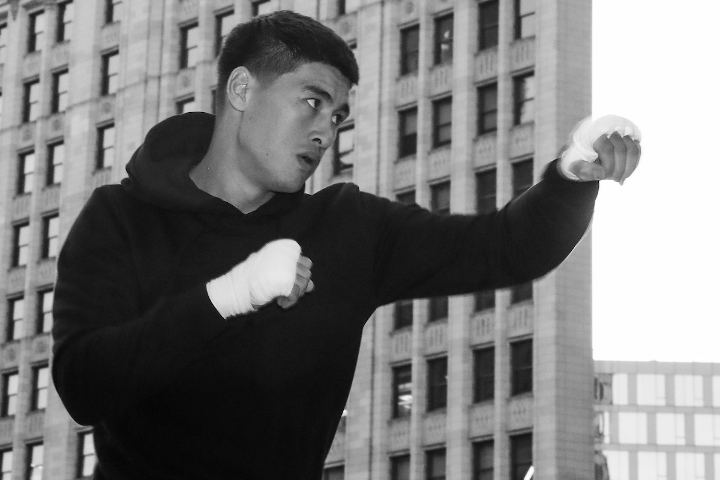 WBA light heavyweight champion Dmitry Bivol of Russia is training hard for a defense scheduled for December and is currently preparing with three training partners at a training camp in Krasnodar.

Bivol will defend his belt against his compatriot Umar Salamov on December 11 in Yekaterinburg.

Bivol has no defeats in the professional ring, having scored 18 wins (including 11 by KO). Salamov won 26 wins (19 by KO) with one loss.

“I know my opponent, I have seen some of his fights,” Bivol told Oleg Bogatov.

â€œHe’s a big guy, a serious and fairly technical boxer. He should have fought for the WBO Championship – now I’m going to meet him. I have been training for several weeks in Krasnodar and plan to fly to Yekaterinburg on December 4th or 5th. Previously two training partners worked with me, now three are training, then there will be two more. There is someone to train with and there are always spare sparring partners.

“All [the sparring partners] are our guys acting in a similar way to Salamov. What is the danger of Salamov? Firstly, it’s boxing, and secondly, we have an opponent who also wants to win and who has his own ambitions. It’s always best in a fight to study your opponent first. “

The fight will be the second of the year for Bivol, who won a twelve-round unanimous decision over British fighter Craig Richards in May.

Salamov was scheduled to compete in a WBO light heavyweight tournament, which saw Joe Smith become the eventual winner. For his part, Salamov was eliminated from the tournament after testing positive for COVID-19. Salamov has won seven fights in a row since suffering his only career loss, a decision loss to Damien Hooper in 2017.

“Kamaru Usman won this belt and he already threw it in the trash”: Ali Abdelaziz crushes Jorge Masvidal on Twitter