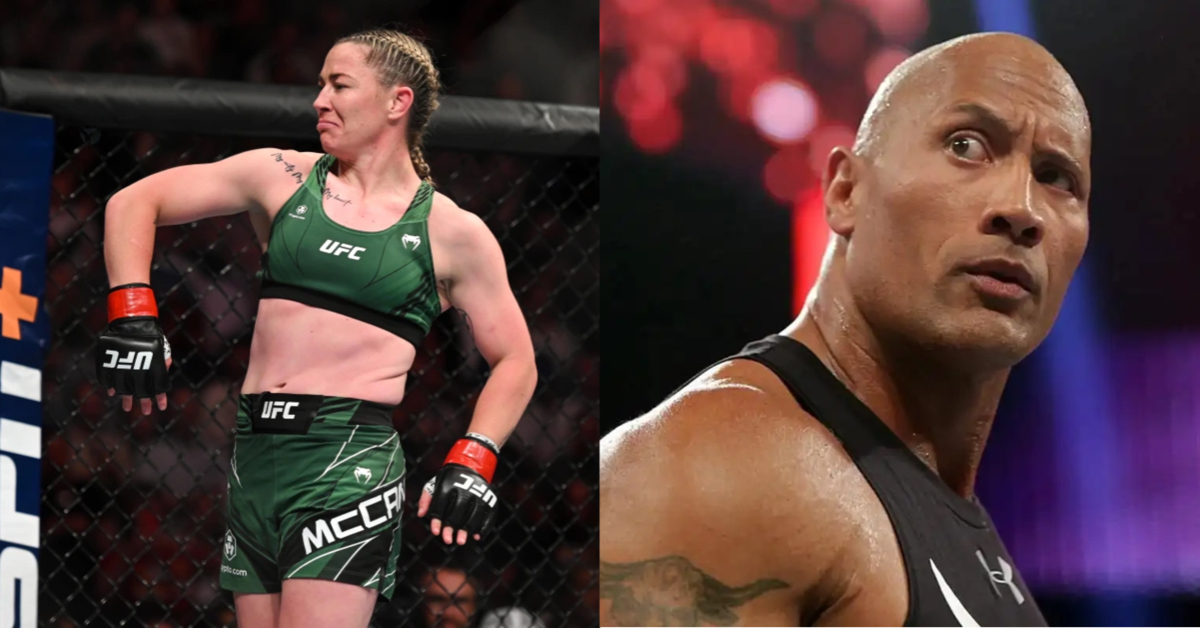 WWE icon and movie star Dwayne ‘The Rock’ Johnson thinks Molly McCann has a championship title in her future.

McCann has taken the UFC fandom by storm, delivering back-to-back elbow-turning finishes in his last two fights. Both of these matches were in England and the arena erupted each time as she finished off her opponent.

McCann is currently on an impressive three-fight winning streak and is looking to build on his recent success in his next match against Erin Blanchfield. The two will square off at UFC 281, which takes place at MSG in November. The card has an extremely compelling matchup as Alex Pereira will challenge Israel Adesanya for the middleweight title. The two have met twice in kickboxing, with both wins going to the Brazilian.

‘The Rock’ tweeted the potential future of ‘Meatball’ Molly McCann

‘The Rock’ originally posted about McCann on Instagram when she TKO’d Hannah Goldy in her last fight. She landed a spinning elbow that ‘The Rock’ called “The People’s Elbow”. The same name he gave to one of his signature in-ring moves. “The People’s Elbow” was known as the most electrifying move in sports entertainment, as it ripped off his elbow pad and sailed him through the front rows of the arena.

When McCann’s business partner “Barstool Sports” ran a article on the rocks’ instagram post, he decided to quote the tweet and leave even more praise for McCann.

“Chances are we’ll hear #and new connected to @MeatballMolly‘s name in the future. #peopleelbow #meatball.” ‘The rock’ tweeted out.

‘The Rock’ is an avid MMA fan, as he even tied the title around the waist of Jorge Masvidal, after beating Nate Diaz to win the ‘BMF’ belt. “The Rock” also tweets about big events and his reaction to fights in real time. He praised Leon Edwards after urging Kamaru Usman at UFC 278 to become the new welterweight champion.

Claressa Shields vs Savannah Marshall Live Stream: How to Watch

ARTICLE: What next for the Black Bombers?