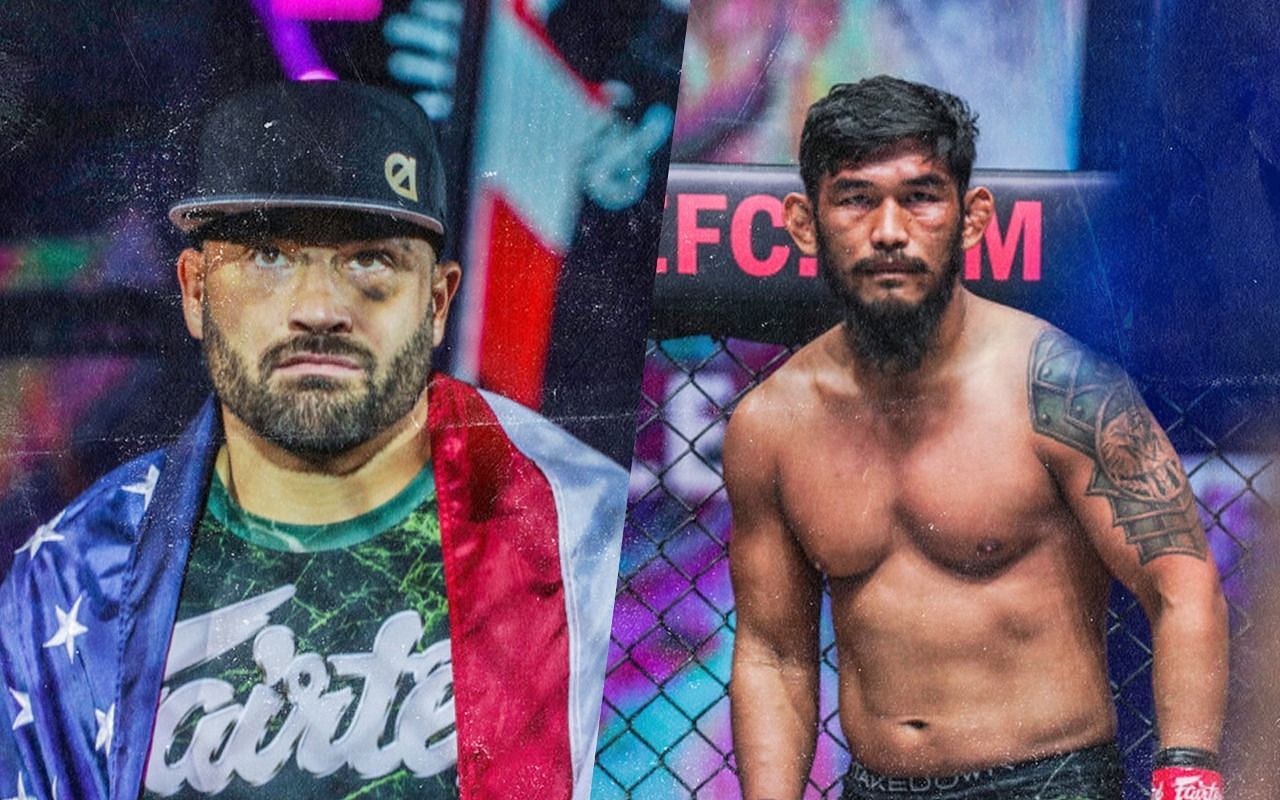 ‘The Underground King’ trained at Kill Cliff MMA (formerly Sanford MMA.) The Florida training center has become one of the premier destinations for the best fighters on the planet in recent years, and the arrival of the former UFC lightweight champion is clearly marked his fellow athletes.

Former ONE world middleweight and light heavyweight champion Aung La N Sang posted a photo on his Instagram Story alongside Eddie Alvarez and ONE bantamweight Tial Tang. The three men were drenched in sweat, clearly having worked.

“The Burmese Python” then acted as photographer for Bellator veteran Demarques Jackson, snapping a photo of the Bellator fighter standing next to Alvarez. Jackson captioned the snap:

“kickboxing exercises with mma #legend @ealvarezfight! Once a champion always a champion!! 👊🏾”

The likes of Aung La, Henri Hooft and Gilbert Burns rallied in the comments, with the Brazilian stressing he should have trained with Eddie Alvarez.

What’s next for Eddie Alvarez?

The Philadelphia native is a legend in the sport, and it looks like he’s gearing up to return to the circle soon. The American is currently not ranked in the top 5 at lightweight, but he could quickly move back up the rankings with a win against the right opponent.

The former UFC and Bellator champion was booked twice to fight Saygid Arslanaliev, but both fights fell through. If the pair were to finally meet in the circle, then an Eddie Alvarez win over the No. 2-ranked Turkish-Russian fighter would surely make him a new challenger for the world title.

In addition to a matchup against Arslanaliev, there has been talk of a trilogy fight with Shinya Aoki since he signed with ONE. Aoki is ranked No. 3 in the division and could present a big opportunity to bring the Philadelphia legend back into contention.

Another option would be a rematch with Eduard Folayang. The Filipino has publicly declared his wish for another crack against his former foe and would be happy to engage in a standing war.

Regardless of “The Underground King” opponent, this will undoubtedly be a TV must-watch. The 38-year-old has earned his reputation as a fan favorite and is still one of the most exciting martial artists in the game.

Josh Kelly vs. Lucas Bastida now has a title on the line

The death of women’s sport?