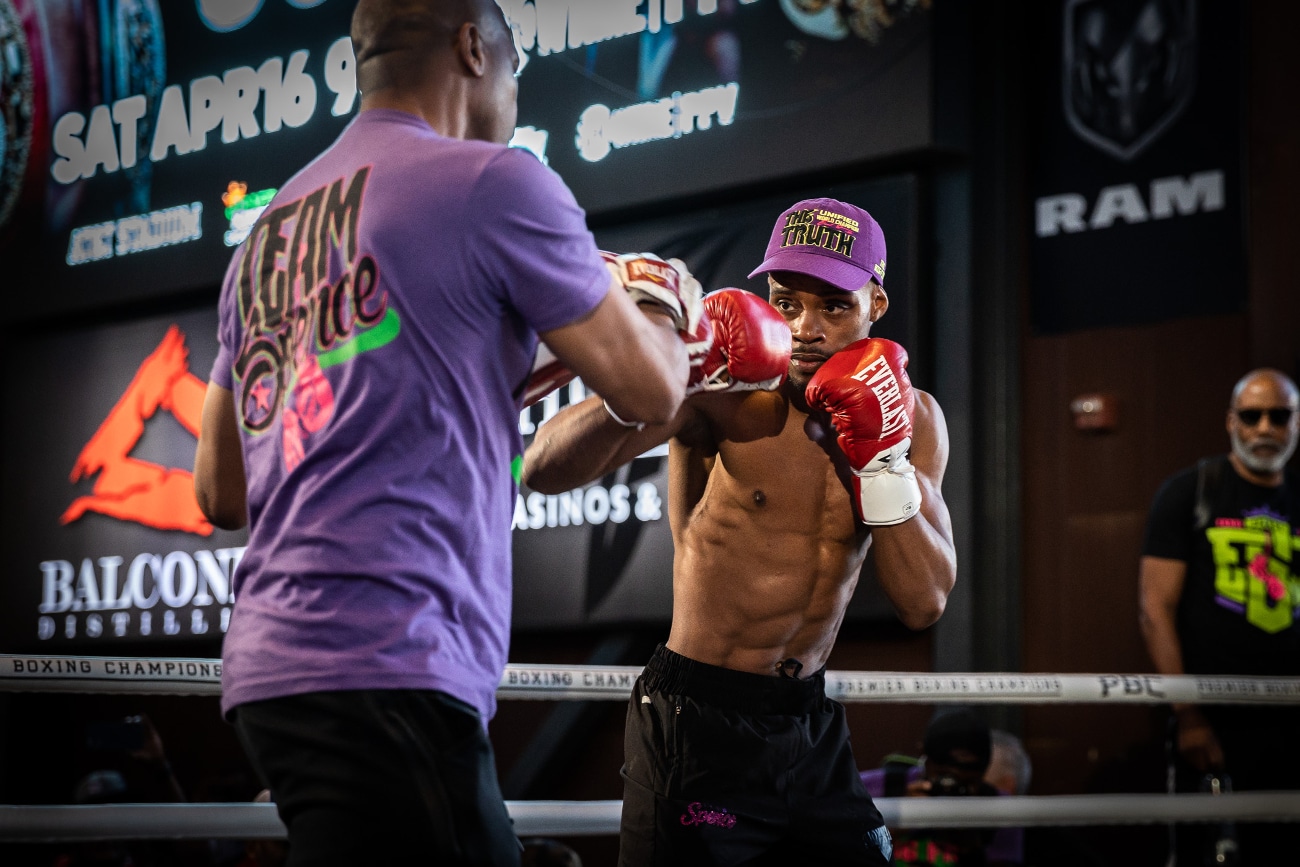 IBF/WBC welterweight champion Errol Spence Jr. had his game face on today for his final press conference with WBA champion Yordenis Ugas for their unification bout this Saturday night on Showtime PPV.

Spence (27-0, 21 KOs) says he has improved a lot since his last fight against Danny Garcia in December 2020, which was his first since his car accident in 2019.

Errol says he is now fully recovered from the crash and ready to beat Ugas on Saturday night April 16 at AT&T Stadium in Arlington, Texas. Spence, a Texas native, will be home for this fight and should have the crowd fully behind him.

Ugas (27-4, 12 KOs) is coming off his big win over Manny Pacquiao last August when he arrived on two weeks notice and defeated the superstar by a 12-round decision.

It will be much more difficult for Ugas, 35, to replicate the same type of success on Saturday against Spence as he did against Pacquiao, 42, because “The Truth” is at his peak, and he is the “Big Fish” in the division. welterweight right now.

Assuming Spence gets the win on Saturday over Ugas, he says he would like to face 147-pound WBO champion Terence Crawford for the undisputed welterweight championship before moving up to 154.

Spence says he has improved

“It’s going to be action-packed on Saturday. I can’t wait to put on a great show in front of my hometown,” Errol Spence Jr. said at Thursday’s press conference.

“I know Ugas is coming to fight, and I know his coach supposedly has a great game plan,” Spence continued. “Saturday night I’m going to put on a great show and another great performance.”

It is believed that Ugas will try to keep the action on the outside against Spence and try to nail him with a right hand like he did against Pacquiao.

“I can’t wait to become another champion and add the WBA to my titles, so I’ll have three belts,” Spence said. “Everyone make sure to tune in and order it on Showtime pay-per-view.

“I feel like I’m a better fighter than I was for the Danny Garcia fight because I was coming out of a car accident and landed on concrete.

“So of course over time I became a better fighter than in the Danny Garcia fight. My body was still messed up and I still won the fight.

“I just feel like I’m a better fighter overall, and I’ve been in the gym a lot longer and trained a lot harder and been more focused,” Spence said.