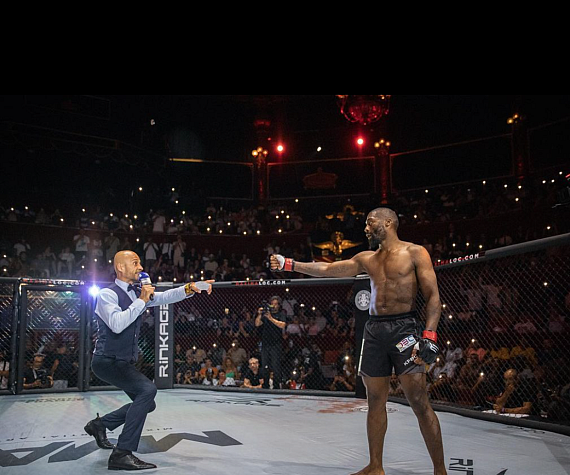 🚨 BREAKING: Per source, former two-time welterweight champion Glory is set to make his UFC debut as he takes on Darian Weeks in a 170-pound contest at
#UFCParis September 3. 🚨 pic.twitter.com/cKpvK4jD86

One of the greatest kickboxers of all time will soon be making his Ultimate Fighting Championship debut. Two-time Glory welterweight titleholder Cedric Doumbe will face Darian Weeks at UFC Fight Night 209, aka “UFC Paris,” which takes place in Paris, France, on September 3, according to a source familiar with the matter. . The source asked to remain anonymous as the promotion has yet to officially announce the match.

Doumbe heads to the Octagon for the first time with a record of two wins and no losses. The French fighter fought under the Glory banner for a long time, where he won the 170-pound championship twice. After amassing a record of 75-7-1, he switched to mixed martial arts following his last victory over Murthel Groenhart at Glory 77 in January 2021. “The Best” earned his first victory with the four ounce gloves after having crushed Arbi Emiev with punches in the opening frame of their SuperKombat Universe encounter. In his final appearance, he stopped Phruethukorn Chaichongcharden via second-round doctor stoppage at Mixed Martial Arts Grand Prix: Fight of Fame in July.

Legacy Fighting Alliance alum Weeks (5-2, 0-2) is looking for his first promotional triumph. Weeks dropped back-to-back decisions to Bryan Barbarena and Ian Garry at UFC on ESPN 31 and UFC 273, respectively. Previously, Weeks had a five-game winning streak that featured every stoppage inside distance.