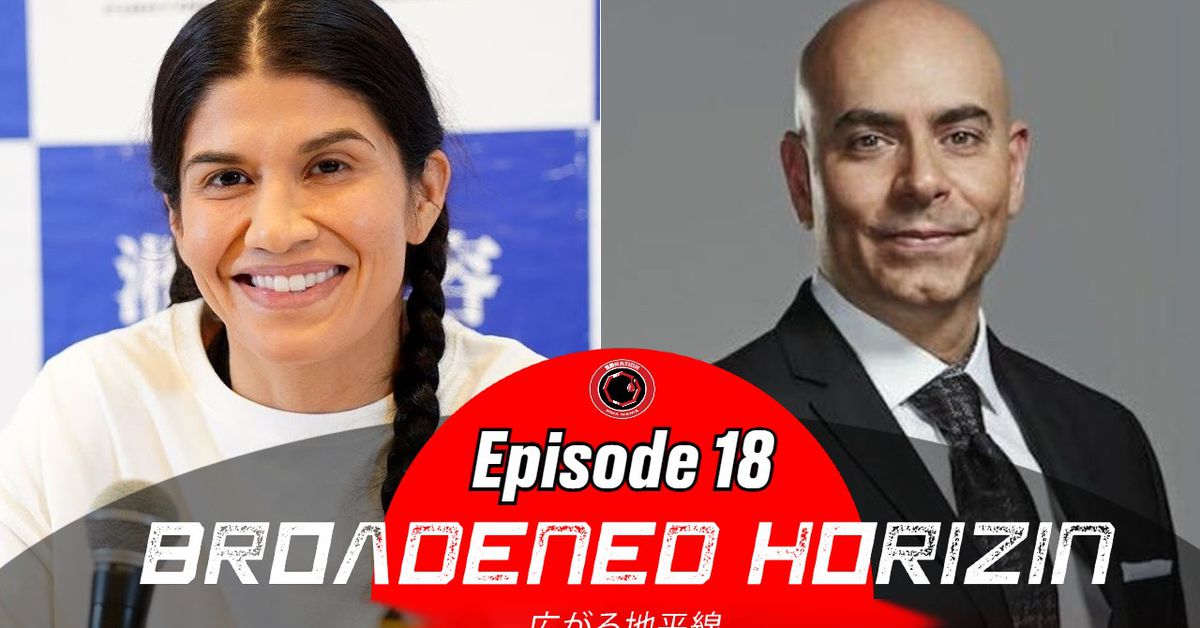 RIZIN 38 and Super RIZIN are just around the corner.

His fight against Ayaka Hamasaki also acted as Aguilar’s divisional debut as an atomweight contender. Suffering a unanimous decision loss after a two-year layoff, Aguilar is ready to return to her active ways, which has been hard to achieve since before her Ultimate Fighting Championship (UFC) days.

RIZIN’s English voice, “Showdown” Joe Ferraro, followed Aguilar on the show. Speaking about his early days in mixed martial arts (MMA), Ferraro told some stories of Georges St-Pierre and described the greatest moments he called as a commentator. Thanks to the pandemic, the Canada native has been forced to adapt to commentary from home rather than in person at events.

With the RIZIN doubleheader looming on the horizon, Floyd Mayweather will return to the ring for a boxing exhibition against Mikuru Asakura. Additionally, RIZIN 38 will see the return of bantamweight champion, Kyoji Horiguchi, as well as recent Grand Prix winner, Hiromasa Ougikubo. The Super Atomweight semi-finals are also set to take place between the final four contenders, Rena Kubota, Si Woo Park, Ayaka Hamasaki and current champion Seika Izawa.

Watch the full episode in the embedded video above or you can listen on Spotify.

Morning Report: Robert Whittaker considers moving up to 205lbs: ‘I think it will be a more natural weight for me’