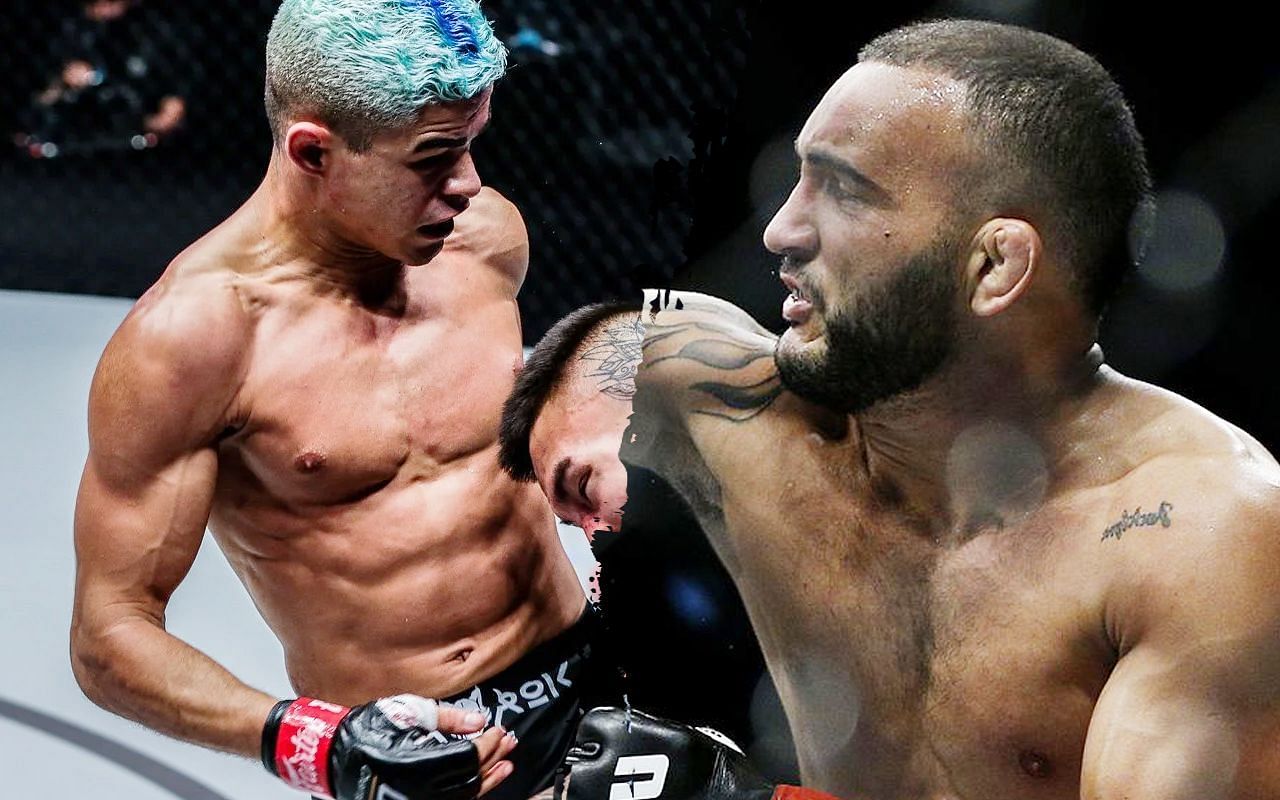 Fabricio Andrade approaches his world title opportunity with confidence, knowing he has an array of weapons to keep John Lineker away.

“Wonder Boy” finally gets his shot at winning gold at ONE on Prime Video 3 on Friday, October 21, after picking up five straight wins over the past two years. That said, Andrade is eager to show his North American fans, who will be watching him for the first time, why he stands out from the rest of the division.

Speaking to ONE Championship, the Tiger Muay Thai rep explained the main differences in his striking compared to John Lineker:

John Lineker is a true mixed martial arts veteran. He supplanted the top-ranked contenders in the division with his combative fighting style, punching power, and insane durability. But as former rival Bibiano “The Flash” Fernandes once said, he’s a “one-trick pony.”

Fabricio Andrade, on the other hand, has more diversified skills. He uses a combination of Muay Thai, kickboxing, Brazilian jiu-jitsu and boxing to his advantage.

Nothing shows how far he has progressed more than defeating his last three opponents using only knees, kicks and punches. His performances are a tour de force, and if John Lineker isn’t fully prepared, he has something else to come.

Comparing past fight videos to today’s, Fabricio Andrade is shocked at his evolution under Tiger Muay Thai

Fabricio Andrade knows he wouldn’t be the fighter he is today if he hadn’t joined Tiger Muay Thai Gym in his youth.

The Brazilian phenom left home to pursue his dream of becoming one of the best martial artists on the planet. This life-changing decision turned out to be the best choice he ever made. Training under TMT head coach John ‘Johnboy’ Hutcherson, Andrade became a dangerous fighting machine.

Following his third straight TKO victory at ONE 158: Tawanchai vs. Larsen, Fabricio Andrade explained how his training at TMT helped him evolve as a mixed martial artist:

“If you see the videos from when I first came to Tiger until now, you’re going to see how much I’ve improved, like everything. My striking, my wrestling, my grappling, my body. I I was just a kid when I went to Tiger, now I’m a man and my improvement over the last two years has been amazing.”