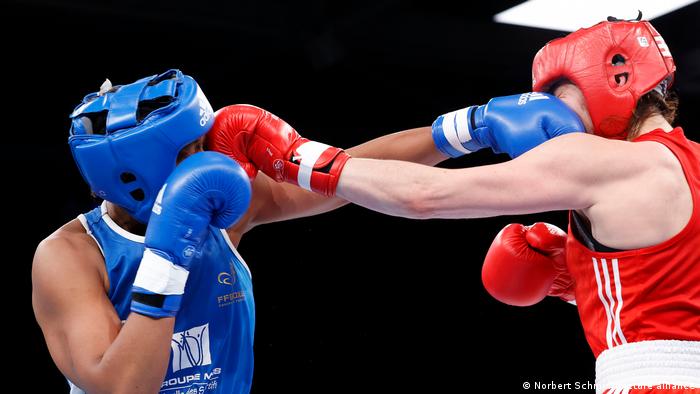 Boxing is a sport generally associated with young people. Boxers start out as teenagers as amateurs and work their way up the rankings to earn a professional shot. So for someone who starts late in this development cycle, they start at a disadvantage.

Meet Anthony Rasak. Tony loves the sport of boxing. But he didn’t get involved in it at the typical age. According to Tony, his late teens and early twenties focused more on party people than the sports scene. Taking the time to develop his athletic skills and physical fitness was not at the top of his list of priorities.

Before starting his boxing training, Tony was not in very bad shape. But at 5’11” and 187 pounds, he recognized the need to tone up and be a little healthier. When he fights in his first tournament, in just over a week, Tony will be competing in the light heavyweight at 171 lbs. And he’ll be embarking on this new adventure at 46! Man, what are you thinking? Most boxers are done in their mid-30s.

In addition to his partying ways, Anthony spent his post-college years developing his business skills. Working in the logistics industry, he excelled to the point of opening his own brokerage service under the name “Rasak Enterprises”. He acts as an intermediary between shippers and truckers, where he plans loads and routes to move the goods.

As an independent contractor, his professional life offered more flexibility and personal freedom. It allowed Tony to pursue his love of boxing at an atypical time in his life.

Although it might seem unusual for someone to start competing in such a physically demanding and potentially dangerous sport at an age far beyond the point where others retire from such competitions. Tony informed us that a large number of people participate in the USA Masters Boxing.

Masters boxing is a USA Boxing sanctioned amateur boxing division. To register, you must be 35 years of age or older, have never participated in any combat sport as a professional, and be registered with an up-to-date USA Boxing Masters booklet and annual medical exam. People 45 or older must also have an exercise electrocardiogram, also known as a stress test (the electrocardiogram is valid for 5 years).

In addition to passing the physical requirements to Box, you must train at an approved gym. Tony trains and learns his trade at the Flint Town Boxing Club. You also need a valid amateur boxing license to enter a tournament.

Tony’s fighting debut will come at the 1ST ANNUAL NEW JERSEY MASTERS BOXING CHAMPIONSHIPS, to be held in Atlantic City, October 22-23. In his bracket, there are three registered qualified fighters. One individual has only one fight under his belt and with that experience qualified for the title fight on Sunday. Tony and his opponent on Saturday are both combat rookies. The winner of his fight will qualify for Sunday’s final.

The event will be streamed live on Facebook both days starting at noon. Log in at https://www.facebook.com/usamastersboxing.

We were curious if Tony had ever shot a fighter and if he knew what to expect when he entered the ring. It is a definitive affirmative. He usually trains 12 rounds a week, always against younger fighters. Tony suffered a cracked rib during training and took numerous blows to the body as well as blows to the head.

He considers fighting with 15-year-olds his secret weapon. After dodging their punches and taking their best shots, he thinks it will be to his advantage against an older, slower opponent. Oh my, there seems to be some validity to that logic.

We wish Tony the best of luck and look forward to hearing how he fares in the launch of his amateur boxing career. It would be great to have a masters boxing champion residing in our community. Lasco Press will update this story after the tournament weekend.