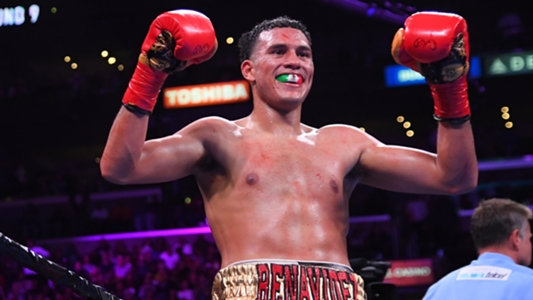 The former WBC super middleweight champion could be a future rival.

Last year, the undisputed Mexican super middleweight champion defeated Caleb Plant to claim the fourth and final belt at 168 pounds. His trainer Eddy Reynoso then announced that he would face Ilunga Makabu at cruiserweight in May for the WBC Championship.

Obviously, that plan didn’t pan out, and Canelo will instead fight Dmitry Bivol for the WBA (super) light heavyweight championship on Saturday, streamed live on DAZN PPV in the US and Canada. (Check availability in your area)

Assuming Canelo wins, he would then have to fight Gennadiy Golovkin for a trilogy rematch at 168 pounds. Mayweather feels he shouldn’t consider another opponent, with David Benavidez the next ideal opponent.

Benavidez was the WBC super middleweight champion before quitting for missing the weight before a fight.

“If it was up to me, we want to see Benavidez. Canelo is a hell of a fighter, but in my opinion he dodges David Benavidez. This is only my personal opinion and I have the right to say what I think.

“We want to see Benavidez. Make sure that this happens.”

How to Watch Katie Taylor vs. Firuza Sharipova on Firestick 2022 Tip