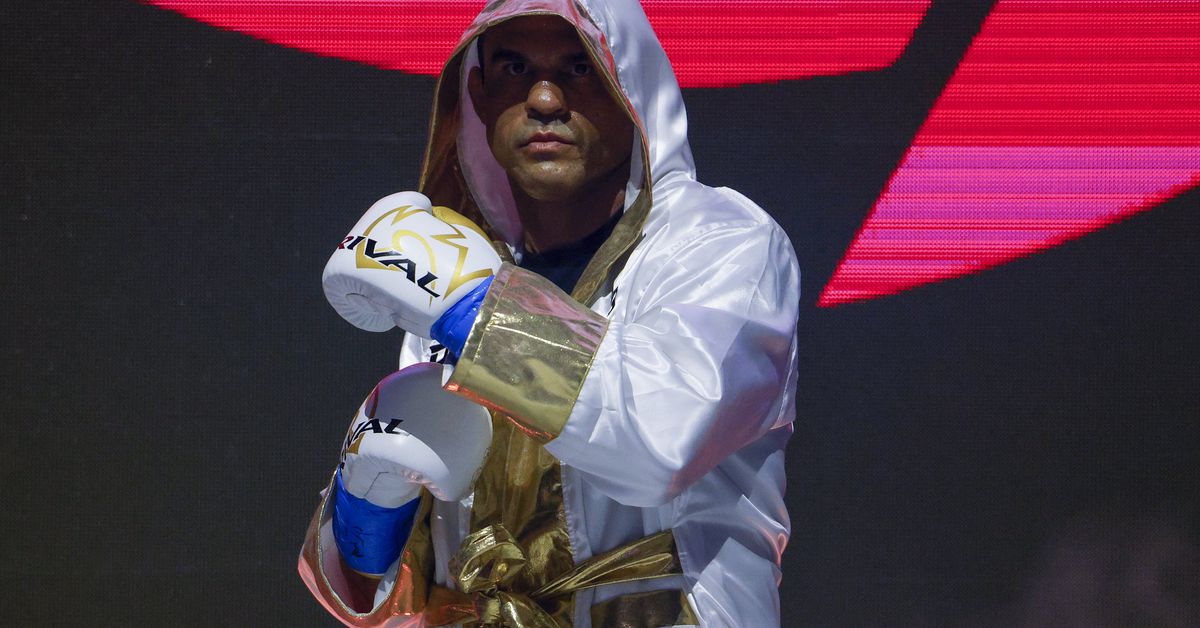 It looks like the next step in Vitor Belfort’s foray into boxing has been found. The former UFC 12 Tournament champion, UFC light heavyweight champion and multiple-time title contender left the Octagon in 2018 after making known his intention to retire from MMA.

A contractual agreement with ONE Championship followed soon after, but failed to produce a return to competition before Belfort parted ways with the promotion. Instead, the years that followed saw the “Phenom” turn to a fledgling career in boxing.

The Brazilian first tried his hand at the ring in 2006, earning a quick knockout victory in the process. In 2021, he made his comeback, with an exhibition bout against boxing legend and former undisputed two-division champion Evander Holyfield. A shell of his former talent, Belfort, then 44, dispatched Holyfield just 1:49 seconds into the first round of their contest.

At the recent Misfits & DAZN X Series boxing event featuring famed pugilist KSI – fighting two opponents on the same night – heavyweight boxer Hasim Rahman Jr. announced on the show that he would meet Belfort in the ring for a professional fight on October 15.

The son of former heavyweight boxing champion Hasim Rahman, Rahman Jr. recently made headlines when a scheduled PPV fight against Jake Paul fell apart in August this year. Concerns over Rahman’s inability to hit contract weight led to the match being canceled just a week after fight night. Rahman then held an unofficial weigh-in for the event to try to prove he could have made it to the contractual limit, but he came over 1.6 pounds.

Speaking to The Mirror recently, Rahman Jr. said that while a fight with Belfort might not have the same cache as Paul’s fight, he thinks Belfort is a much tougher opponent.

“I’m still chasing him, but I’m not going to wait for him, I want to start the car, put my foot down and keep my finger on the pulse of all this YouTube boxing extravaganza that’s going on. I’m in it now, and it’s going to be very difficult to get out of it.

The 31-year-old last stepped into the ring in April this year, taking on Kenzie Morrison, himself the son of former WBO heavyweight champion Tommy Morrison. Morrison handed Rahman Jr. the first defeat of his professional boxing career, by knockout in the fifth round.

Misfits & DAZN X Series 002 is set to take place at the Utilita Arena in Sheffield, England on October 15. Along with the heavyweight fight, a celebrity boxing match between YouTube pranksters Jay Swingler and Chad Lebaron (aka Cherdleys) has also been announced for the card.