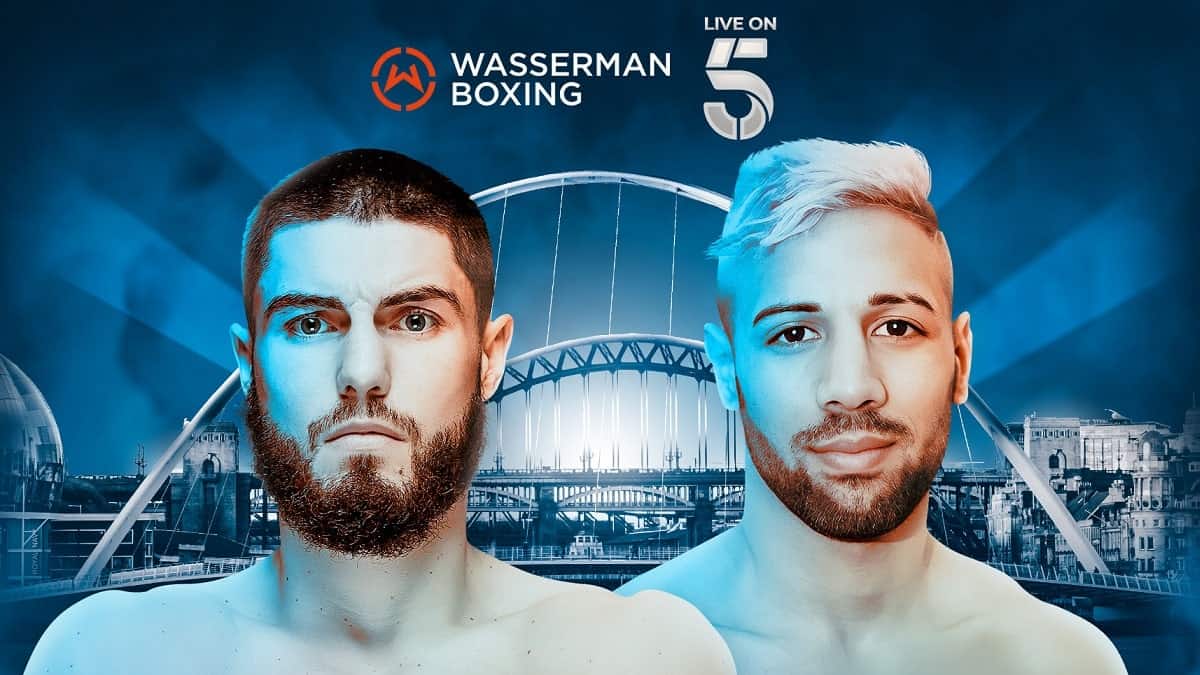 Josh Kelly (11-1-1, 7 KOs) leads a star-studded team as he continues his quest for the world title with a tantalizing clash against Argentina’s top contender Lucas Bastida (18-1-1, 10 KOs) for the WBO International Super Welterweight Championship as part of a huge night of action on Saturday July 30 at the Vertu Motors Arena, live on Channel 5.

Kelly returns to the ring after an impressive stoppage victory over Peter Kramer on June 17 in Liverpool, which was watched by over a million viewers on Channel 5. The Sunderland boxer, who represented Team GB at the Rio 2016 Olympics and once held Commonwealth and WBA International Welterweight Titles, can expect one of his toughest career tests when he takes on ‘El Tornado’, the current South American heavyweight champion means, who will spoil the party and propel themselves into the race for the world title.

Also on the card is Harlem Eubank (14-0, 6 KOs) who will be looking to establish himself as the latest star name in his famous boxing family. The nephew of British boxing legend Chris Eubank Snr and cousin of Chris Eubank Jr was originally lined up to face Tom Farrell but will now meet Mexican Eliot Chavez (11-4-1, 6 KOs) in a highly anticipated showdown with Super Lightweight after Farrell retired due to positive COVID-19 test.

Joining Kelly and Eubank in action, Tokyo 2020 Olympic silver medalist Pat McCormack (1-0, 1 KO) sets off in search of his second professional victory against Dimitri Trenel (8-1, 4 KO). One of the most exciting boxing prospects in the Northeast, McCormack has an incredible pedigree from his time in the amateurs. Along with his Olympic silver medal, he won European and Commonwealth gold and silver medals. Now looking to prove himself in the paid ranks, the 27-year-old is eager to show off his skills and add another win to his record.

Another title fight is on the stacked North East takeover card as one of Birmingham’s best, Raza Hamza (16-0, 7 KOs), competes for the IBO International Featherweight Championship against Roberto Rodriguez Nucamendi (13-5, 10 KOs) over 10 rounds of elite boxing action.

Fans can also expect an undefeated heavyweight battle as undefeated prospects Hosea Stewart (2-0) and Franklin Ignatius (3-0, 1 KO) face off, along with an array of ready local fighters. to prove that the North East is a breeding ground for boxing talent.

The stage is set for Newcastle’s Jordan Barker-Porter (4-1) to claim three straight wins as the 28-year-old lightweight returns to action for an all-British battle in his hometown. Her opponent, Bec Connolly (3-14) will be looking to call on her vast experience, having faced current world champion Natasha Jonas, as well as former world champion Terri Harper.

Darlington’s Ben Marksby (4-0) can continue his unbeaten streak at the Super Lightweight when he fights for the first time in the North East. A popular fighter with a loyal following, Marksby takes on the resistant Rustem Fatkhullin (8-37, 3 KOs).

2018 Commonwealth Games gold medalist Lisa Whiteside (3-0, 1 KO) will look to emulate her previous performance by producing another stoppage win in her flyweight bout, when she takes on a fighter well-schooled Serbian Jasmina Nad (11-24-5, 4 KOs).

Straight out of Rocky IV, ‘Drago’ heavyweight Steve Robinson (4-1) will be looking for another blockbuster finish when the 6’7” Newcastle giant looks to deliver a finish worthy of his moniker . Future prospect Kai Richmond (1-0) will also be aiming to get the crowd going after a full professional debut for the 22-year-old from Spennymoor earlier this year.

Tickets for Wasserman Boxing’s North East Takeover are on sale now, priced at £40, £80, £100 and £200, and available through www.wassermanboxing.com.