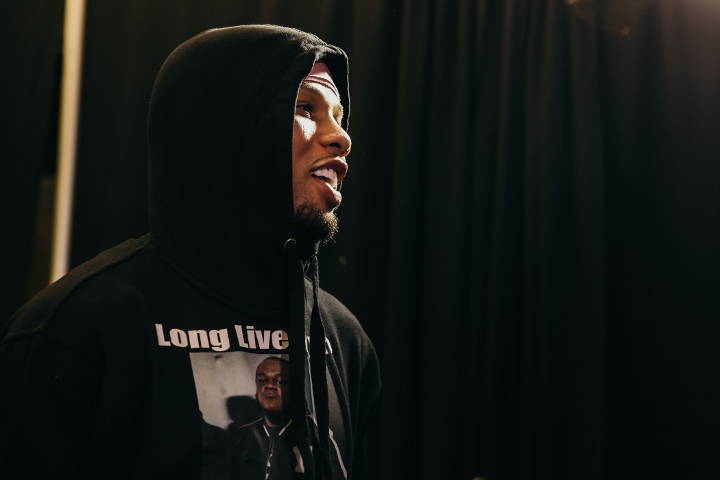 Gervonta Davis will lead the charge in December tasked with the sport’s best lightweight.

The former undefeated junior lightweight champion and current WBA “World” lightweight and junior welterweight titlist has confirmed his return to the ring, which will come against rival Rolando ‘Rolly’ Romero. The grudge match between the undefeated lightweight will take place on December 5 – a Sunday night – on Showtime Pay-Per-View at Staples Center in Los Angeles.

“I’m BACK..3rd PPV,” Davis confirmed Wednesday afternoon. “I never saw a world title come up… so many people died along the way, I gave them heart and dedication, I put this shit on my back and I continued… Blessings!

“[December] 5th at Staples Center in Los Angeles on Showtime PPV against Rolando Romero. Be ready!”

Representatives for Showtime and Premier Boxing Champions (PBC) were unable to confirm or deny the event as it was not officially announced by either entity. Mayweather Promotions confirmed the event in a subsequent tweet.

Davis of Baltimore (25-0, 24KO) must check several boxes with the fight. The pairing allows the undefeated southpaw knockout artist to wipe out a mandatory title defense, as Romero of Las Vegas (14-0, 12KOs) was inserted as the number one contender after losing his title status interim due to the elimination of belts by the WBA. existence last August. It also settles a long-standing rivalry between the two, both promoted by Mayweather Promotions and fighting under the PBC banner.

Davis will headline his third consecutive Showtime PPV event, having made his platform debut in a sensational sixth round knockout of former four-division titlist Leo Santa Cruz last Halloween at Alamodome in San Antonio. Davis made his junior welterweight debut in his last start, an 11th round knockout of Mario Barrios atop a Showtime PPV event that aired last June from a sold-out State Farm Arena in Atlanta.

The bout with Romero will mark Davis’ return to lightweight, where he won a vacant WBA secondary title in a 12th round knockout against Yuriorkis Gamboa. The December 2019 fight was also held at State Farm Arena, its first appearance in his hometown of Atlanta and its last as a Showtime headliner before moving exclusively to PPV.

Davis’ victory over Barrios came with the WBA “World” junior welterweight title on the line, while also holding the WBA “World” light and WBA “Super” light junior titles. In its efforts to reduce its number of belt holders, the WBA has begun ordering a series of title consolidation fights in addition to eliminating the provisional titles.

While the fight with Romero was not specifically ordered, Davis was tasked with advising the sanctioning body which of the three titles he planned to defend next. He has relinquished the junior lightweight belt, asking permission to keep the other two at least until his next fight, in which case he will have to relinquish at least one belt.

Romero has repeatedly called for a showdown with Davis, ruthlessly slandering the rising star on social media. His outspokenness makes him a polarizing figure, although it does him a disservice following a highly questionable twelve-round unanimous victory over Jackson Mariñez on August 15 at Mohegan Sun Arena in Uncasville, Connecticut. Romero won the “provisional” WBA lightweight title with the victory in a fight that many observers felt should have been scored in favor of Mariñez.

Romero has since won back-to-back seventh round knockout victories in 2021, though the two are in untitled affairs. Avery Sparrow agreed to a fight on less than 24 hours’ notice after initially intended opponent Justin Pauldo seriously underweight and ultimately had to withdraw from their Jan.23 fight on medical grounds. Sparrow officially weighed 136 pounds as a reserve opponent, so unable to fight for the interim title, although he didn’t put in much effort until the Showtime televised fight was stopped at 12:43 a.m. in the seventh round .

Former junior welterweight title challenger Anthony Yigit was more than five pounds over the lightweight limit in his knockout loss to Romero on July 17 at the AT&T Center in San Antonio. Romero agreed to lead the fight, scoring three knockdowns en route to the end of the knockouts before soaking up a chorus of boos from the crowd, in support of the undisputed junior middleweight championship between Jermell Charlo and Brian Castano. .

The upcoming event marks the third time this year Showtime will produce and distribute a PPV TV show on a Sunday night. The premium cable giant took that route in a June 5 PPV topped by the exhibition match between all-time box office king Floyd Mayweather and social media influencer Logan Paul. The event reportedly generated 1,000,000 PPV purchases, although Showtime voluntarily reimburses some customers who have encountered technical issues with the show,

Davis-Romero faces a different challenge on a Sunday in December. The event will be one-on-one with Sunday Night Football on NBC. The current schedule shows the Seattle Seahawks facing the San Francisco 49ers, although the NFL traditionally falters in the most relevant game of the week during this period of the regular season.

Earlier in the week, Davis head coach Calvin Ford informed reporters that his top fighter was due to return on December 4, a traditional Saturday night for big boxing events. Davis’s confirmation on various social media platforms confirms a change from this practice, although the weekend still sets off a big month for light boxing. WBA “Super” / IBF / WBO lightweight champion Teofimo Lopez (16-0, 12KOs) will likely defend his belts against mandatory IBF challenger George Kambosos (19-0, 10KOs) during the month. The oft-postponed bout is now in the hands of the Matchroom Boxing promotion, as is the upcoming WBC lightweight title defense Devin Haney (26-0, 15KOs) against an opponent to be determined. Former unified lightweight and tri-divisional titlist Vasiliy Lomachenko (15-2, 11KOs) is due to headline the Dec. 11 edition of Top Rank Boxing on ESPN.

Talks are still ongoing for undefeated lightweight Ryan Garcia (21-0, 18KOs), who is expected to fight in the final month of the year, whether against Joseph ‘JoJo’ Diaz or some other option.

Jake Donovan is a senior writer for BoxingScene.com. Twitter: @JakeNDaBox