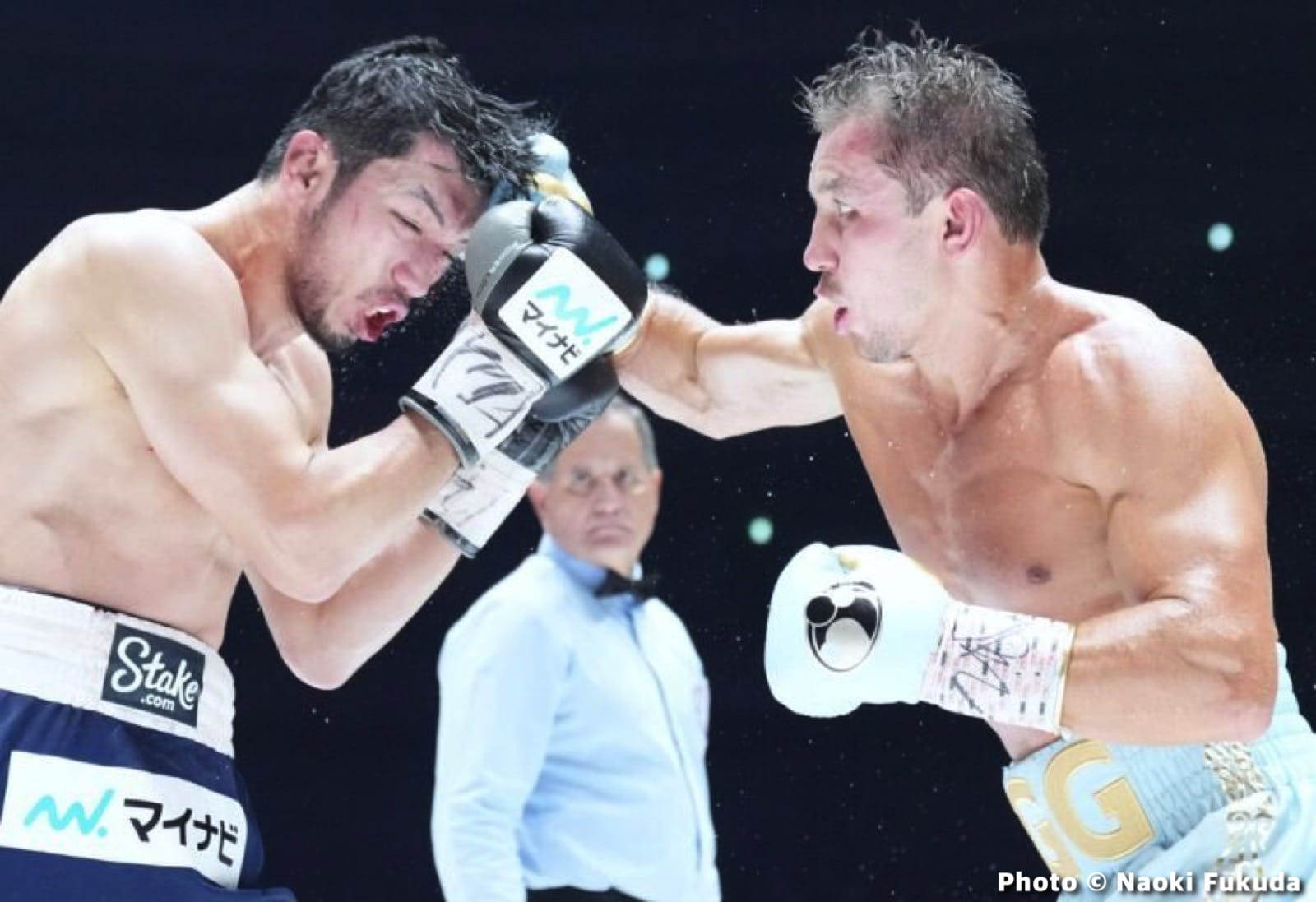 Hearn believes the 40-year-old Golovkin should have moved up to 168 a long time ago, as he took his 16-year professional career in the middleweight division to 160.

Let’s say Canelo defeats WBA light heavyweight champion Dmitry Bivol on May 7th. If so, he’ll then go down to 168 to defend his undisputed super middleweight championship against Golovkin (42-1-1, 37 KOs) in September in their trilogy match.

Already, many boxing fans say Golovkin will be at a disadvantage moving to 168 because he has never fought in that weight class, and Canelo has done so regularly since his fight against Rocky Fielding in December 2018.

“How long has Gennadiy Golovkin been boxing at 160 pounds? So I think when you kinda, sometimes see the body, it’s like, hmm, it’s going to be brutal at 160 pounds.

If Golovkin starts softly against Canelo in their trilogy match like he did last weekend against Japanese star Ryota Murata, he will fall behind. He will have no chance of winning, other than knocking out the Mexican star.

If Hearn is correct that Golovkin is stronger at super middleweight, he could shock the world by beating Canelo.

The reason boxing fans are rejecting Golovkin is that he hasn’t looked too impressive in his last four fights against these fighters:

In the past four years since the Vanes Martirosyan fight in 2018, Golovkin has looked exhausted and very tired at weigh-ins.

This writer noticed that Golovkin looked exhausted from gaining weight in each of those fights, even in his second fight with Canelo.

You couldn’t blame Golovkin for choosing not to go up to 168 in 2018 because the weight class was devoid of famous fighters after Andre Ward retired.

“And obviously, if Canelo Alvarez beats Dmitry Bivol, a fight between the two will be at 168, and which will benefit Gennadiy Golovkinno doubt about it,” Hearn said.

As for the weight, Golovkin will not dismiss this idea. He just wants the third fight with Canelo to prove once and for all that he is the better fighter of the two.

It would be interesting if Golovkin was revitalized at 168 and became the destruction machine he was between 2011 and 2017.

Golovkin should be more energetic at 168, and if he’s able to get off to a quick start against Canelo, he could eliminate the judges from the equation.

If Golovkin had gained weight, he wouldn’t have had anyone to fight. Of course, the Kazakhstan fighter might as well have gone 168 in 2018, as he opted out of fighting talented 160 fighters Jermall Charlo and Demetrius Andrade.

Instead of fighting those guys, Golovkin took busy 160 fights after signing a six-fight contract with DAZN.

It is believed that Golovkin opted to fight risk-free while waiting for Canelo to fight him again for the trilogy match. Little did Golovkin and DAZN know that it would take Canelo four years before he finally gave in to face him again.

Last Saturday night, in his middleweight unification bout against 160-pound WBA champion Ryota Murata, Golovkin looked exhausted from gaining weight the night before. He was tired even in the first laps.