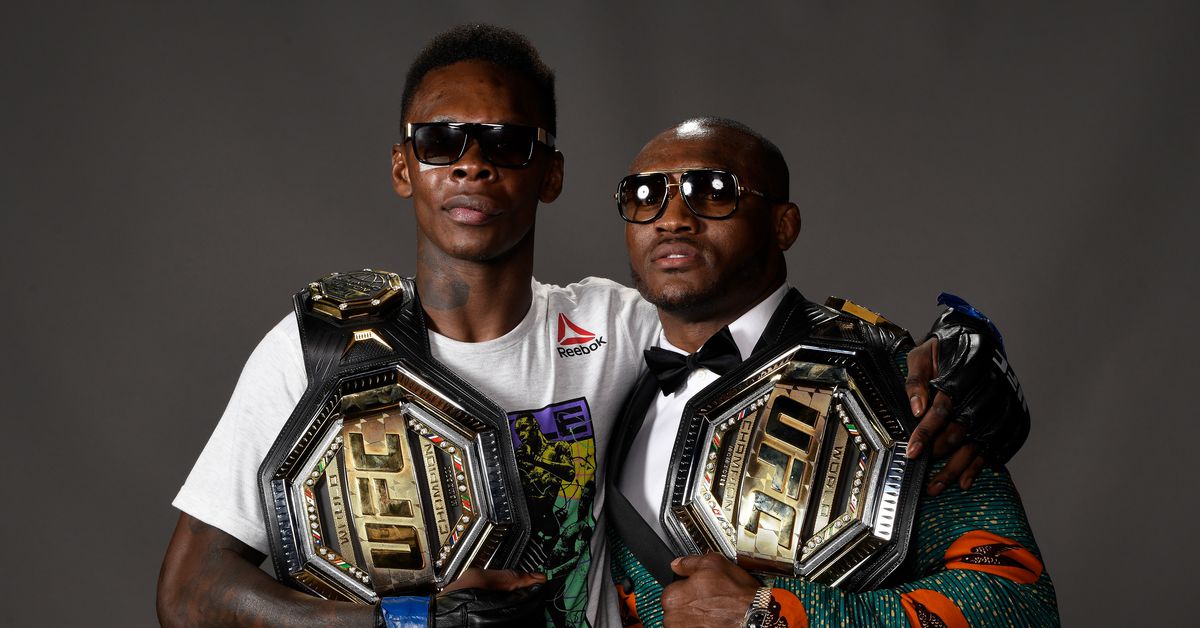 Reigning UFC welterweight champion Kamaru Usman has no desire to follow in Georges St-Pierre’s footsteps and move up to middleweight for a potential ‘champion’ fight against the current holder. of the 185-pound title Israel Adesanya.

But the “Nigerian Nightmare” does not rule out a trip to the light heavyweights.

“As long as Israel is the champion there, that’s not really something I’m interested in,” Usman told reporters after UFC 268. “Unless Dana (White) wants to give us a hundred million dollars. Then me and Israel need to have a serious conversation. Like, ‘hey, do we want to do 50 each or what?’ But right now I’m not really interested in. I meant what I said: two Nigerians with belts are more important to me than one Nigerian with two belts.

Especially when Usman’s manager Ali Abdelaziz thinks he can be booked for less.

“Look, these guys, they’re cool but I don’t think they’re best friends,” Abdelaziz told TMZ Sports. “If there’s enough money for the two of them to fight, they’ll fight in the parking lot. I know how people work. It has nothing to do with loyalty, because these guys, it’s not like they’re sparring partners or brothers. They are African brothers and that has a lot of value… but at the end of the day, I’m following Kamaru Usman’s team all the way. I want to see Kamaru Usman, before the end of the road, have two titles. I’m selfish, I’m greedy, and I think Kamaru deserves it.

The easiest way to get two fighters to fight for less is to involve their egos or break the bond between them. Perhaps that’s why Abdelaziz is using interviews to make Adesanya seem like an inferior fighter, at least in terms of league achievements.

“Israel has not achieved what Kamaru has achieved,” Abdelaziz continued. “There’s no way. Take nothing away from Israel. I think there’s enough money for these two guys (they) to fight. I want to see this fight now. I think the fans want, I want. I think these two men should call each other. Mike Tyson told me this: ‘If they’re real brothers, they should be fighting for money.’ »

Usman (20-1) is expected to make his next welterweight title defense against surging division contender Leon Edwards at some point in the coming months. As for Adesanya (21-1), he will face Robert Whitaker at UFC 271 on March 12 in Houston.

After that? Everything is possible.

5 of February’s best fights from UFC, Bellator, ONE Championship