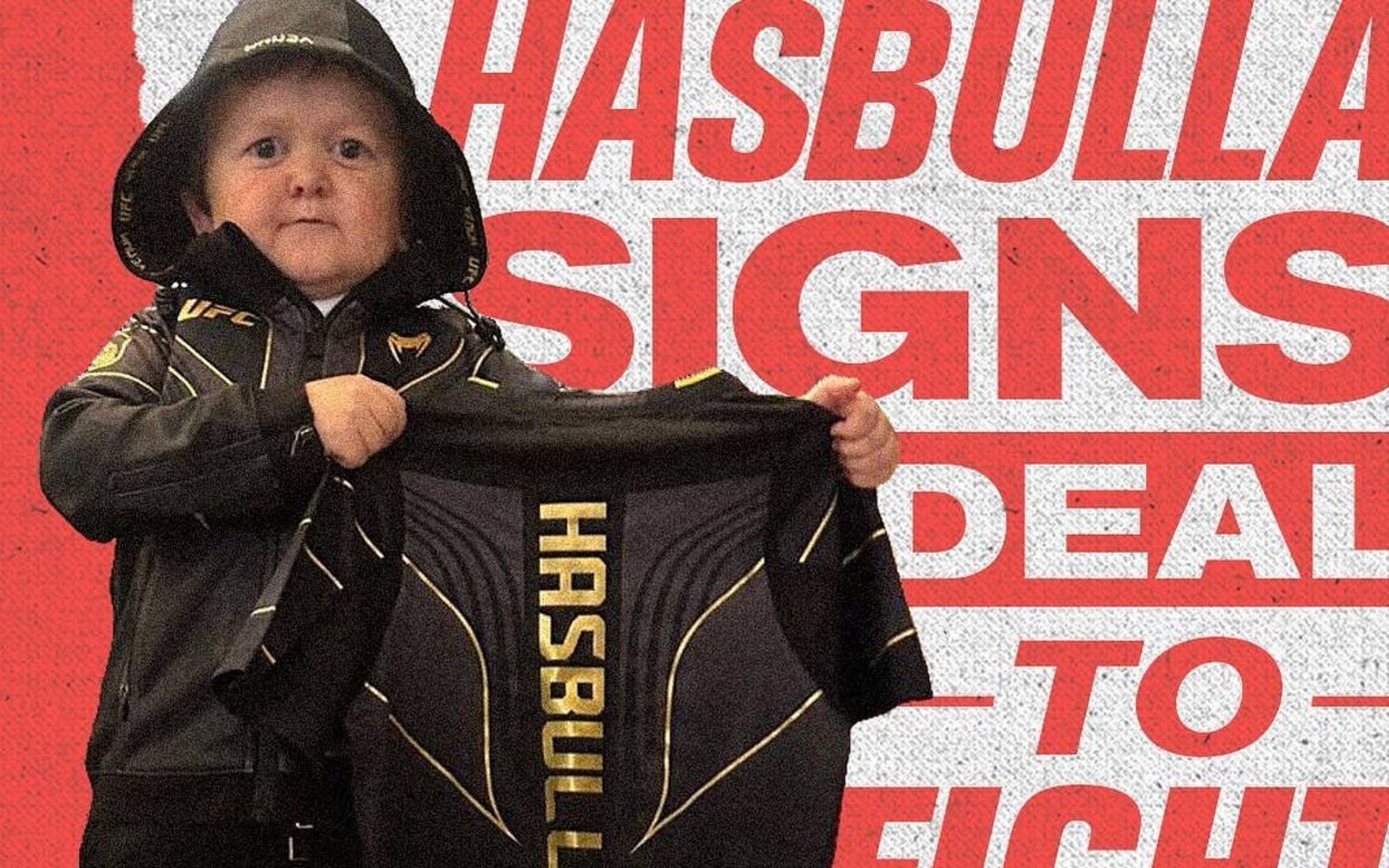 Yes, internet sensation Hasbulla Magomedov has indeed signed with the UFC. Earlier this month, the social media star confirmed the news via an Instagram post.

Additionally, a report from Yahoo! life states that the Russian has signed a five-year contract with the first MMA promotion.

In the Instagram post, Magomedov revealed that he actually signed a deal to fight in the premier mixed martial arts organization:

However, in a recent interview with My Mom’s Basement with Robbie FoxUFC President Dana White clarified that even though Magomedov has signed with the UFC, it remains to be seen whether or not he will fight in the promotion:

“I didn’t know it was going to happen, but yes, we signed Hasbulla. And what will end [whether he fights or not] do remains to be seen.”

The UFC even released official Venum-sponsored Hasbulla fight gear through their online store to commemorate the signing.

The Tik Tok star suffers from a form of dwarfism and is 3ft 4in tall despite being (believed to be) 20. He first rose to prominence for his MMA showdown with Abdu Rozik, who also suffers from a similar condition.

Watch the face-off below:

Magomedov is expected to be in the corner of Nurmagomedov protege Islam Makhachev in his lightweight title clash against Charles Oliveira at UFC 280. Earlier this month, Makhachev’s manager Ali Abdelaziz confirmed the news via a tweet.

However, it seems not everyone is thrilled with the news. In a video recently posted on his YouTube channel, former UFC athlete Chael Sonnen suggested that using Magomedov as a prop for his own benefit was a cheap move by Makhachev.